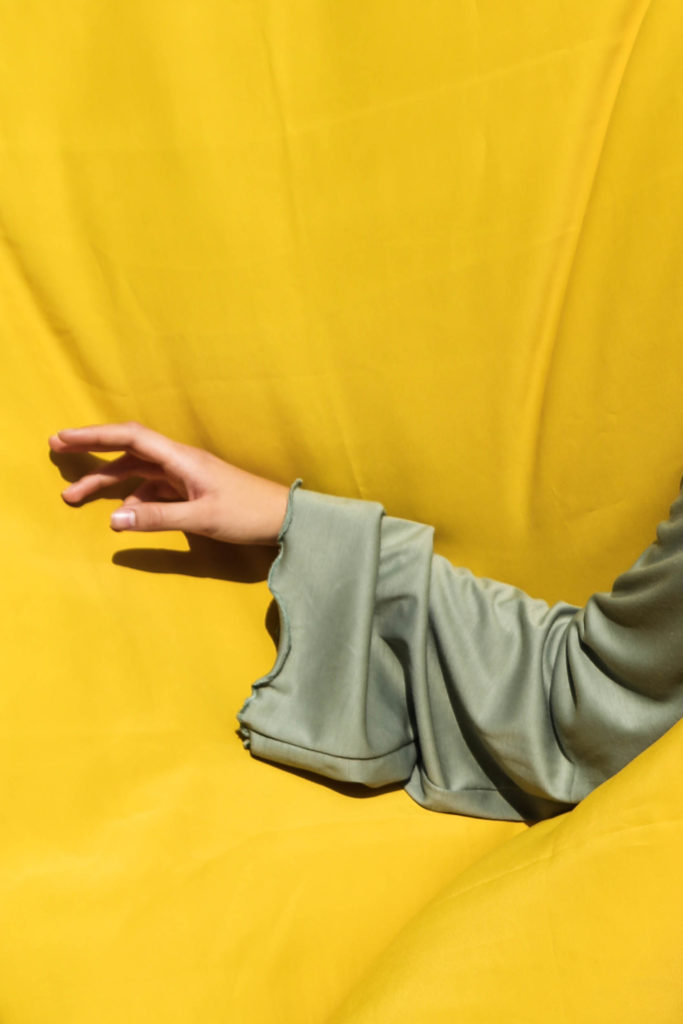 Fitting in and standing out

The dilemma of fitting in and standing out is not only a side issue in historical and contemporary design. To me, it is the leading question of the ever changing and cyclically renewing developments in art and fashion, which are characterized by the two basic needs of human creations: the love for decoration and the desire for abstraction.

For the creation of a collection on the fine line between decorative and minimalist, this means understanding the role of both elements throughout different cultures and times as well as finding a personal stance in this discussion.
In this context, the ornament has become the epitome of the conflict between these needs for me.

I was searching for new ways of working with the idea of decoration in order to reconcile it with minimalism. I did this by developing different techniques of fabric manipulation. Inspired by 18th century rococo, I used industrial-strength ropes, clear plastic tubes and full-body-length fringes coated in foaming pastes as analogies to traditional surface embellishments and body-forming elements of the time. The cut of the clothes, however, is strongly influenced by minimalist fashions of the 20th century.

Many garments are finished with graphic prints, which I have digitally derived from the same effect that moiré fabrics use, which have been widely used in historic fashions, such as in rococo, but they have always been the most minimalistic décor, compared to other ornamented surfaces.

The overall appearance of my garments is strongly influenced by the contrast of rough surfaces and raw-edges and geometrical and clear forms. This is another layer of the dialogue between ornament and minimalism in this collection.

My goal was to design a collection that knows and respects the wish to fit in, but attempts to look beyond it. As it sometimes seemed to me that decoration has become even vulgar in urban contexts to some, I strived to find a new form for the ornament. One that serves the needs of both reduction and decoration. Therefore the ornamented surfaces in my collection are mostly done in one sustaining color per garment. They are not merely add-ons to the fabrics, but worked in or out of the fabric, always as a part of the fabric itself.

However, this  does not mean in any way that my work is about moving oneself into the center of attention or feeling above everyone else by means of fashionable gestures. Rather this collection is about conveying a sense of new bravery and self-confidence to withdraw from the fear of standing out and to re-discover the possibility of performing identity through fashion in the urban millieu.

After all, my work is about gaining more joy from creating something, than from rejecting it. It is about rediscovering design as a means of perception of our surrounding. But most of all it is about admitting that we are not without needs, but rather that our desires should also be shown outwardly.