I want to use the algaes to capture CO2, working against the air pollution in the city. The Spirulina Microalgae is one of the best materials for that. So I created a “Floating Algae Island” to have a container which makes it possible to grow the algaes on water. In one year two of my designed containers would capture as much CO2as a fully grown tree. The air in the city can be cleaned in a new way.

FACT / ACT / IMPACT:
I want to use the algae to capture CO2, working against the air pollution in the city. We are trying to reduce our emissions but still, the air pollution is constantly rising. The earth is getting warmer and warmer and we are far to slow working against this problem. Over the last years the number of trees who dried out increased exponentially. Because of the extreme hot and dry summers they are not able to survive alone anymore, especially in urban areas.
Over my research I tried to find new ways of CO2 binding materials or plants and realised that the Spirulina Cyanobacterias/ Microalgaes are one of the best methods to clean the air. The algaes can grow only under special conditions. To grow they need the right temperature, fresh air and a fertiliser, which you have to add to the startculture of the Spirulina algaes. If they float on the river, it will help to hold the temperature during summer and guarantee a constant movement to mix them up while growing.

A second reason to install them on the river is to disturb no other existing and functioning infrastructure in the city. In the case of Berlin I chose the “Urbanhaven” in Kreuzberg. There is a very big unused water area. That is why I created a “Floating Algae Island” to have a container which makes it possible to grow the algaes on water.

After 25 days they are fully grown you can harvest them with a fine sieve, which is already integrated in my design. The containers are planned for summer because the algaes also need enough sunlight and warmth. During the winter they are intended just to look at or as an sitting area. Additionally I thought to use a after glow acrylic paint to colour the steel parts, that they glow by night. It could be a meeting point for people, sitting next to them on the riverside or a mark for ships. Also you could sit, stand or lie on them, when you need a break of your boat tour or when you harvest the algaes you could rest a moment.
Another positive aspect is that they are food or a fertiliser for other plants. You can easily dry them for storage or eat them directly. They are an interesting and a very healthy ingredient for many different dishes. In Berlin there are already many people who are trying to grow their own food, for example „Prinzessinengärten“. They would also have a new space to grow algaes and harvest them or share them with other interested people. Humans who get in touch with the containers will realise that we have to think about new ways of air cleaning and foodproduction for our future. 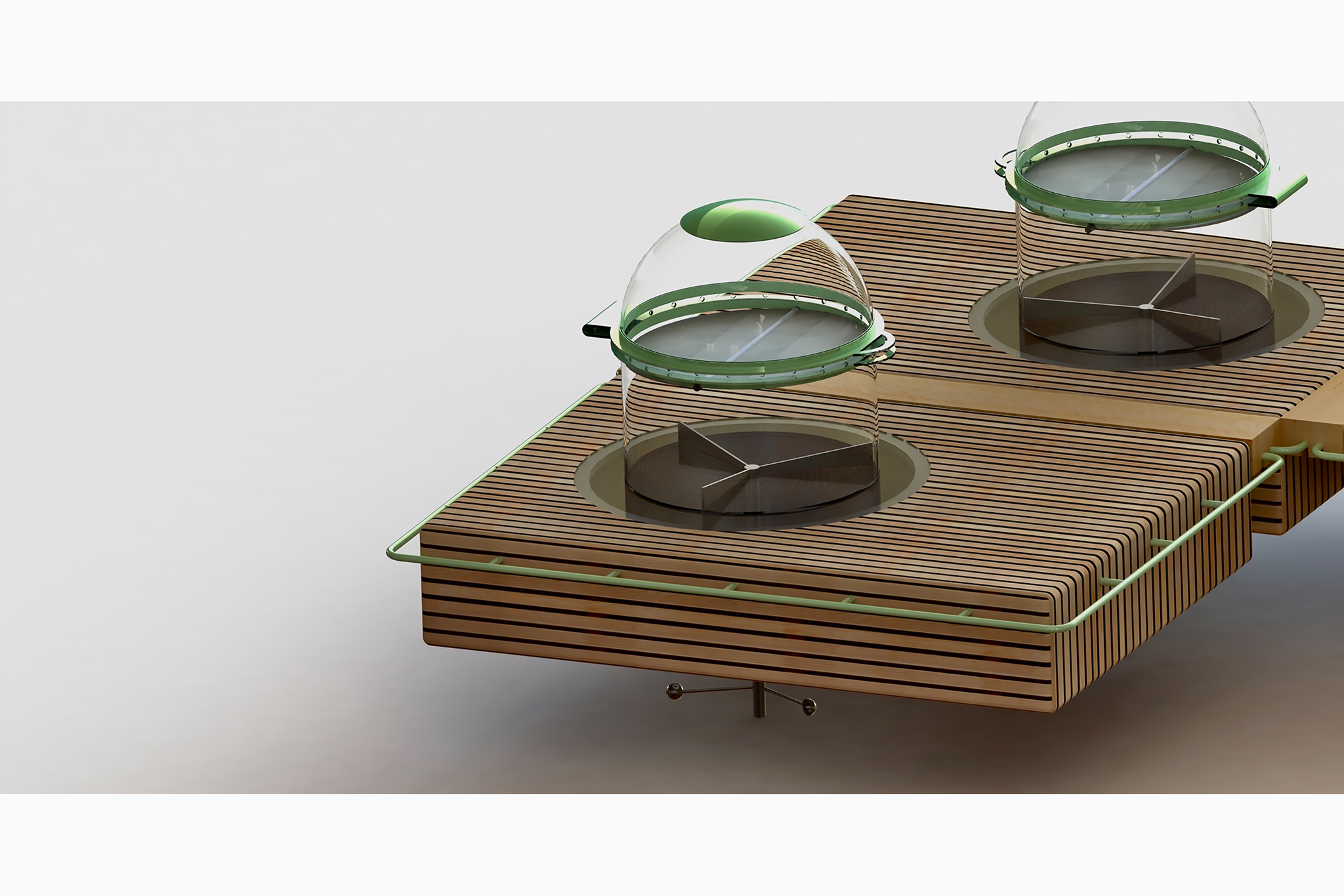 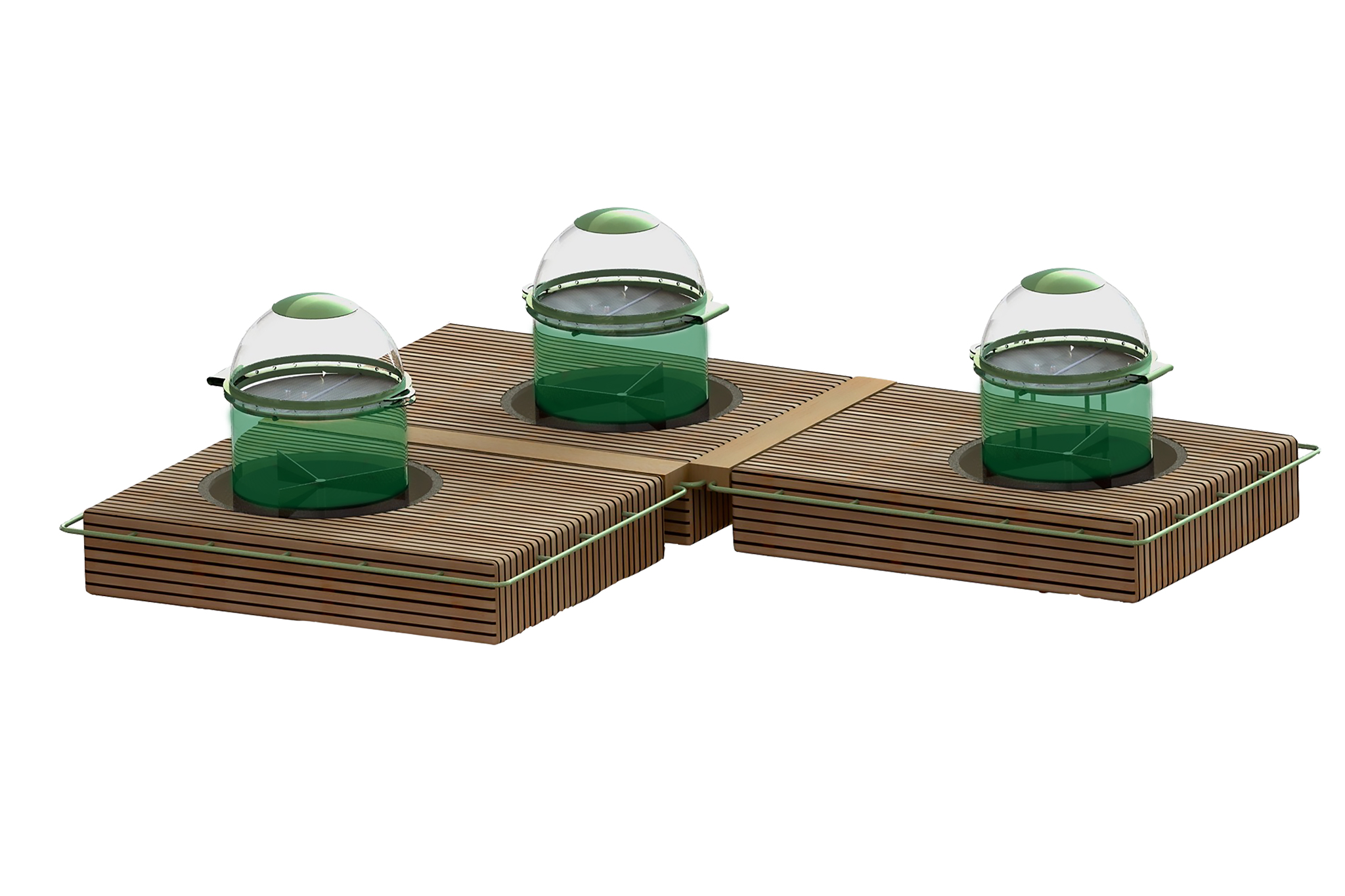 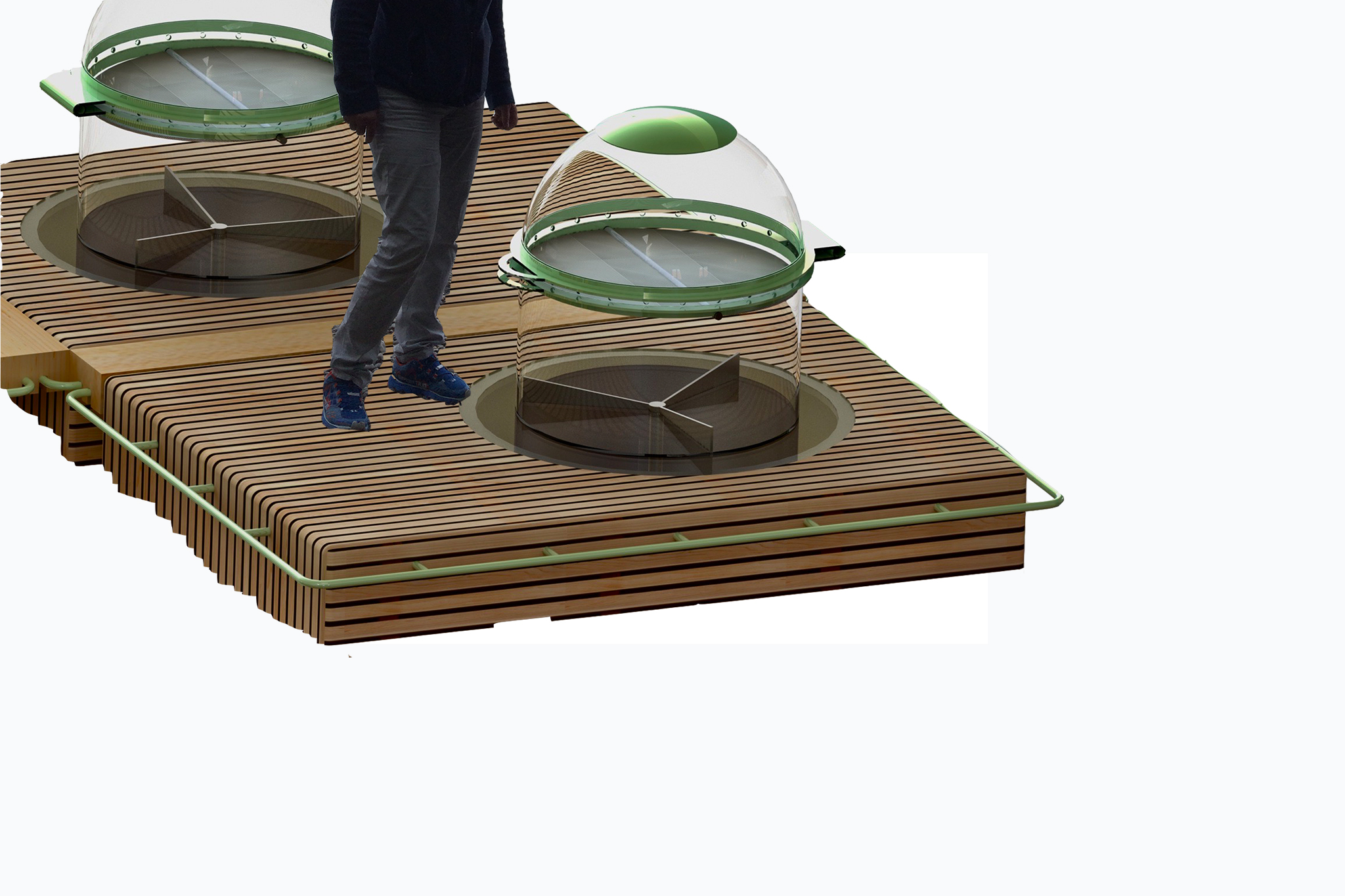 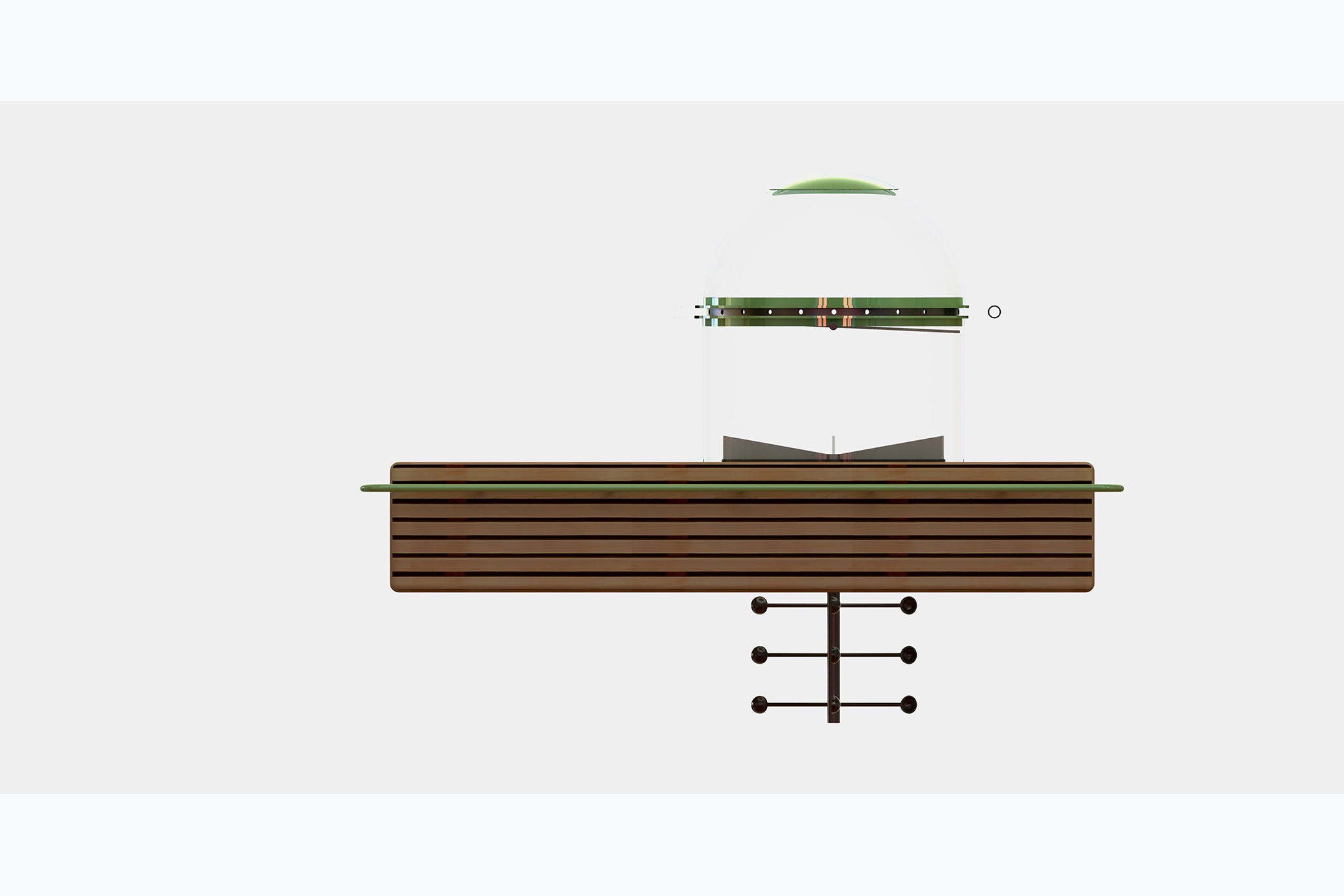 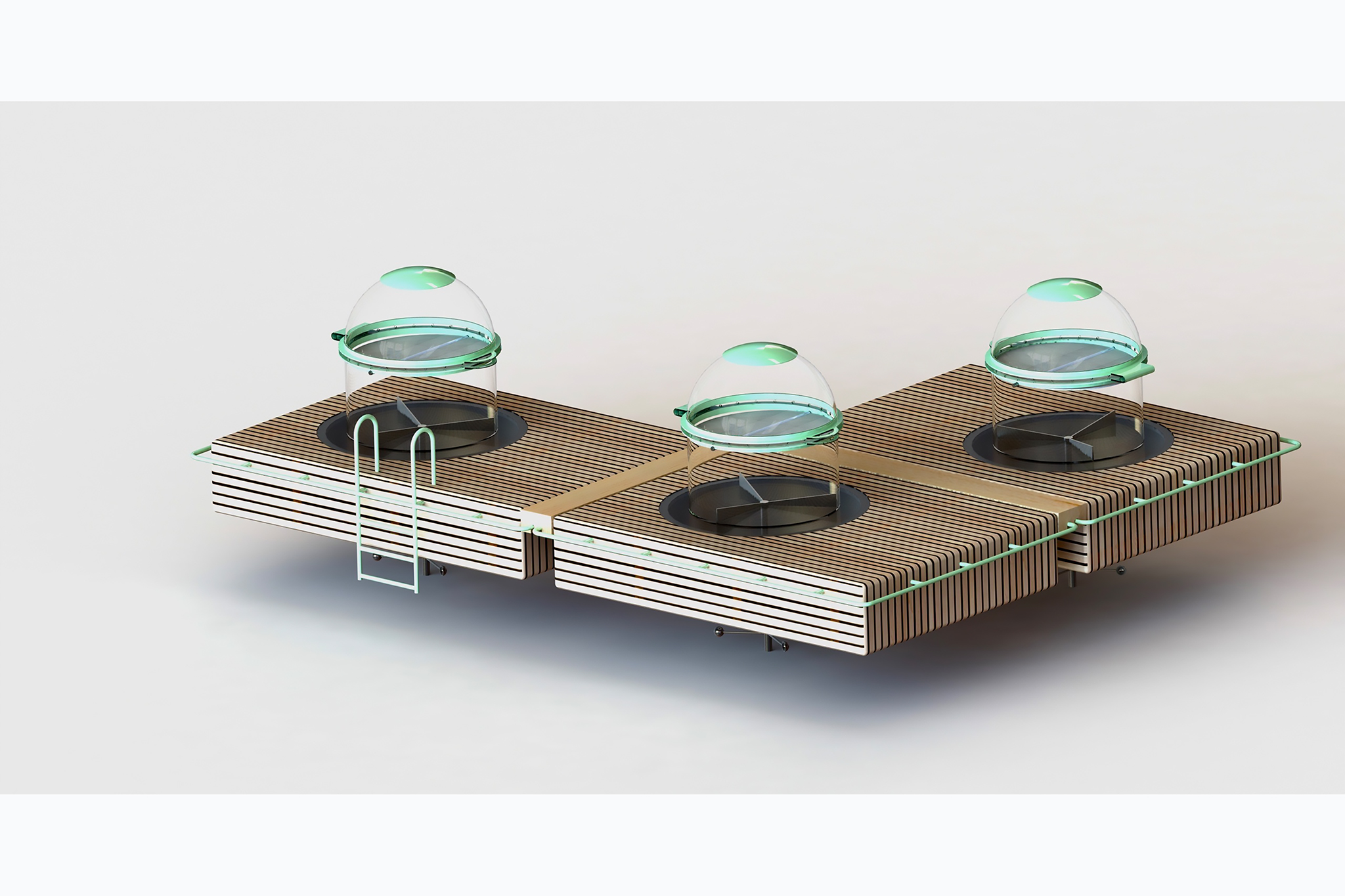 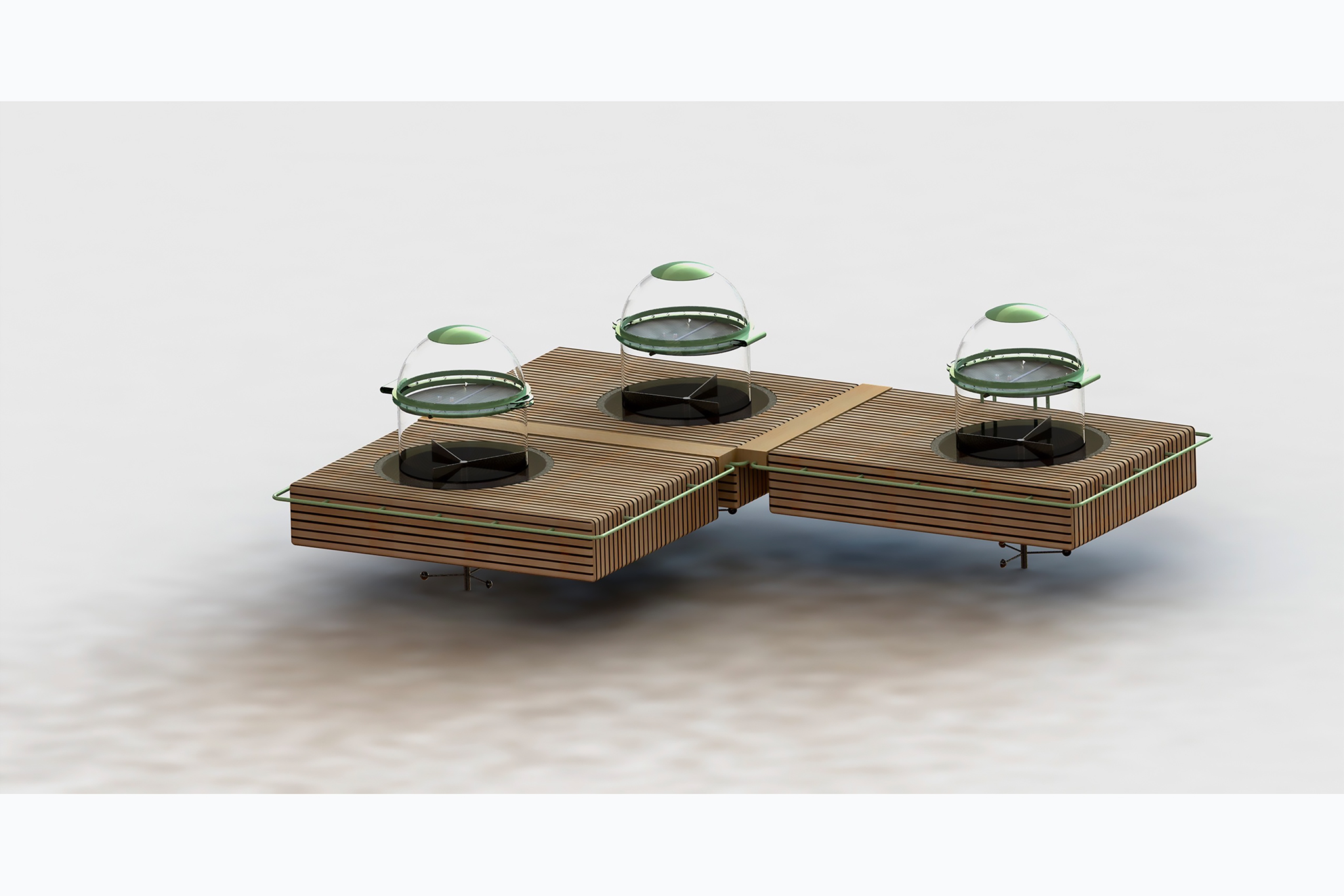 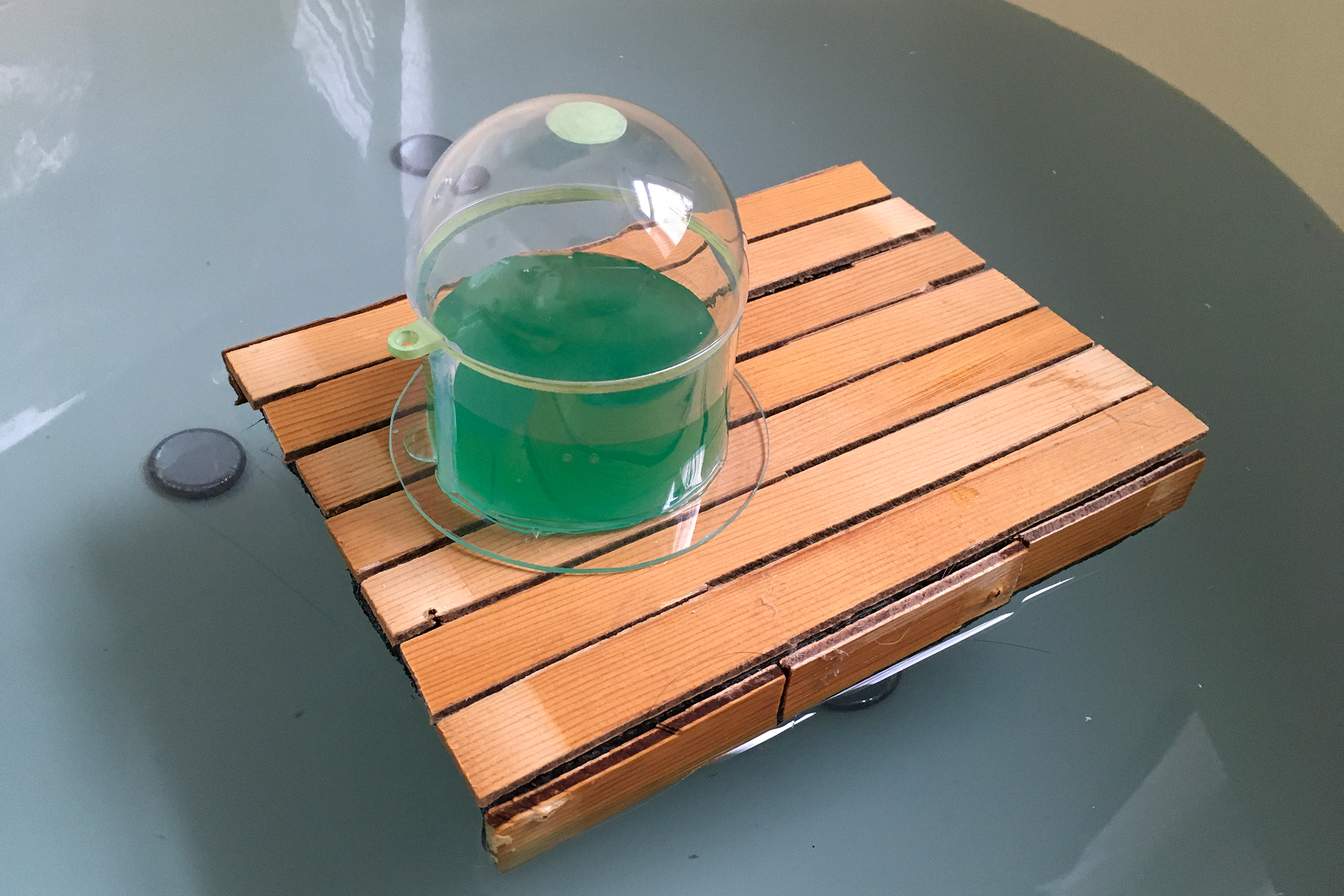 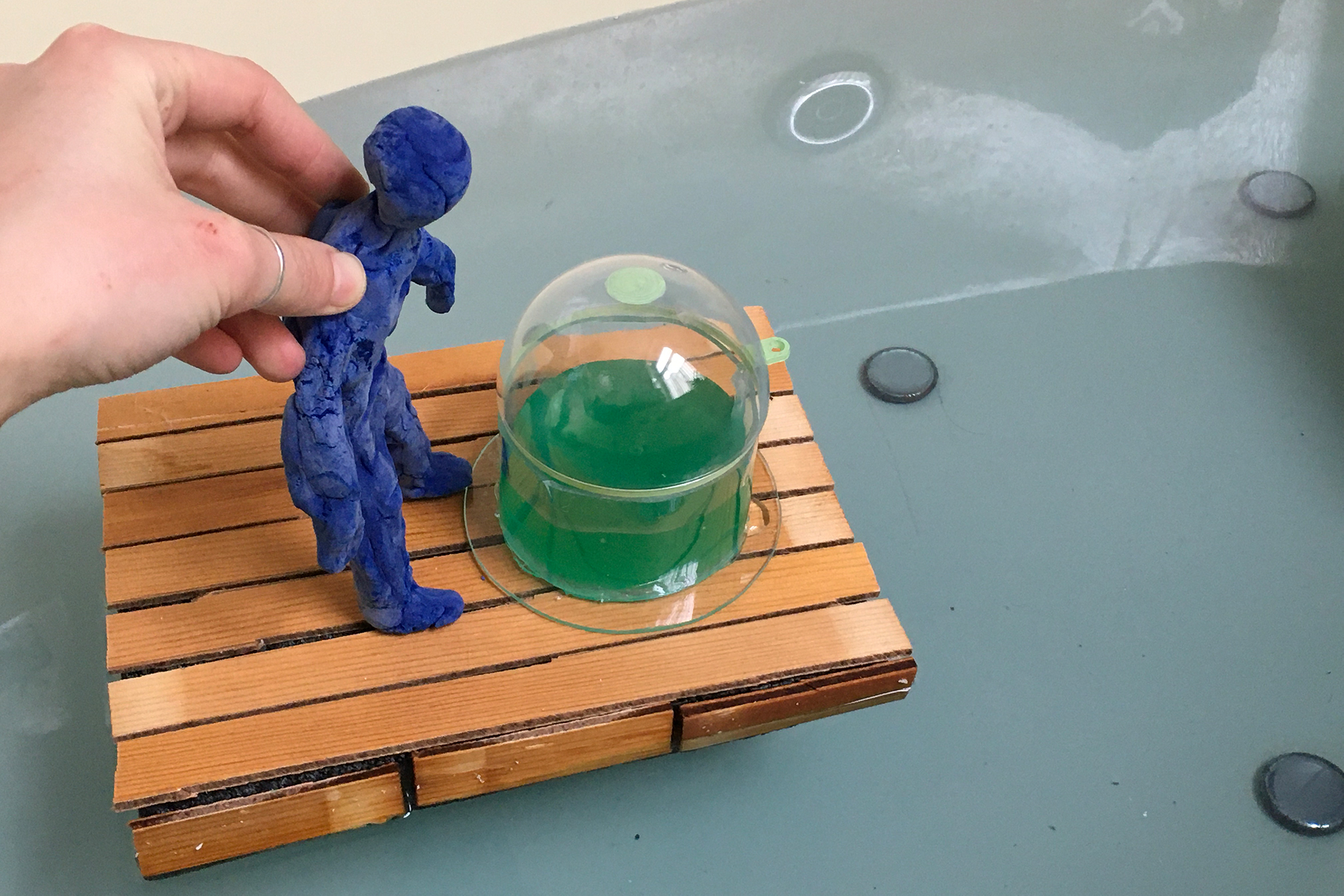 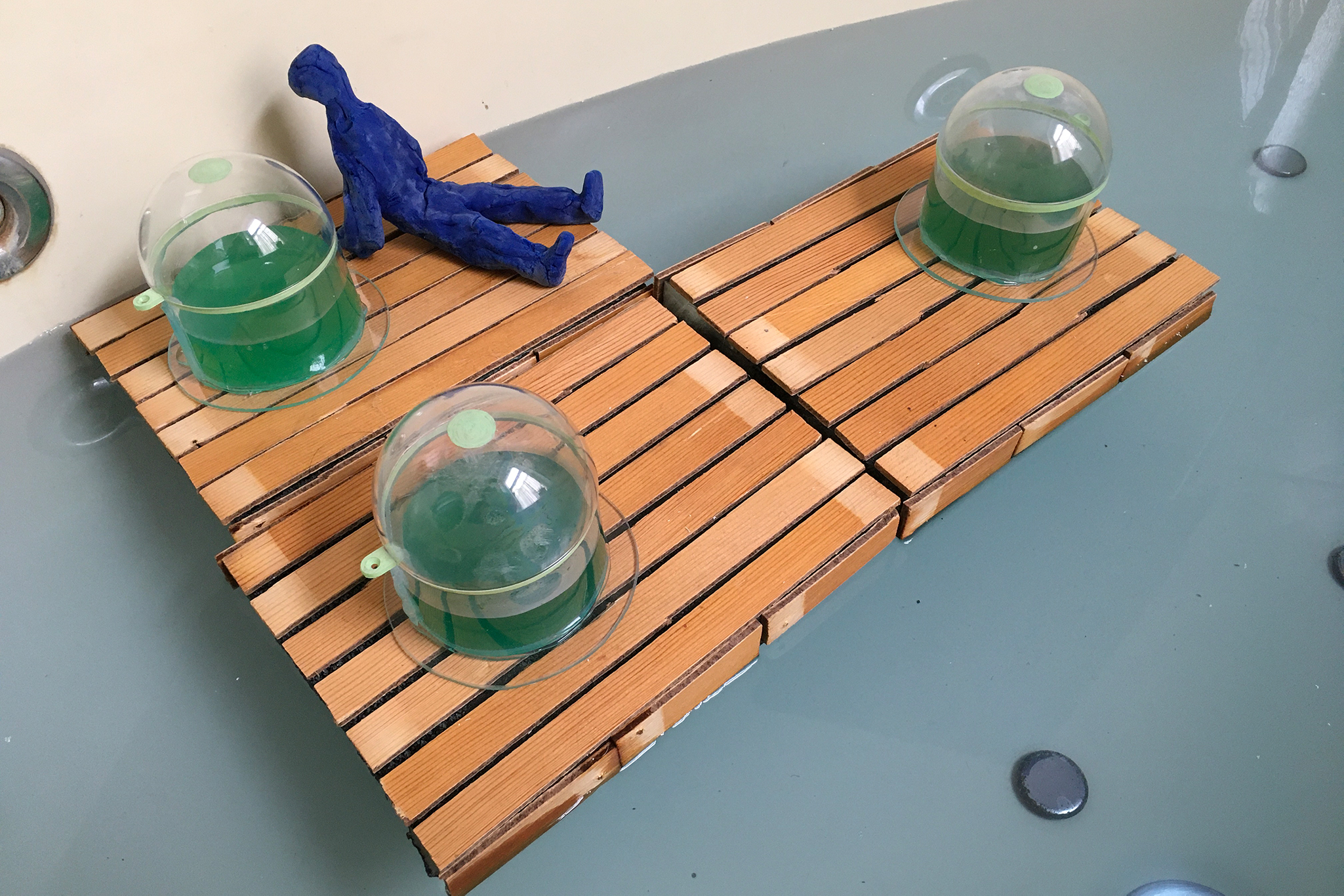 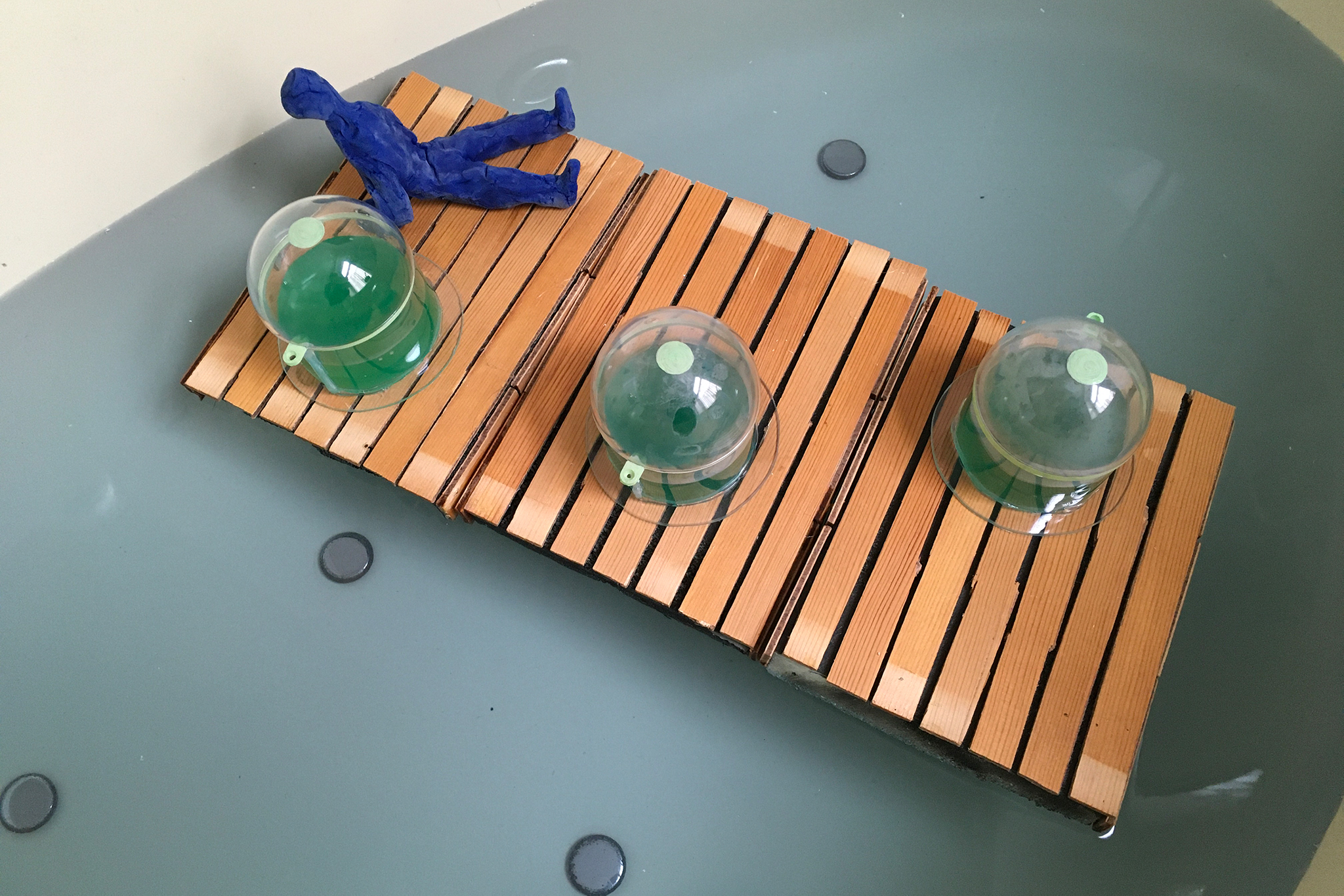 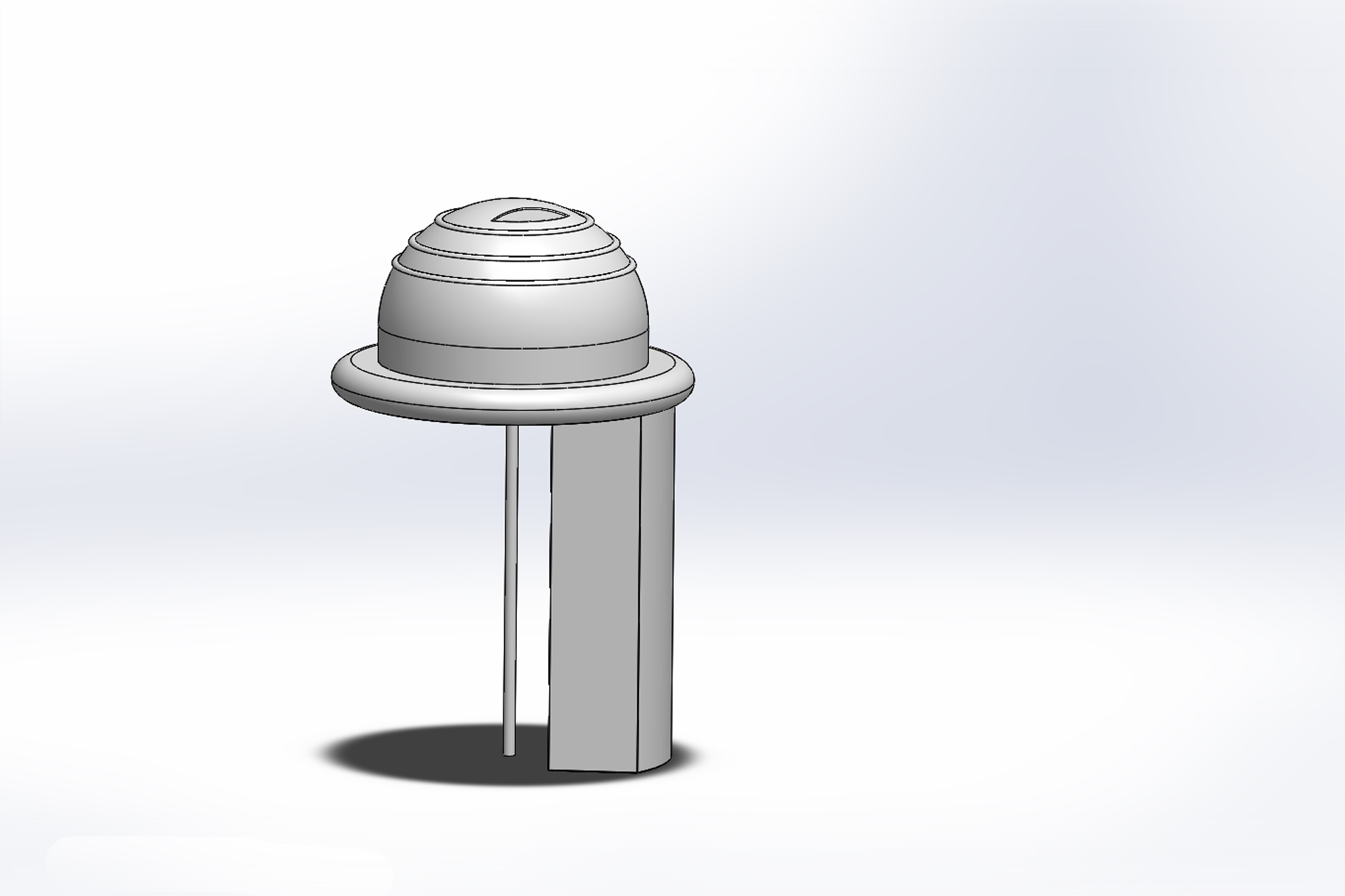 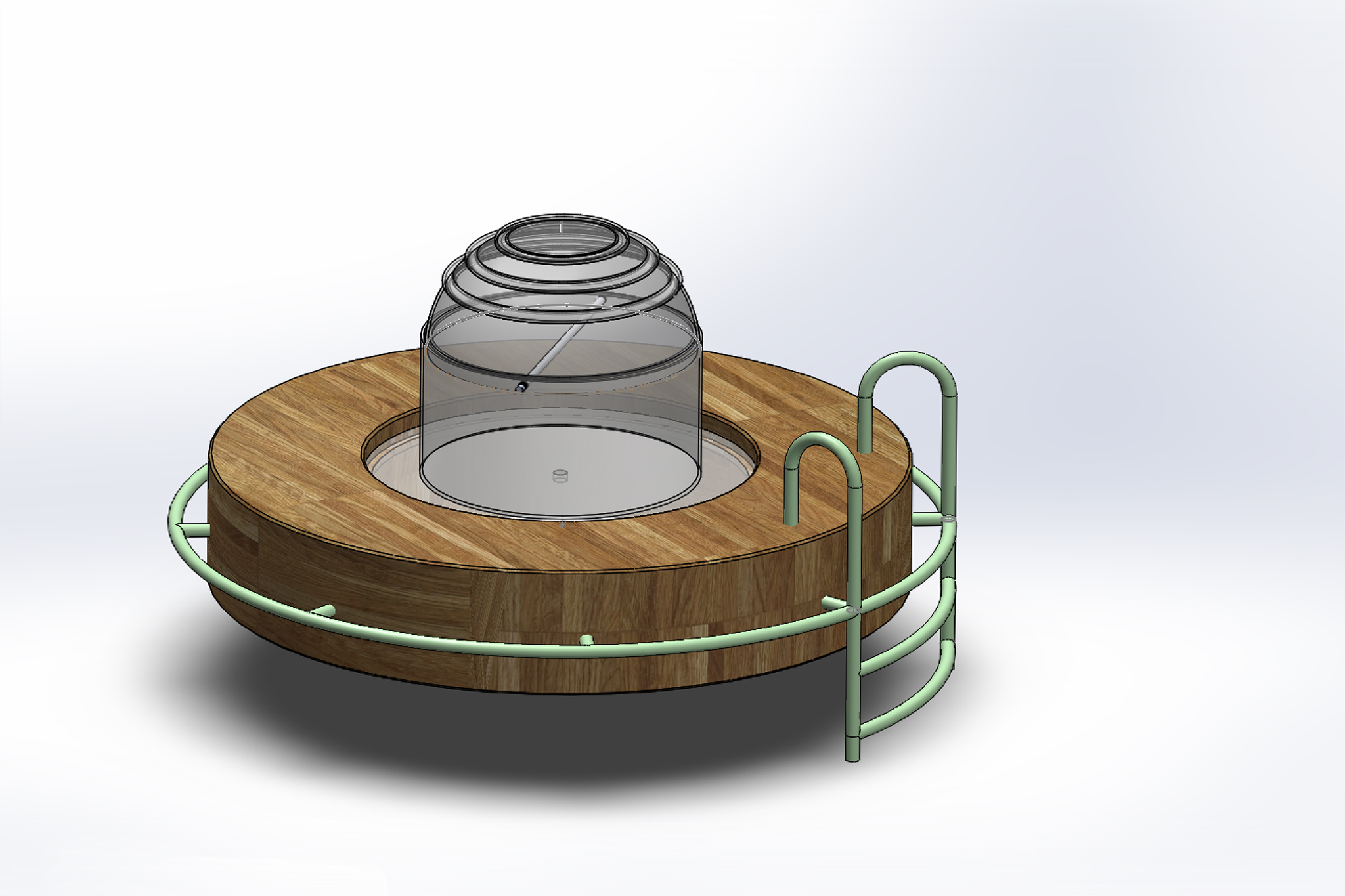 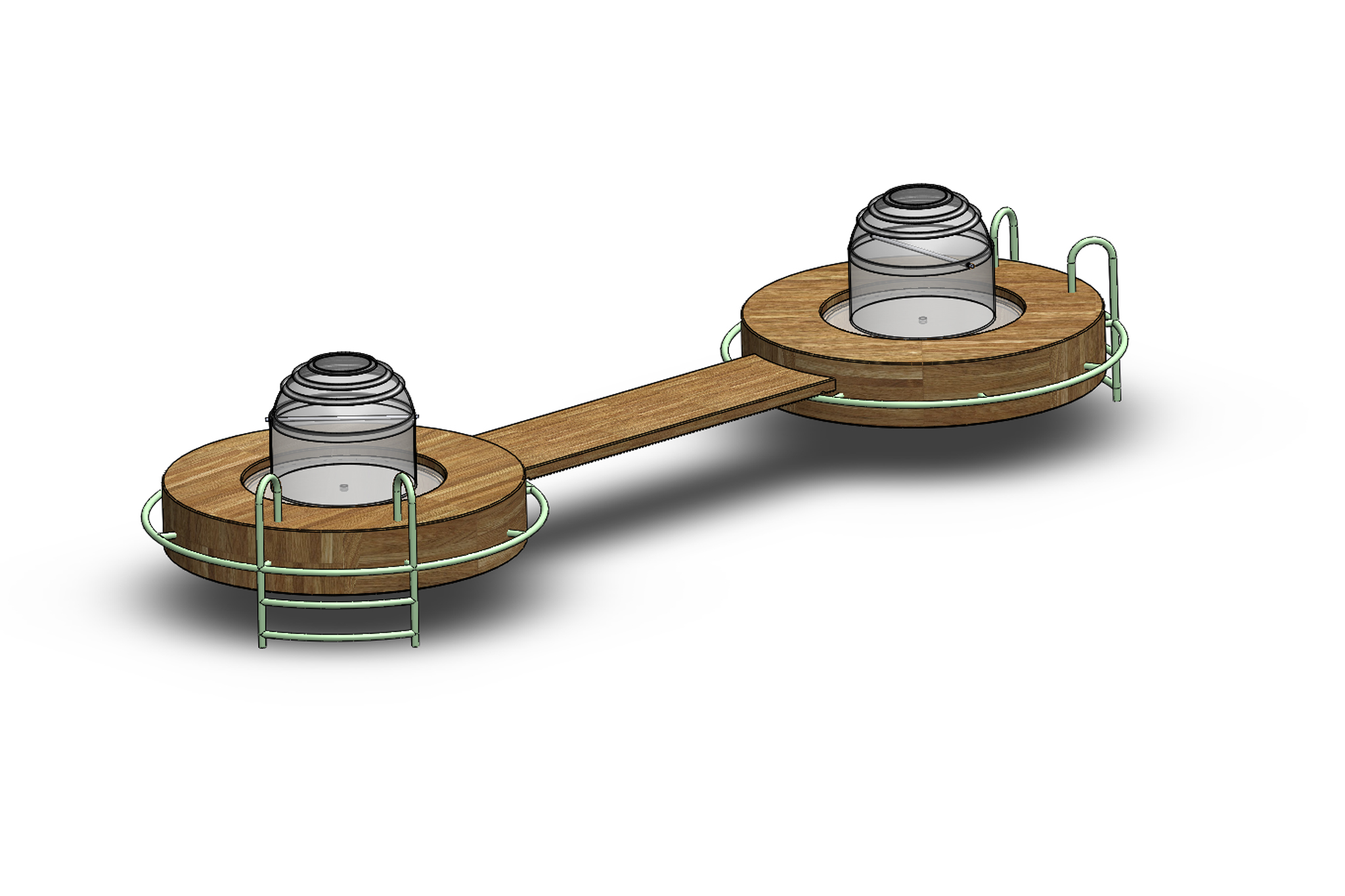 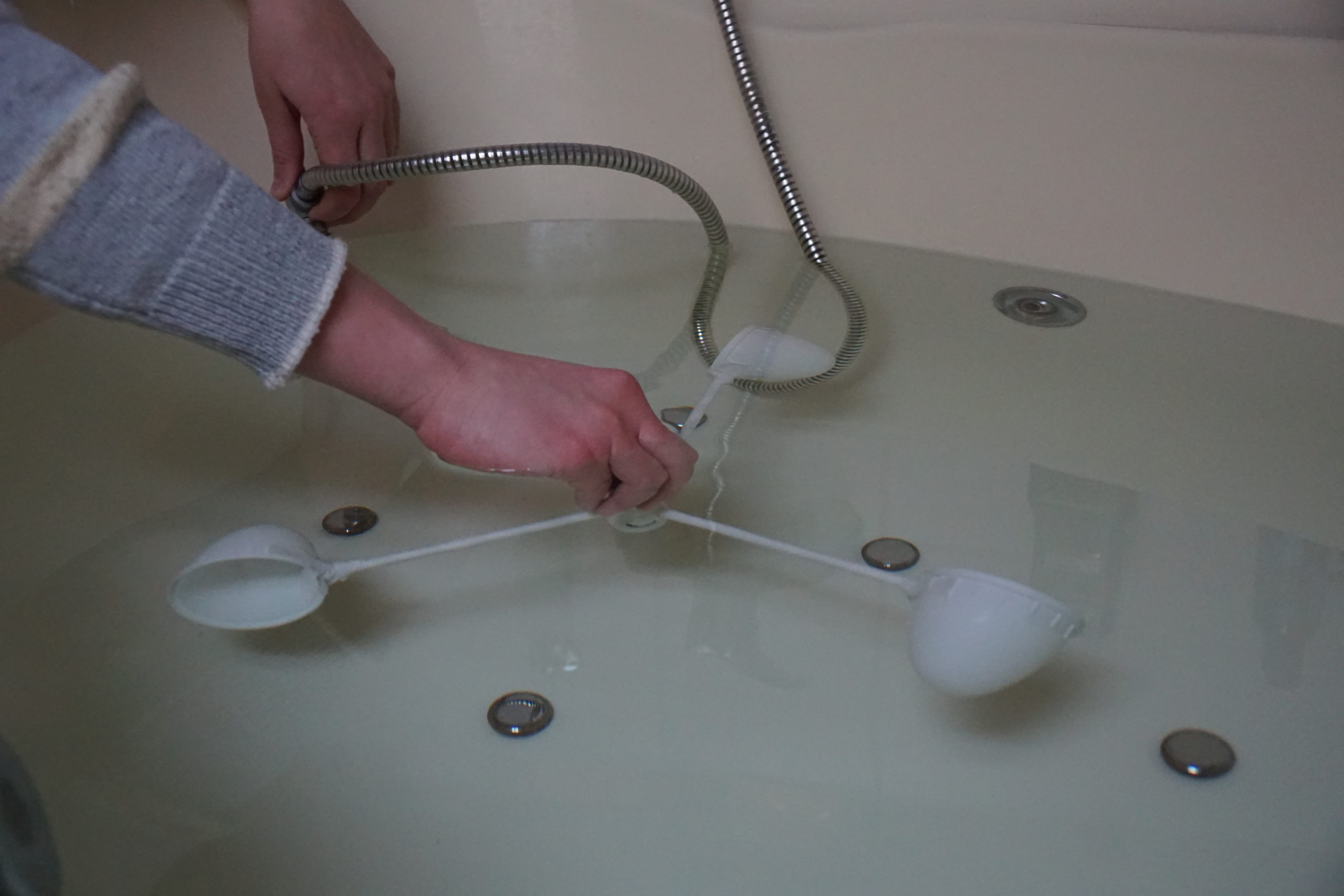 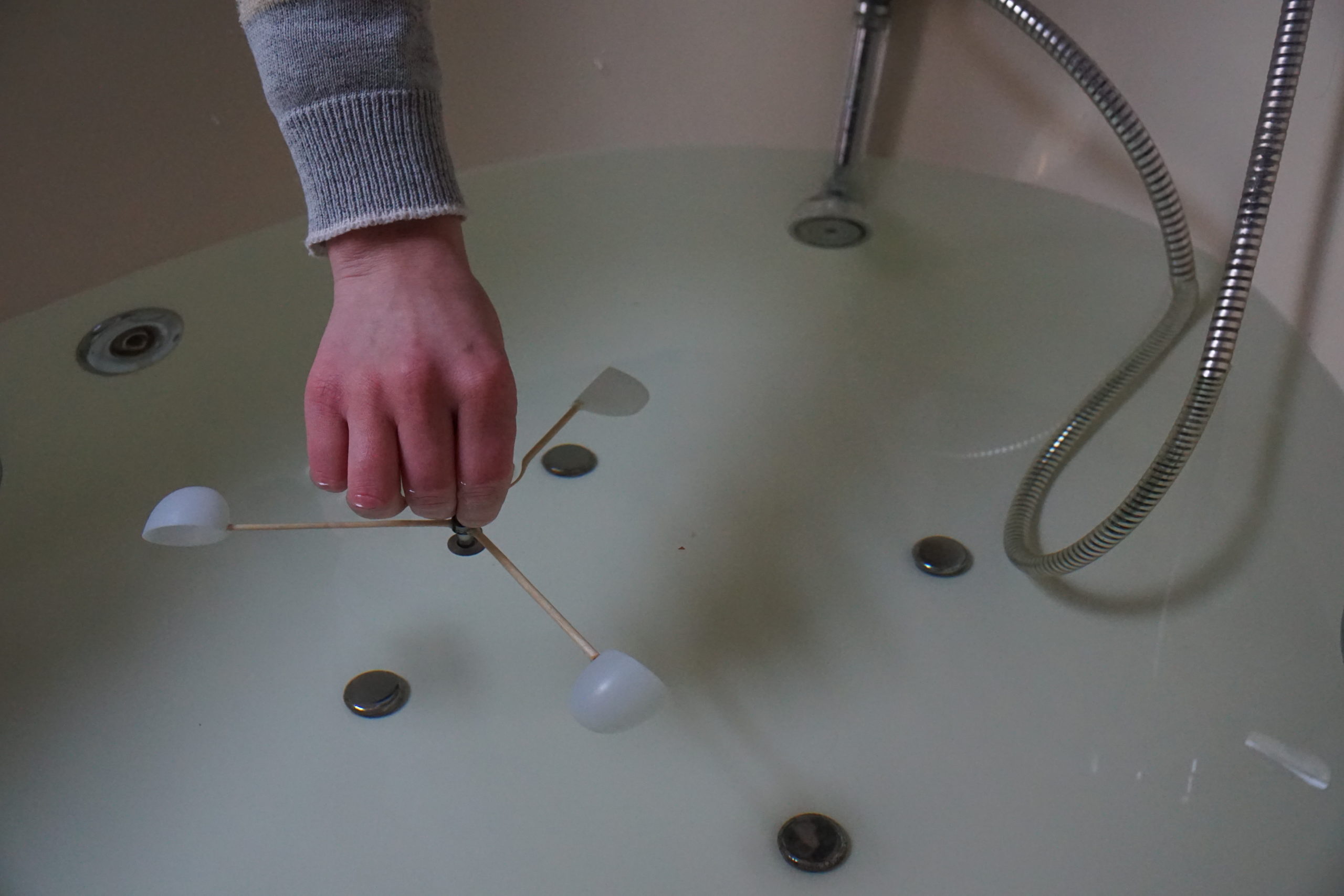 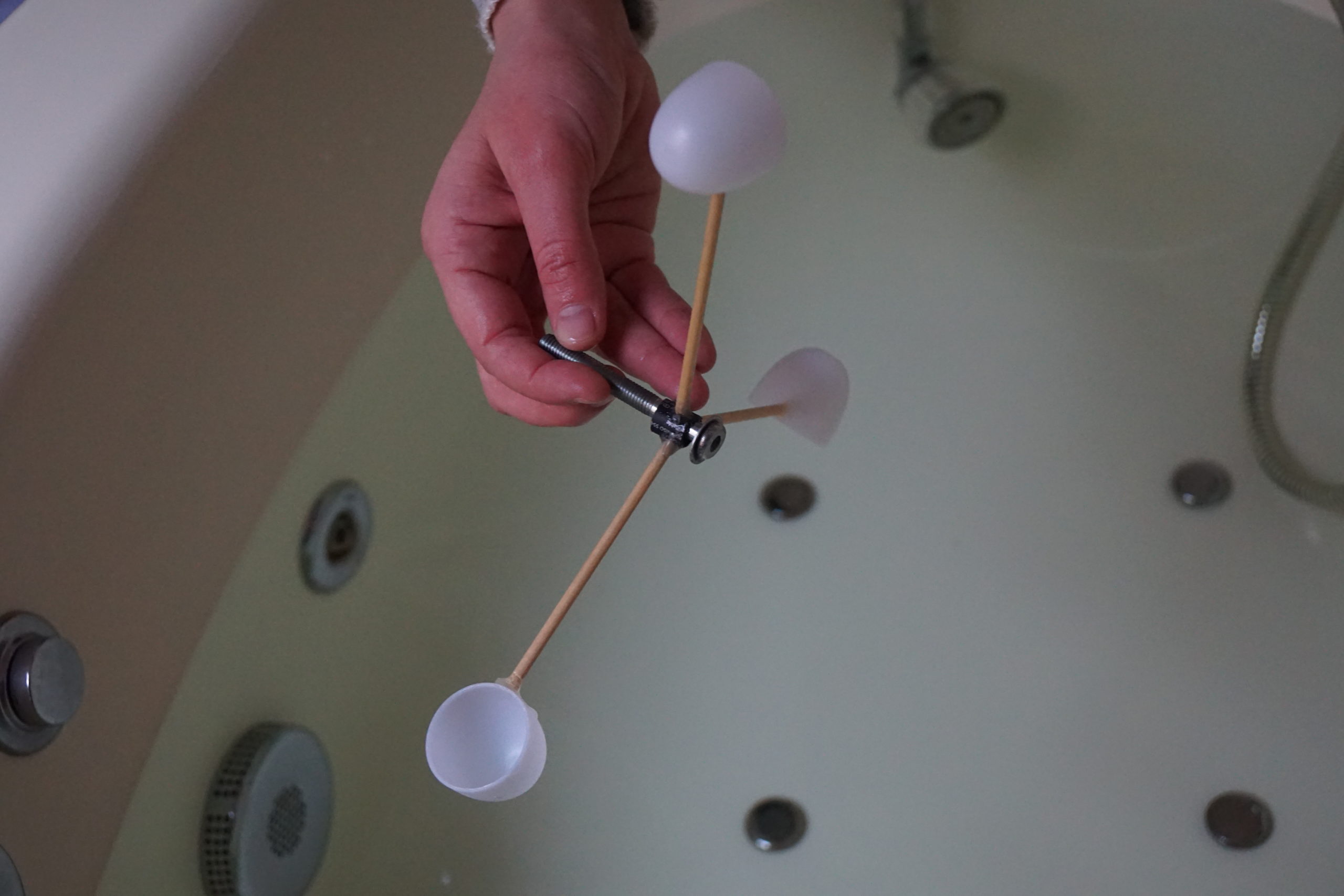