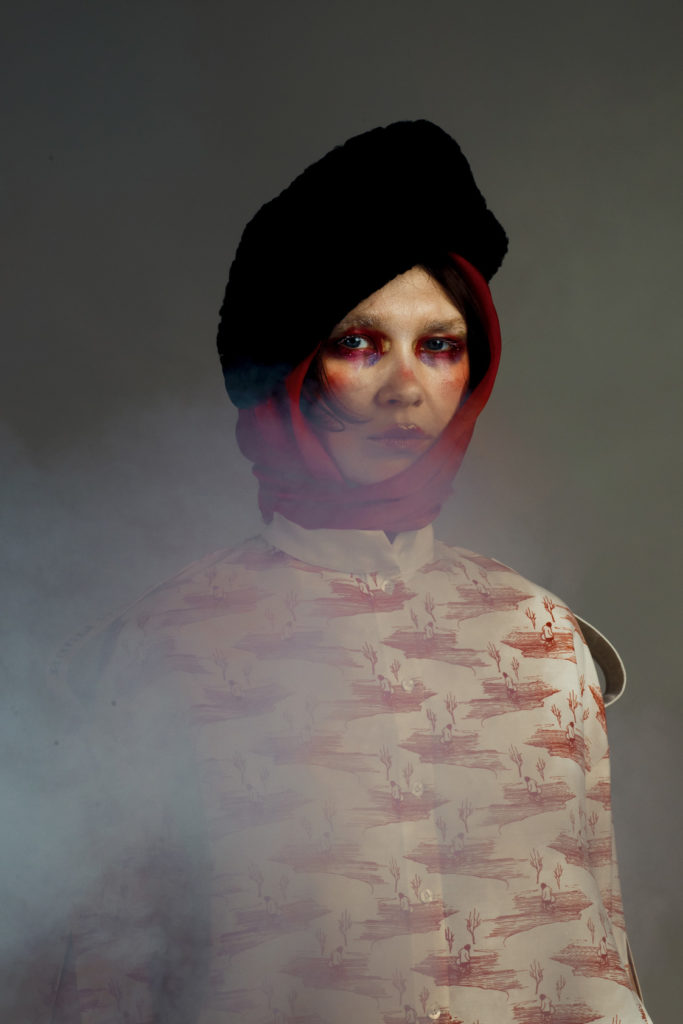 between ash and dust, swamps and birches
– there lies my babushkaland.
lets cover it with warm woolen scarves
of embroidered flowers and call it
the country of women.

This project is an attempt to connect myself to my Belarusian roots. In psychotherapy there is an understanding, that all of us carry some kind of transgenerational trauma in us. Women in Slavic regions have undergone extreme circumstances in the last century and the Babushka (Russian for old woman) is the perfect archetype to lean on to explore these traumas. Decoding their way of clothing means researching many layers of Slavic and Soviet traditions and understanding the role of women in this region in general.

The economical despair, several wars and communist oppression robbed the men of the possibility to claim their position in society, fulfilling the traditional male role. Most of them turned alcoholics, emotionally castrated, put in Fruedian terms… As the traditional female role isn’t threatening to this type of totalitarian government, they seem to be the only ones to bear the weight of both, the traditional female and male roles. Still Belarusian women are at the forefront of the opposition in Belarus right now, because of the underestimation they face and their determination.