IT IS STILL HERE

A preserved image of Antarctic ’Doomsday Glacier’ as a memorandum and decorative tablepiece.

The Thwaites Glacier – also called Doomsday Glacier – is one of the most significant and spectated Antarctic glacier, considering rising sea levels. It is considered as a forefront of Antarctic ice in regard to global warming. With new found warm-water currents underneath its field of ice shelf it is predicted that large parts of the glacier will be fully melting off and flowing into open sea within the next ten years.

It Is Still Here is a new take on the role of porcelain objects as table decorations and conversation pieces as we know them from the 16th century onwards. The collection of four objects shows an abstract portrait of the ever-changing and melting Thwaites Glacier, frozen in time. Preserved in porcelain, a material similar to ice in its color, feeling of temperature and brittleness, but a lot more durable, so one can take the memorandum to the glacier into the comfort of their own home. Reminding us, that right now the glacier is still there.

Depicted are four typical parts of a glacier, modeled after currently existing examples of the Thwaites Glacier, but they can also be projected on many other glaciers, as the threat of melting off is there for a lot of them. Of all glaciers worldwide the major part is receding because of global warming and fueled by smaller factors such as warm water flows and glacial blackness.

The pieces will bring us closer to a spot on earth, which is very important to our climate and will once be lost forever. 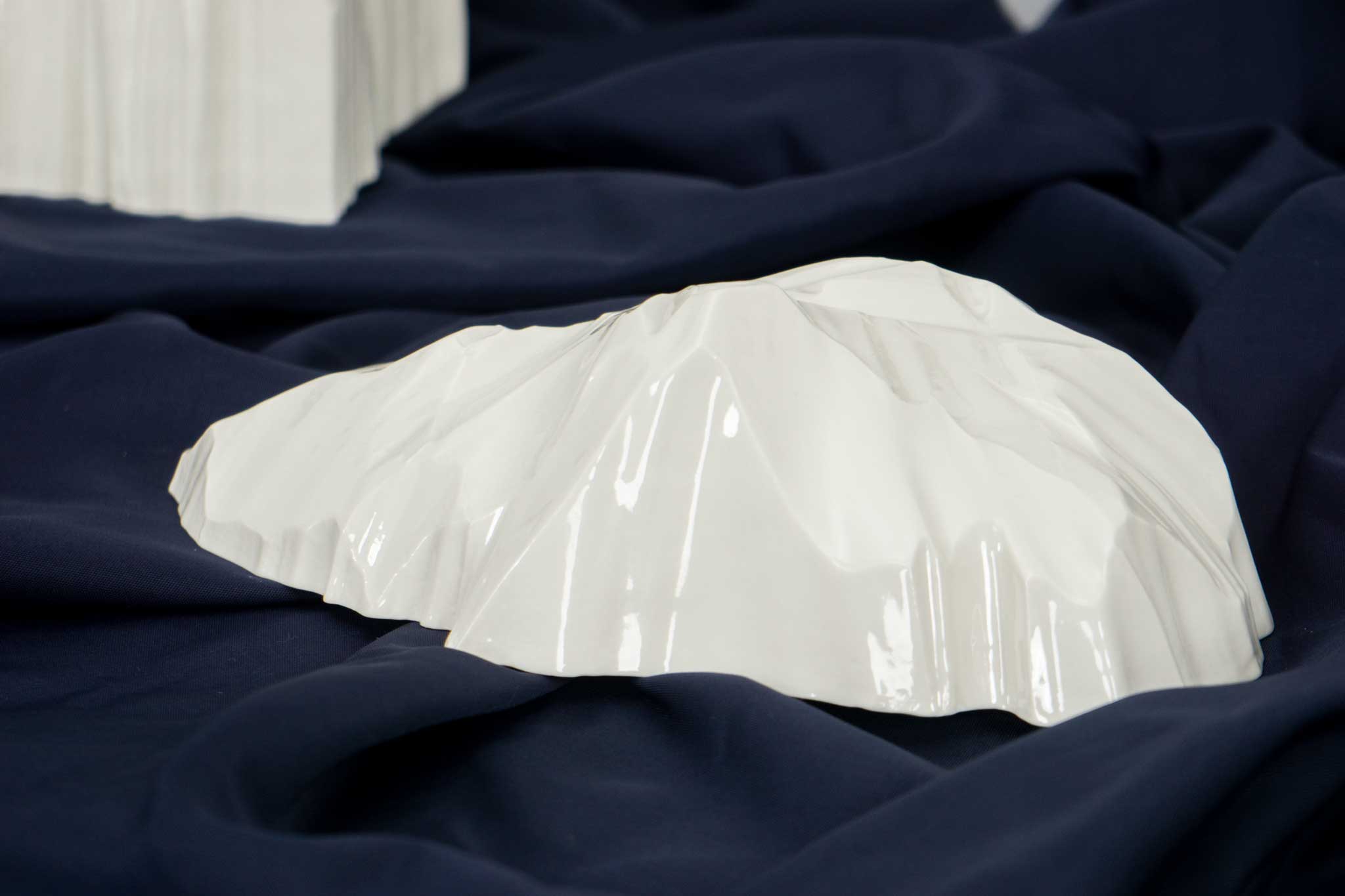 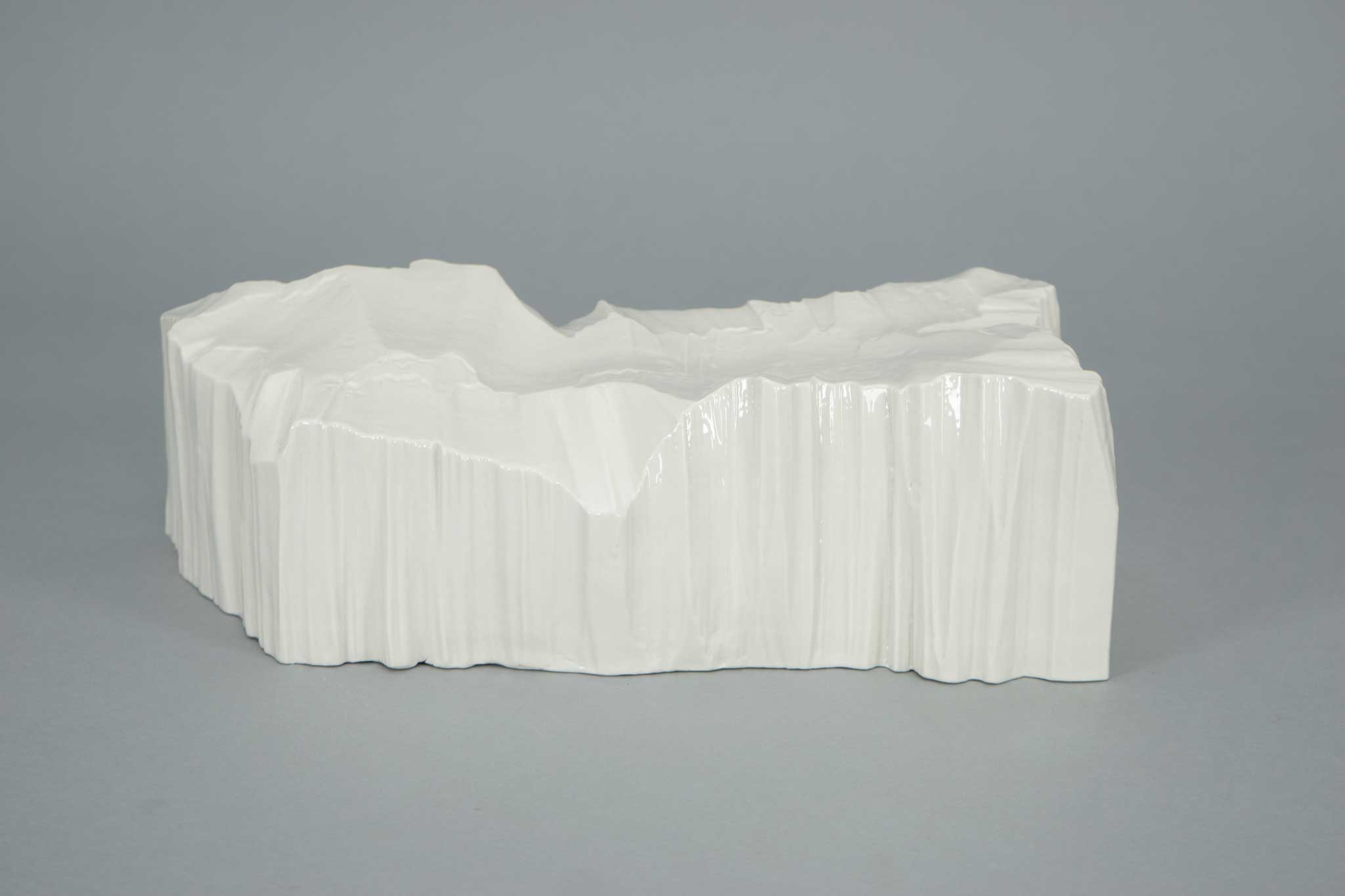 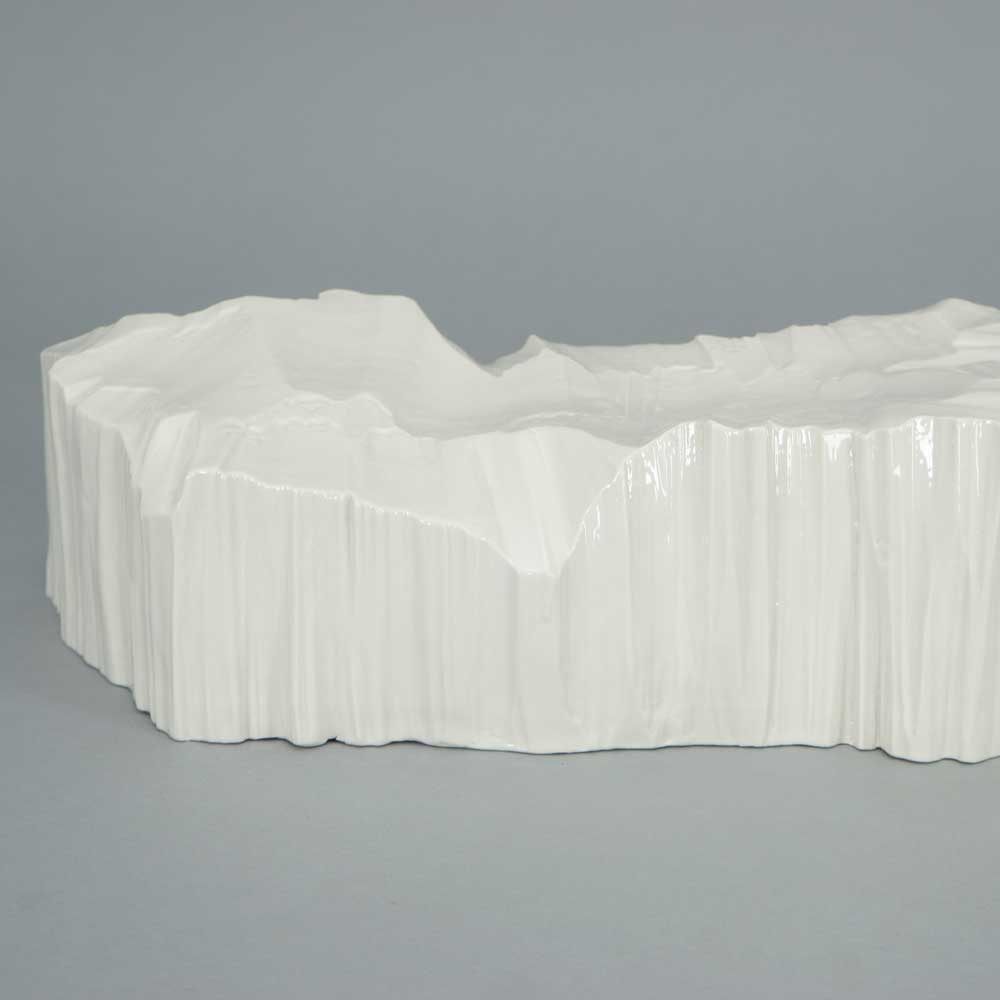 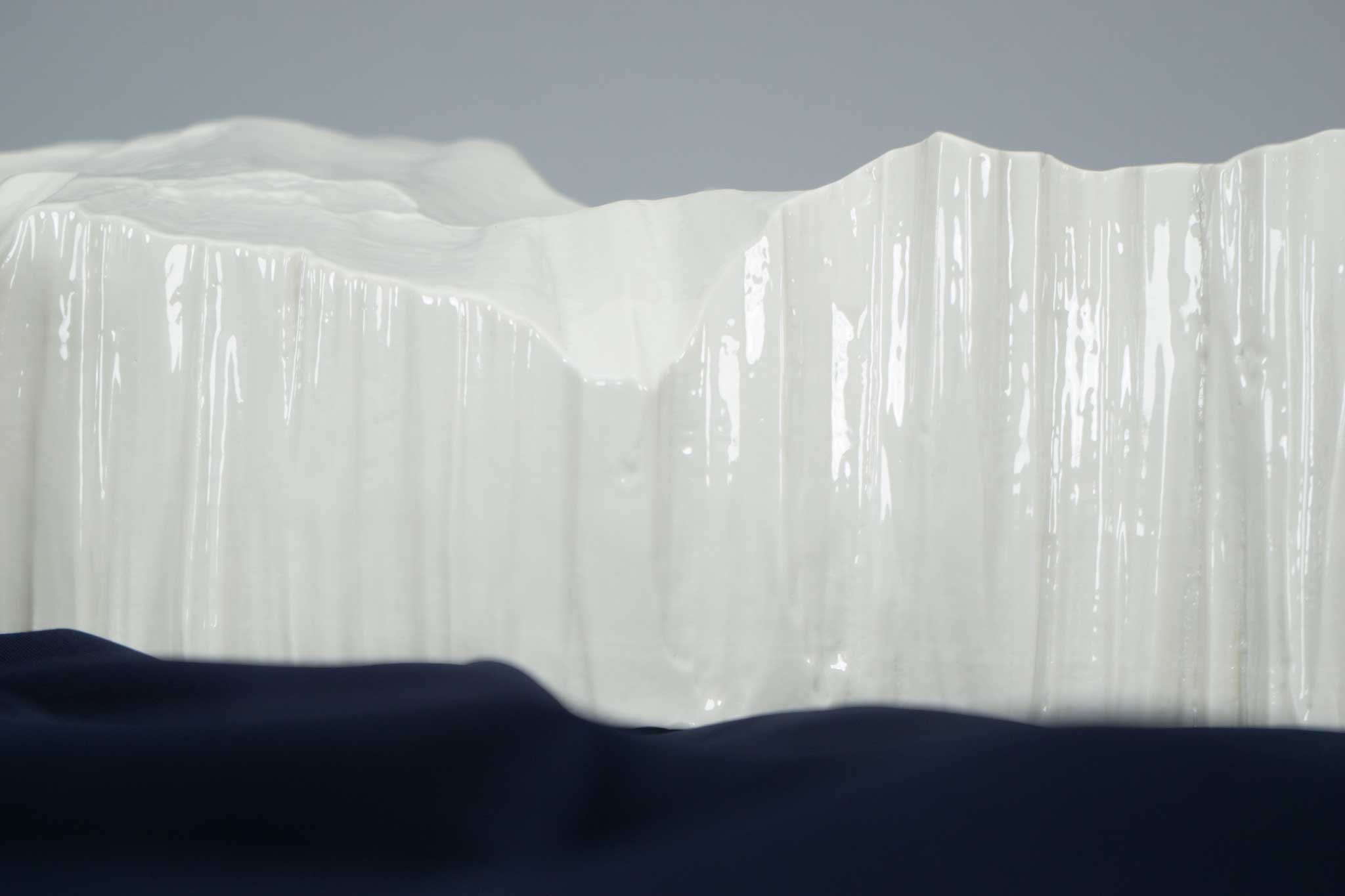 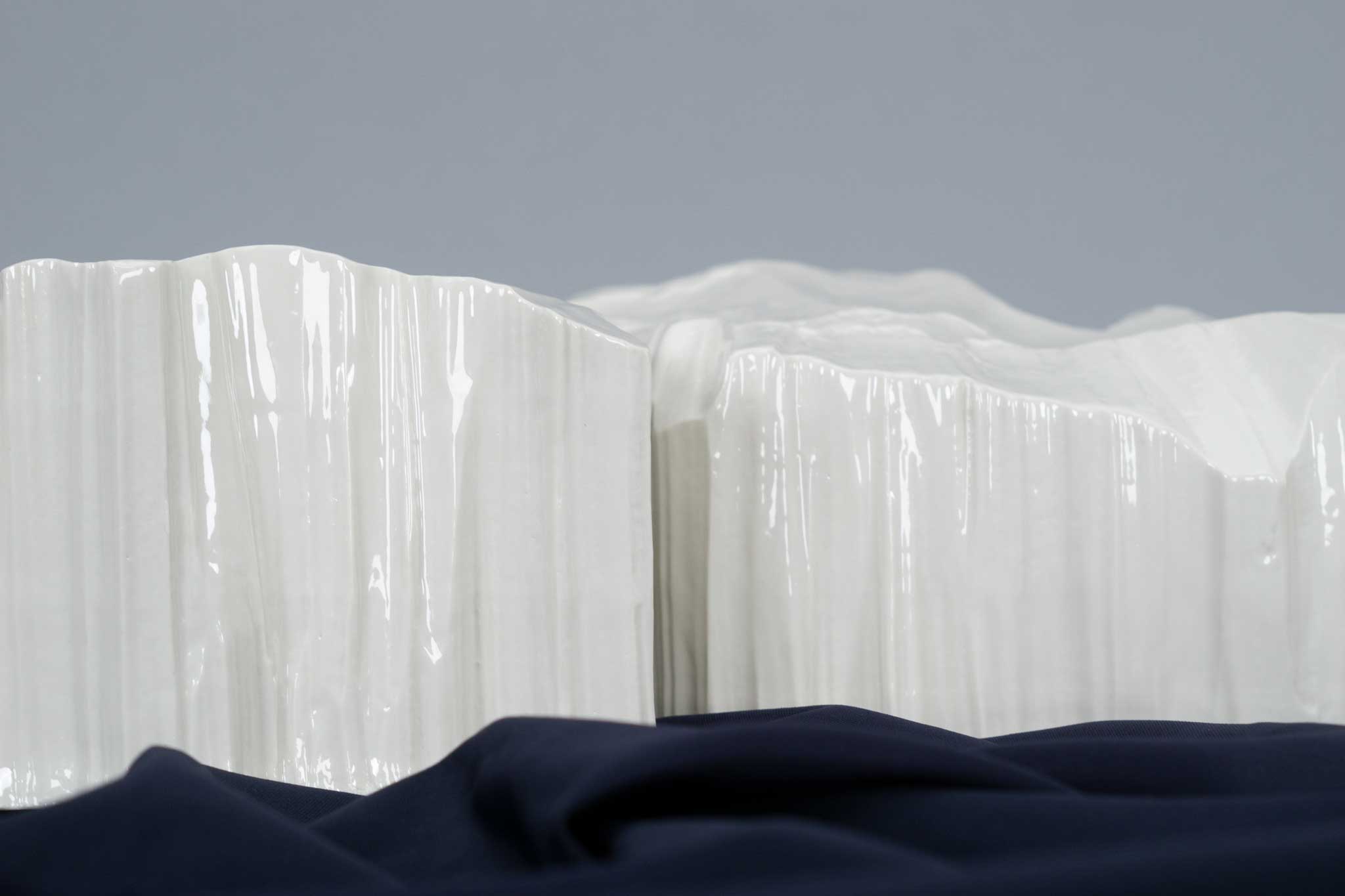 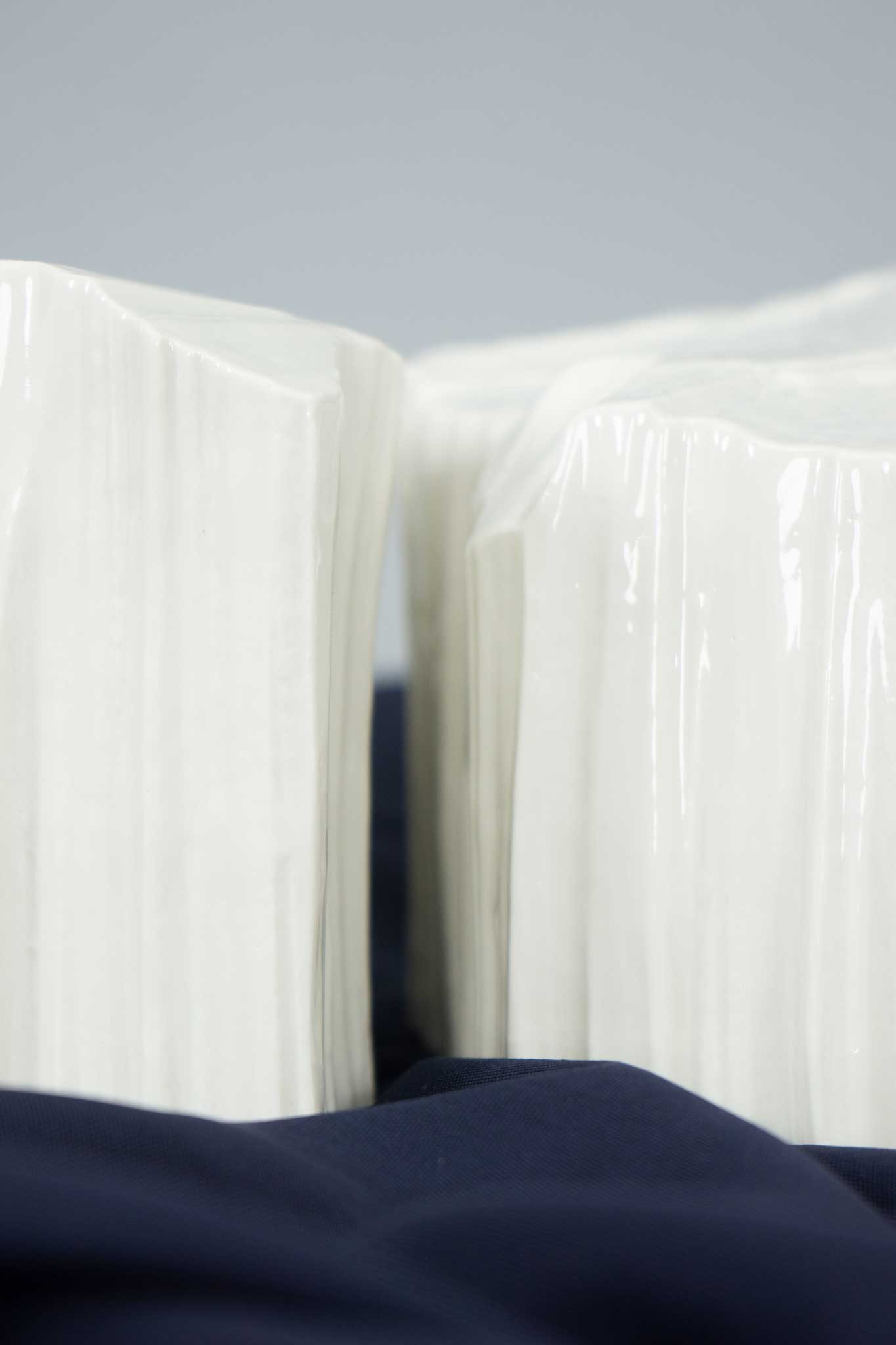 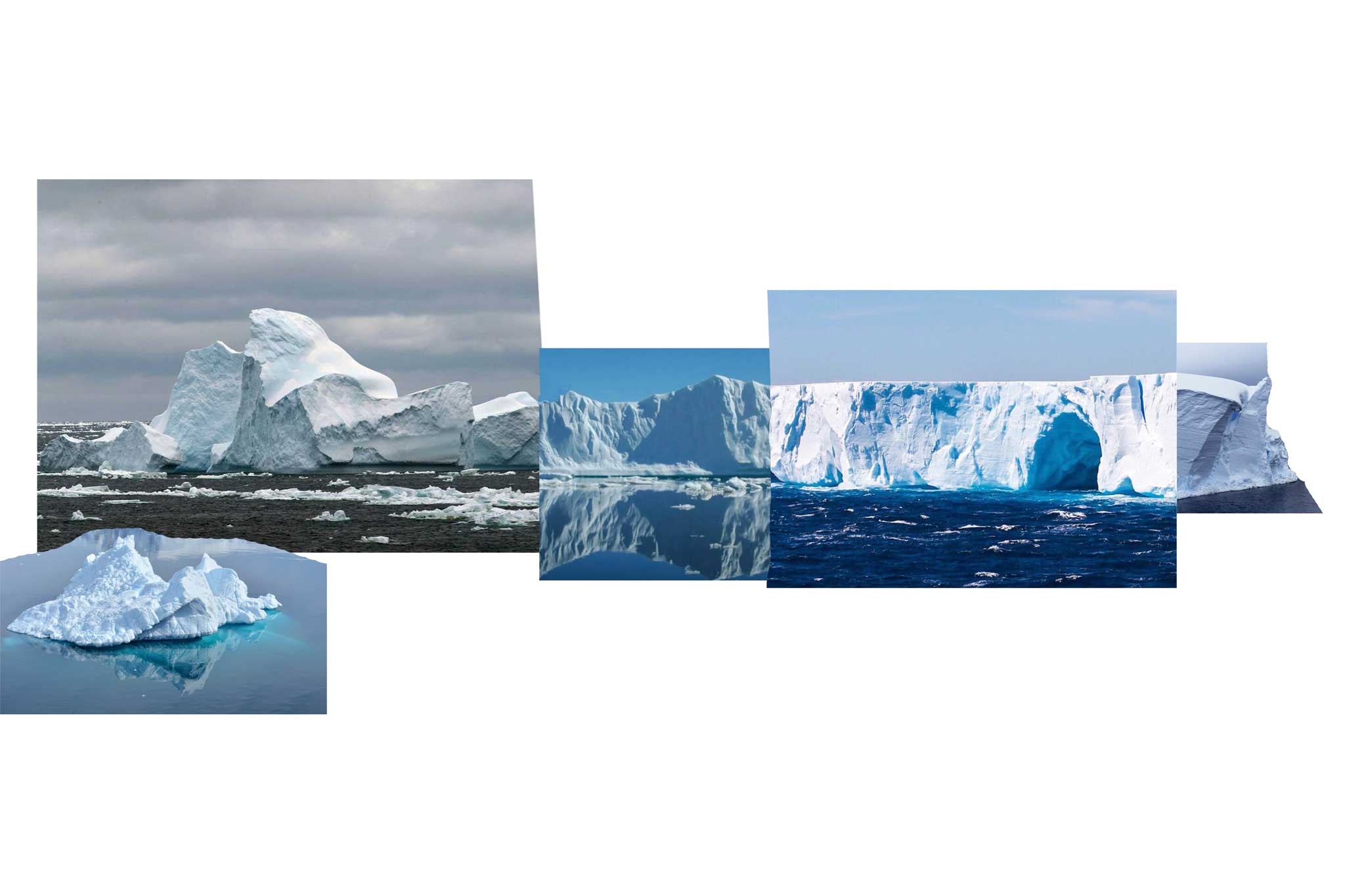 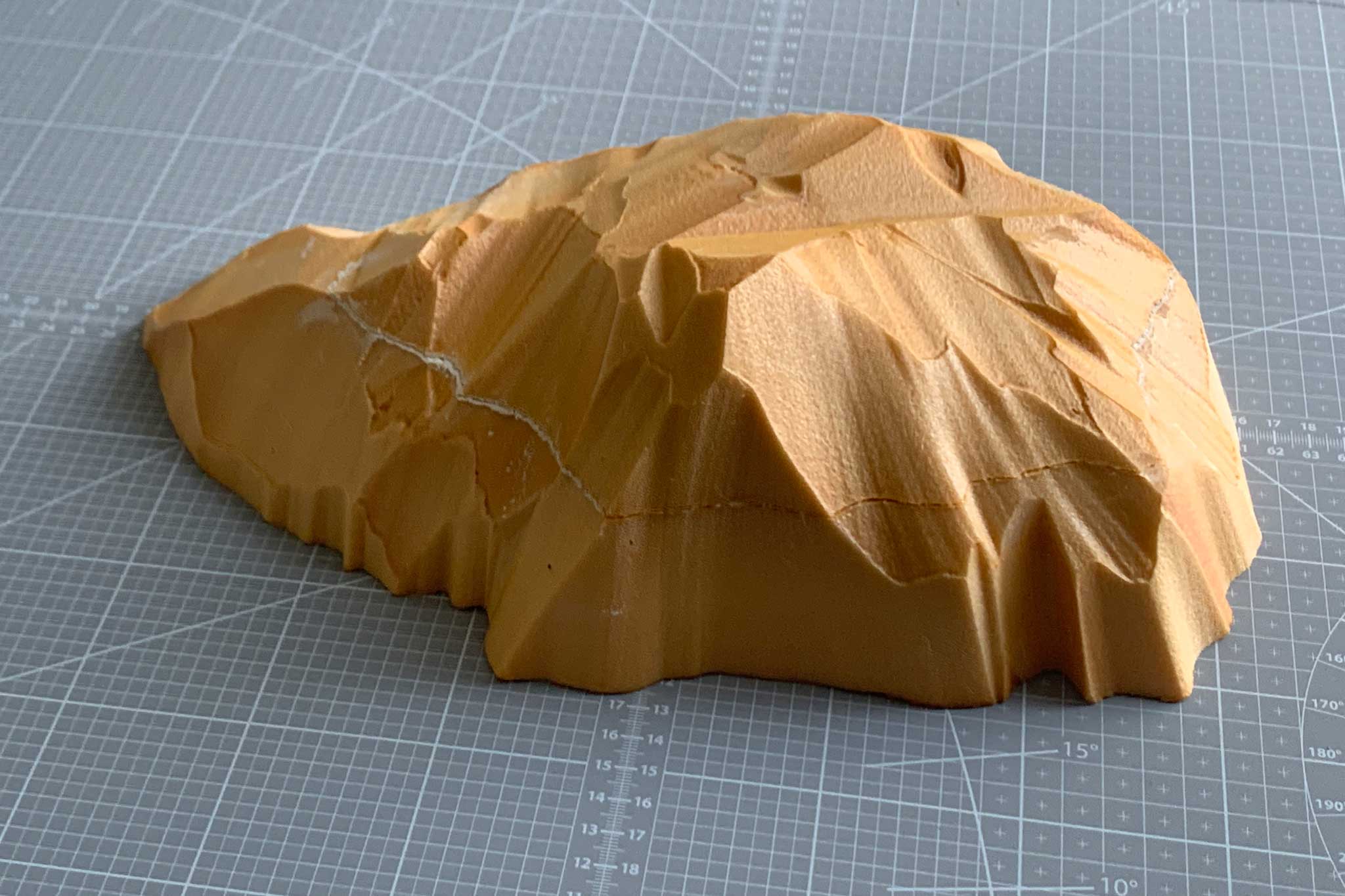 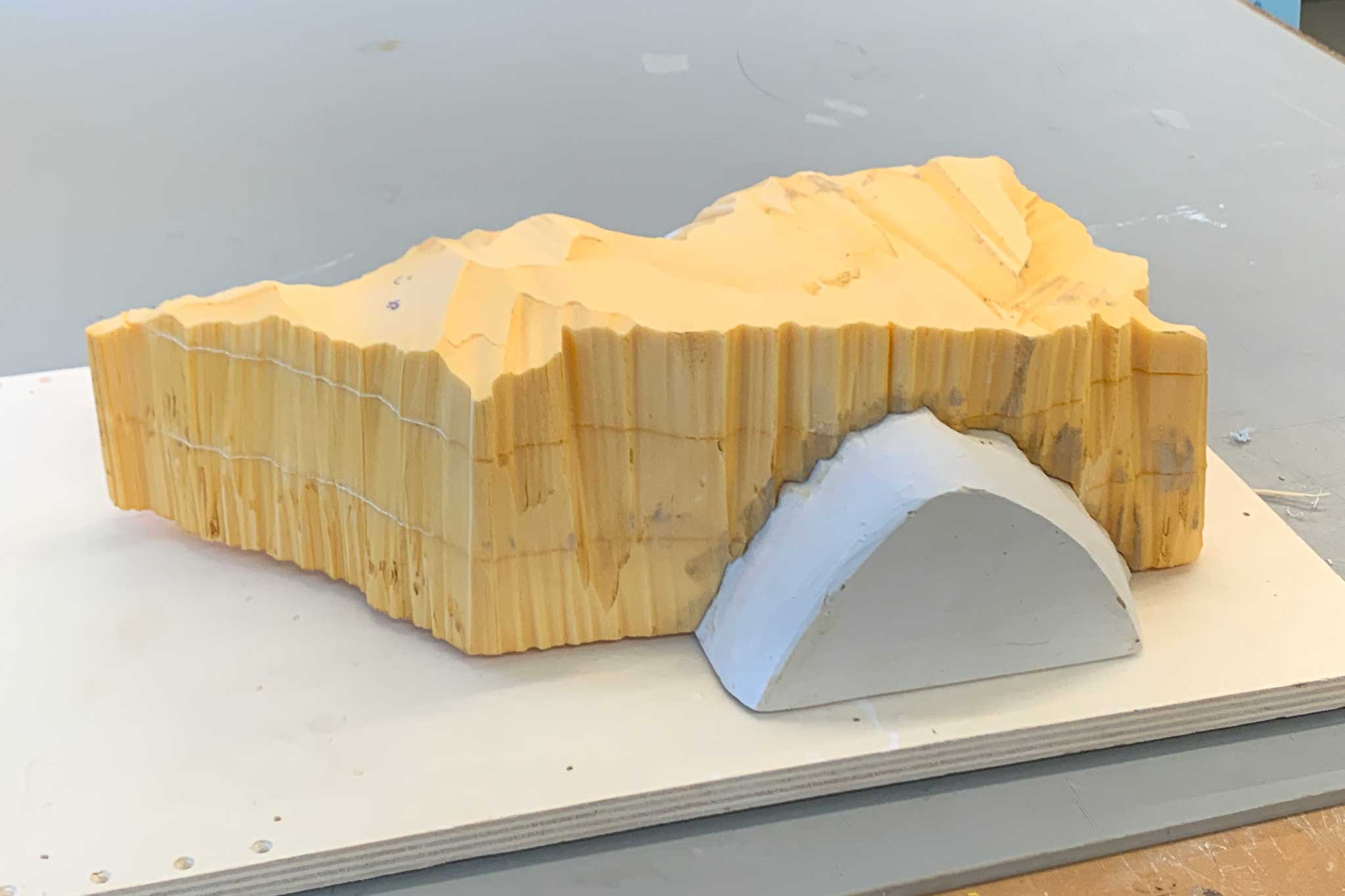 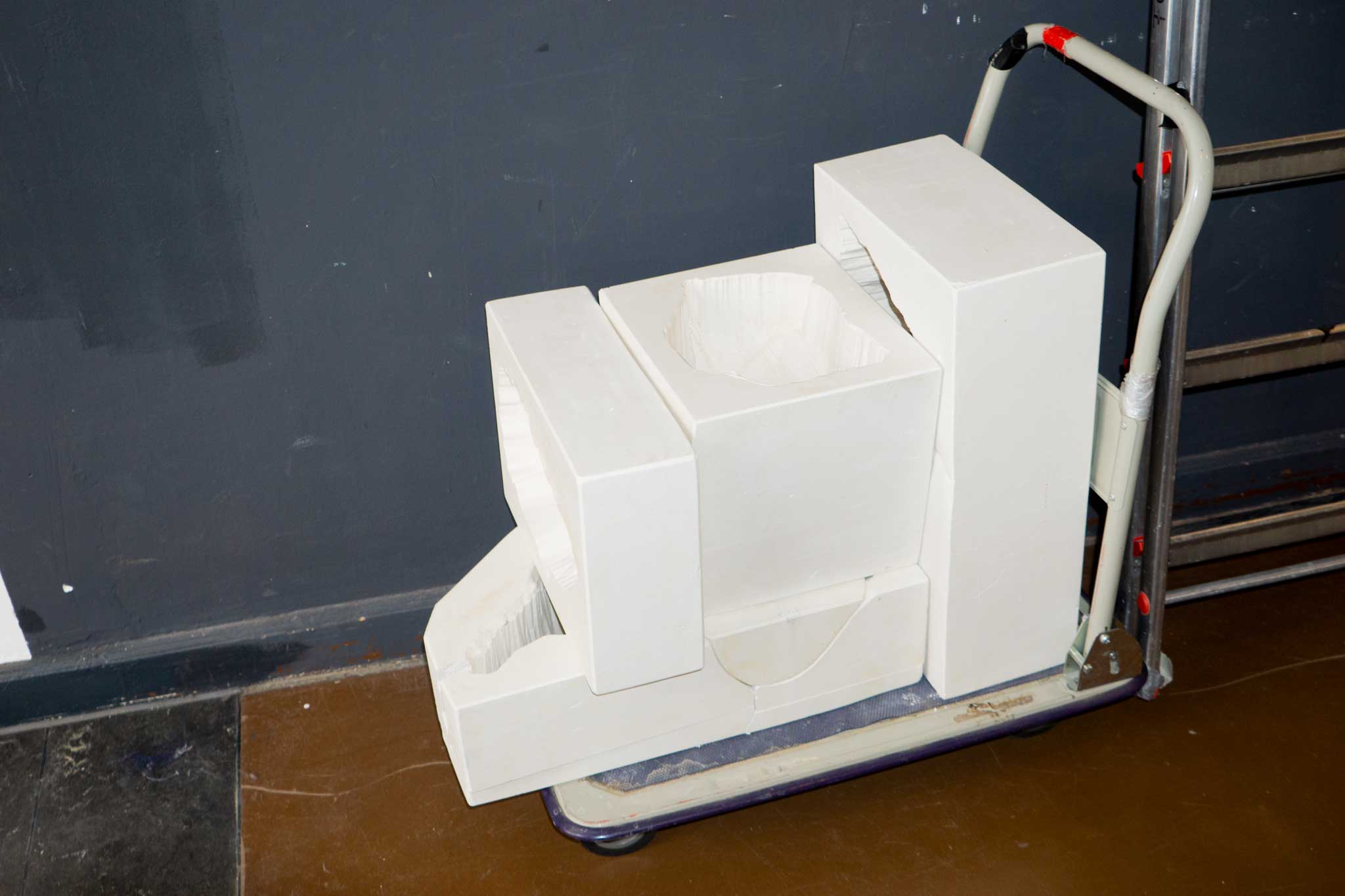 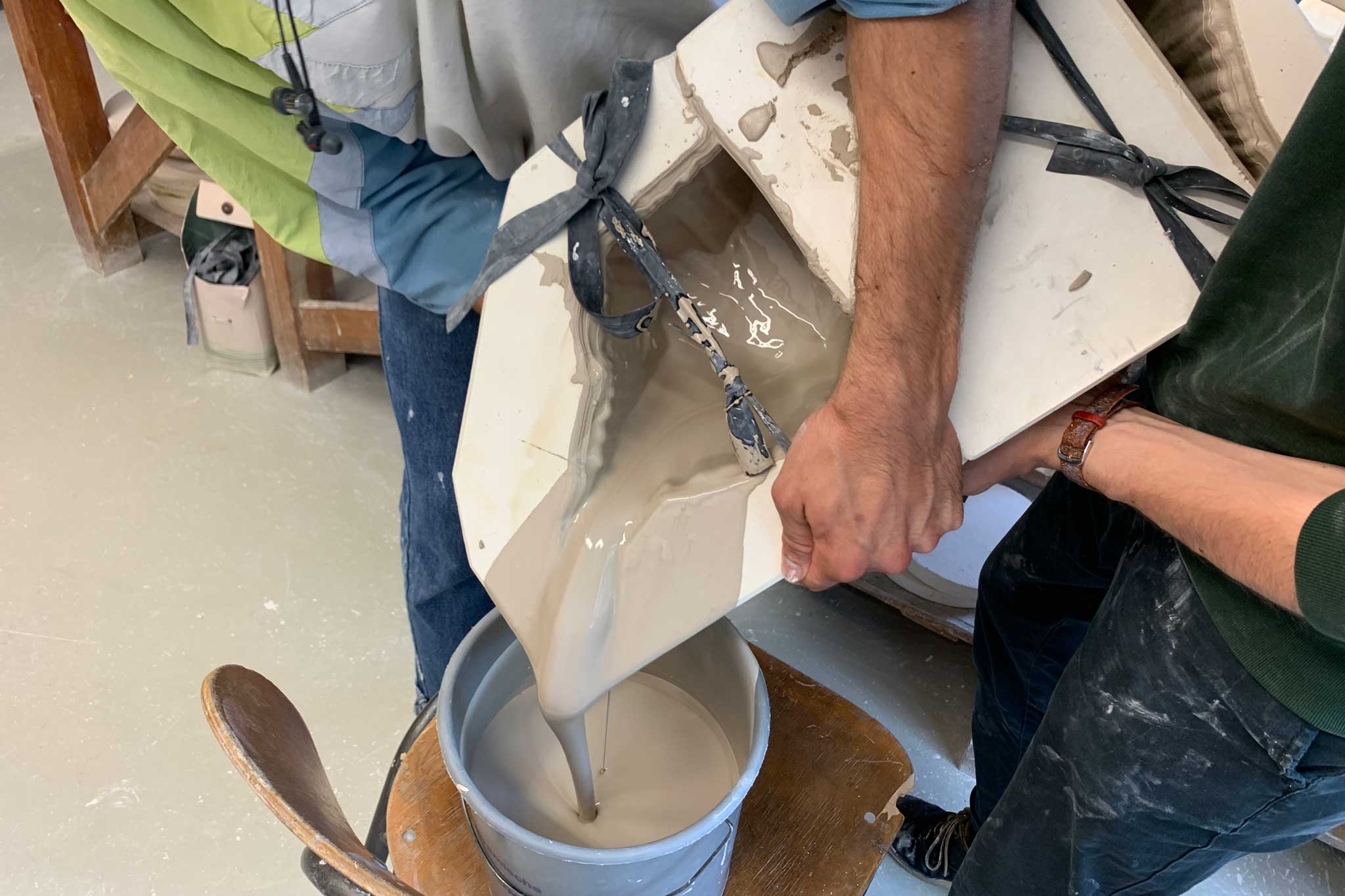 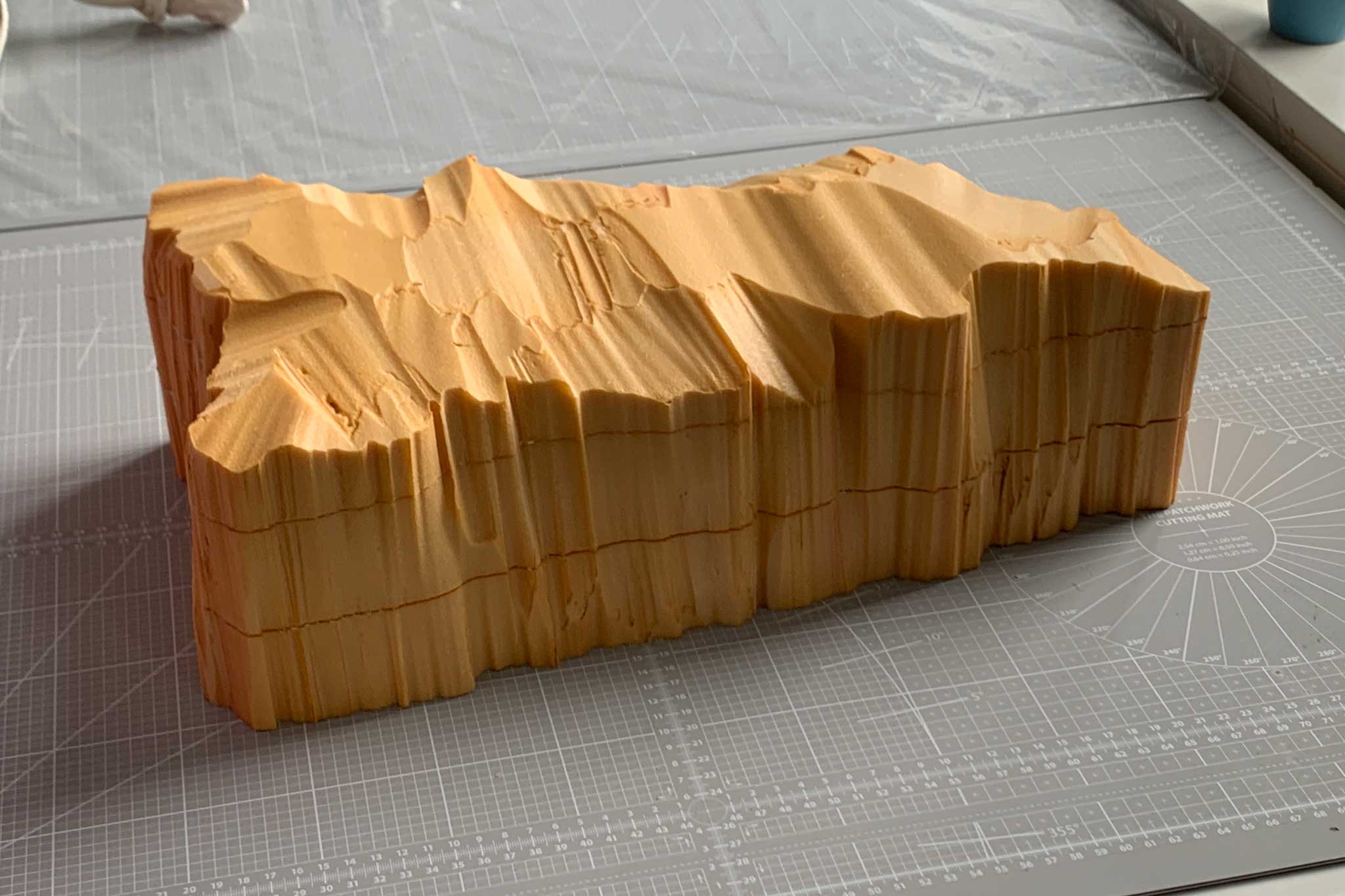 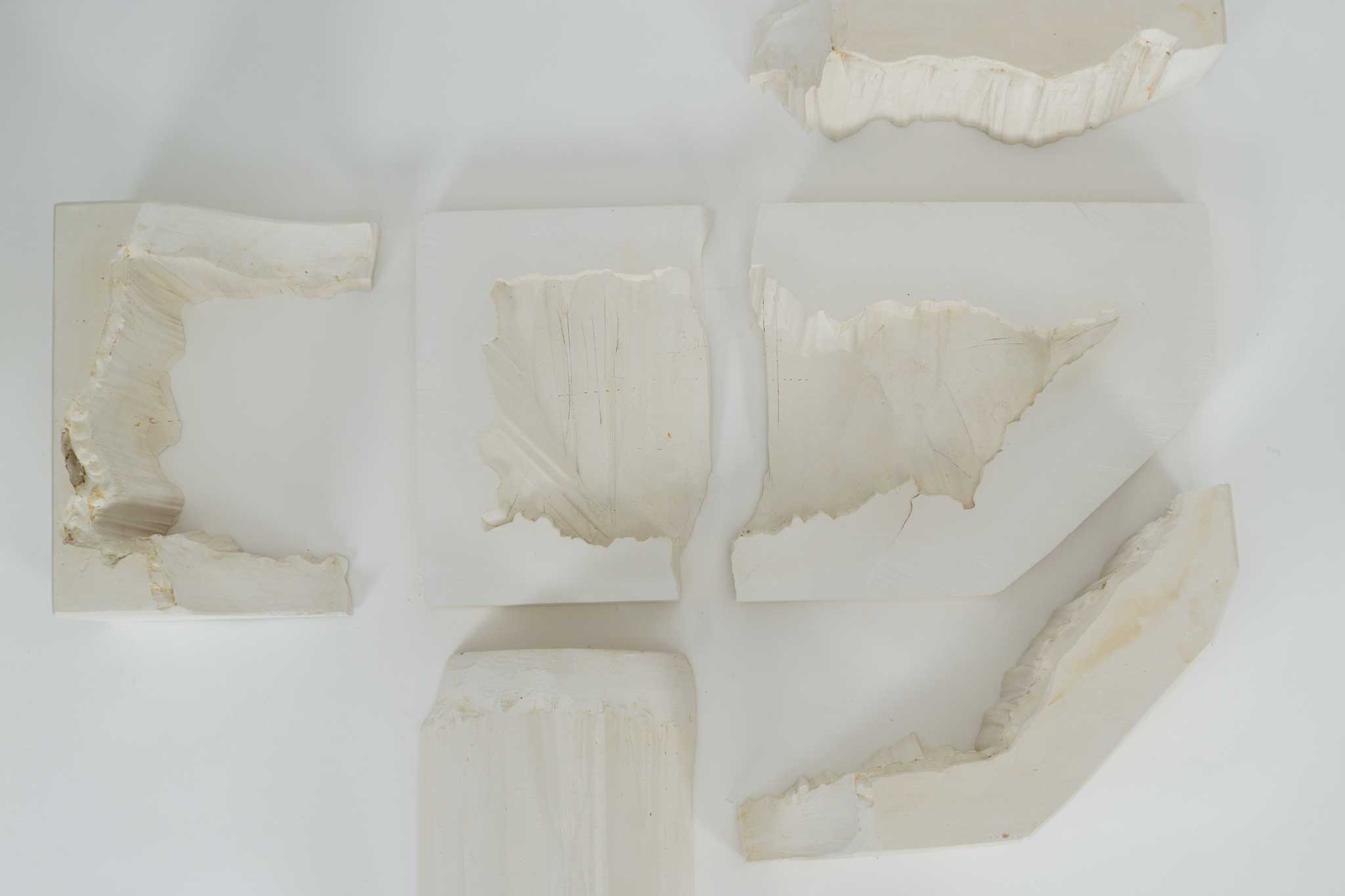 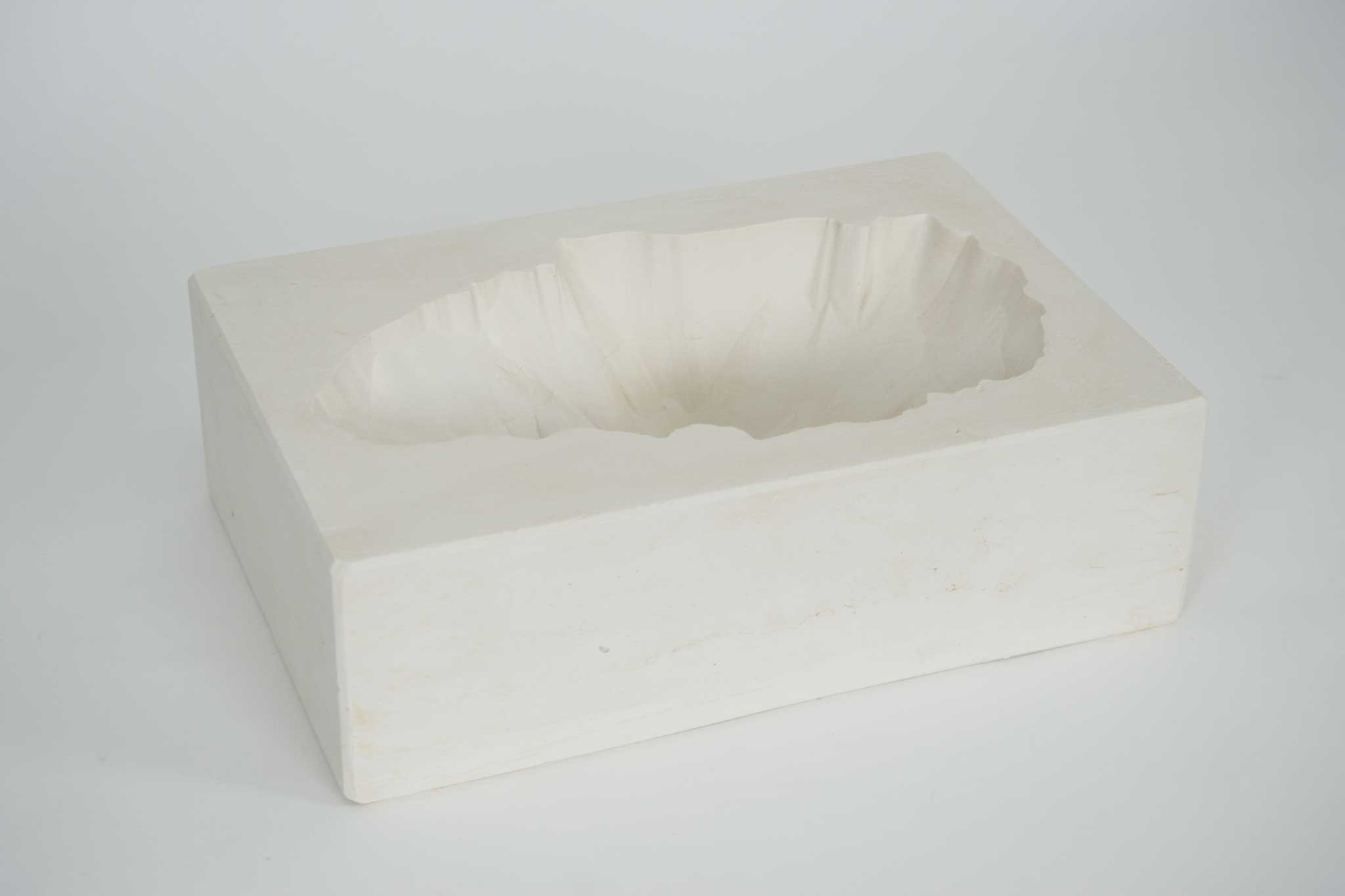 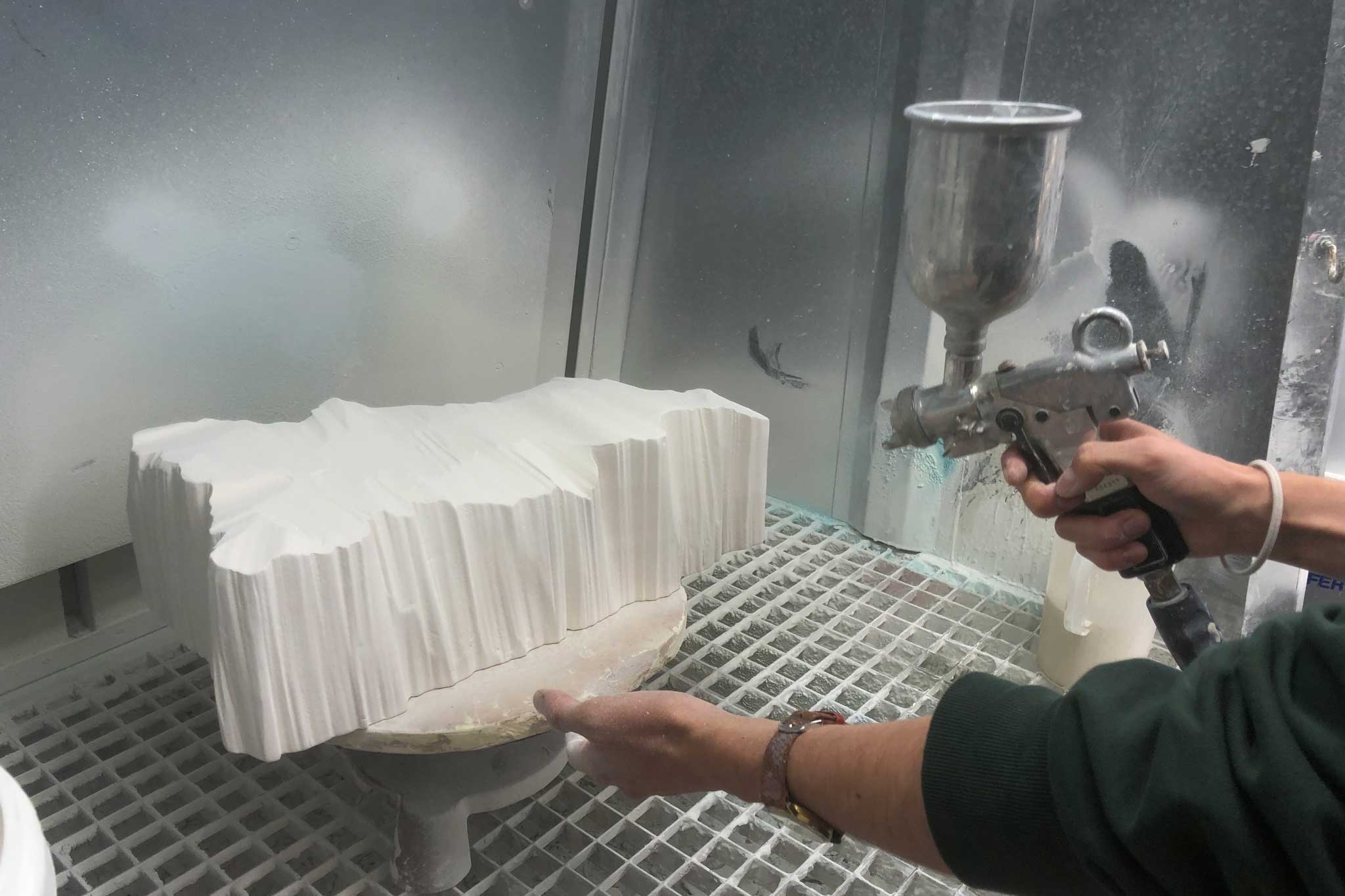