With the project „sex talk“ I want to break the taboos and stigmas around the topic of female* masturbation. For this purpose, I have taken casts of famous sex toys that are mainly used by women* and made them in porcelain. To begin, I captured existing sex toys with the 3D scanner and then upscaled these files by twelve percent, as I had to account for the shrinkage of porcelain. After that, I 3D printed the files and then reworked them with spray putty to get rid of the grooves created by printing. After that, I was able to cast the objects in plaster, then cast them in porcelain. After drying, I manually engraved decorations into the porcelain based on traditional porcelain patterns. After the first firing, I was able to glaze the figures and then fire them a second time. In the final step, I repainted the details with gold glaze and fired a third time. I placed the resulting objects on matte black metal stands. 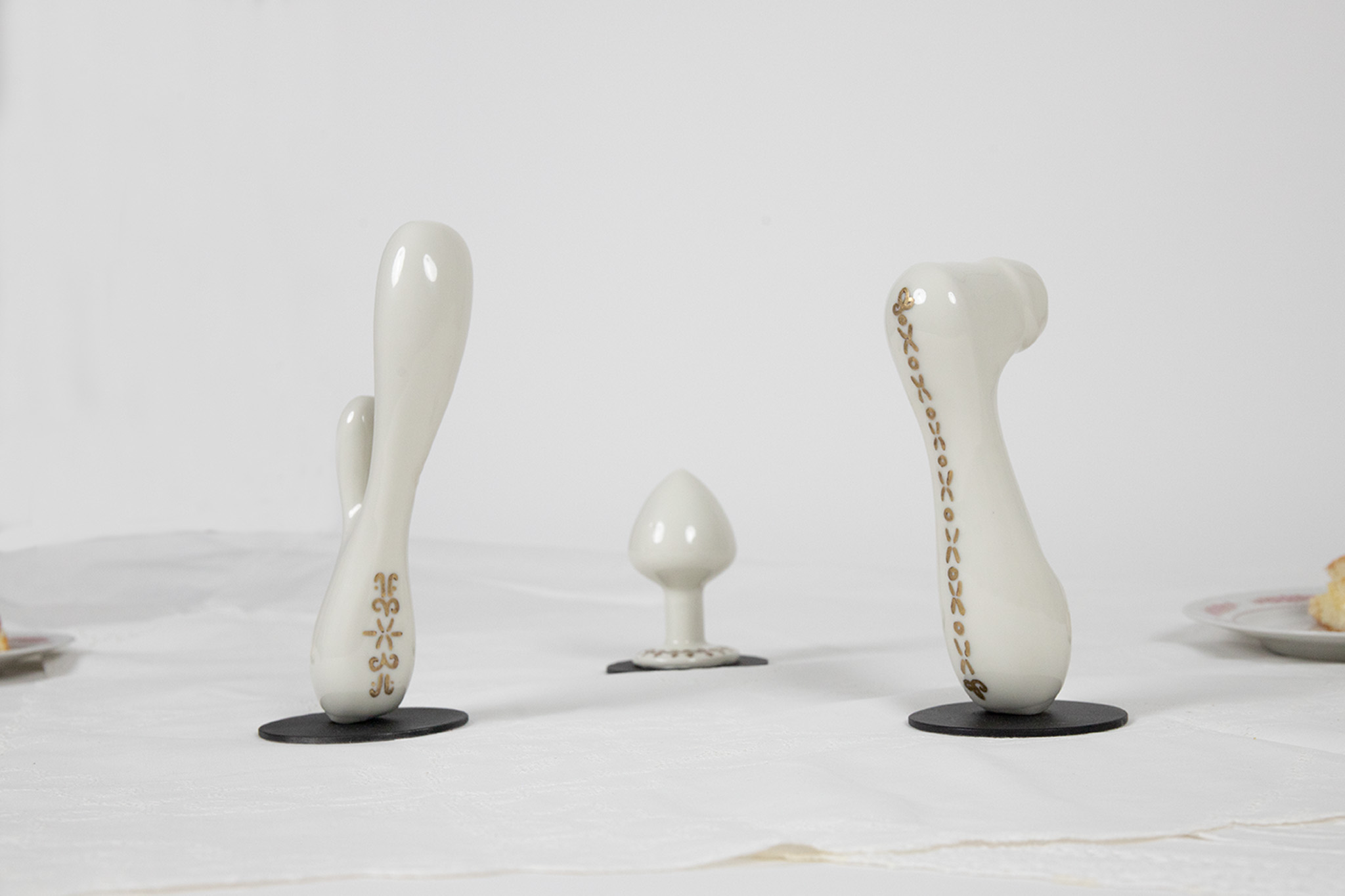 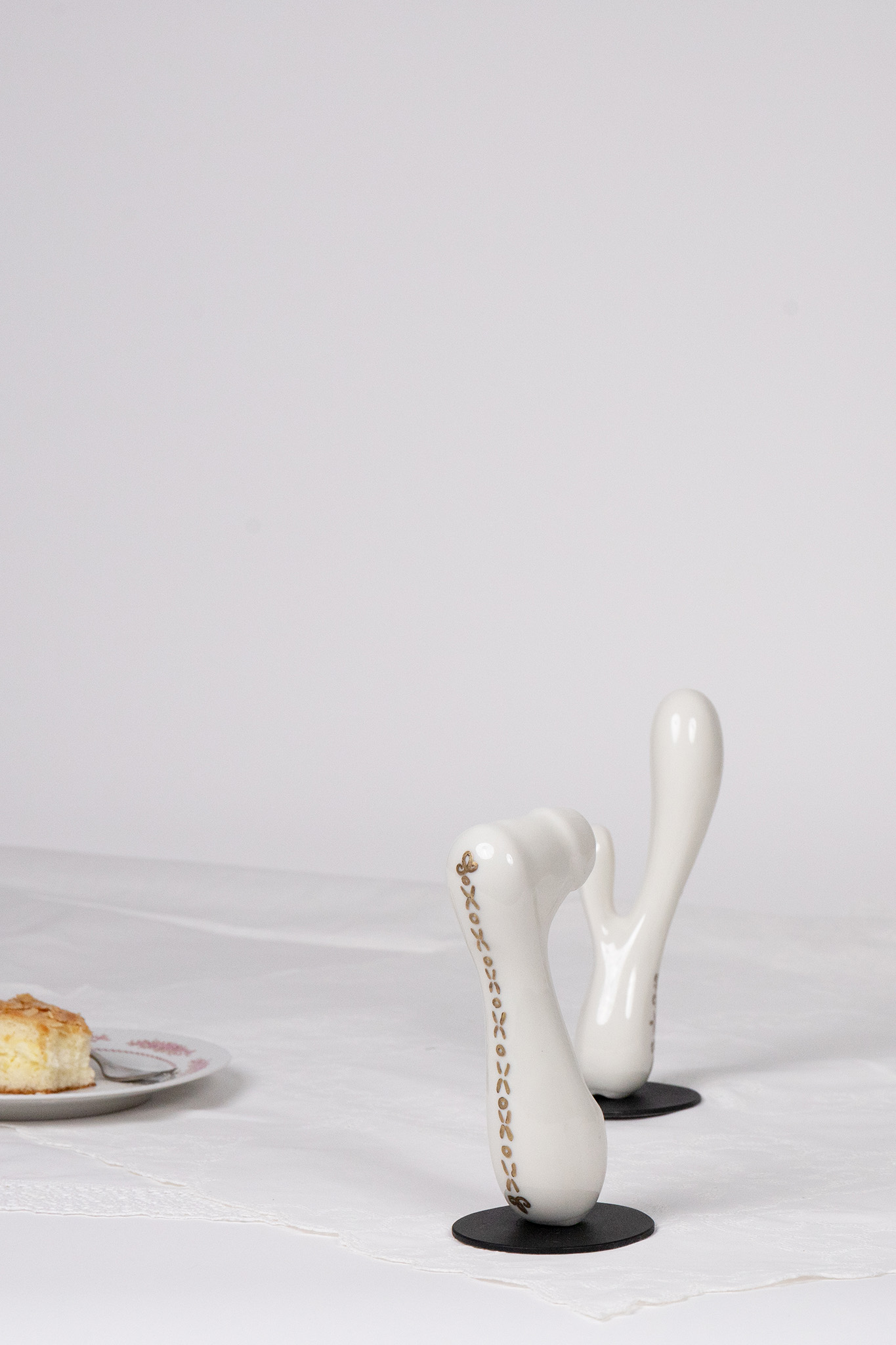 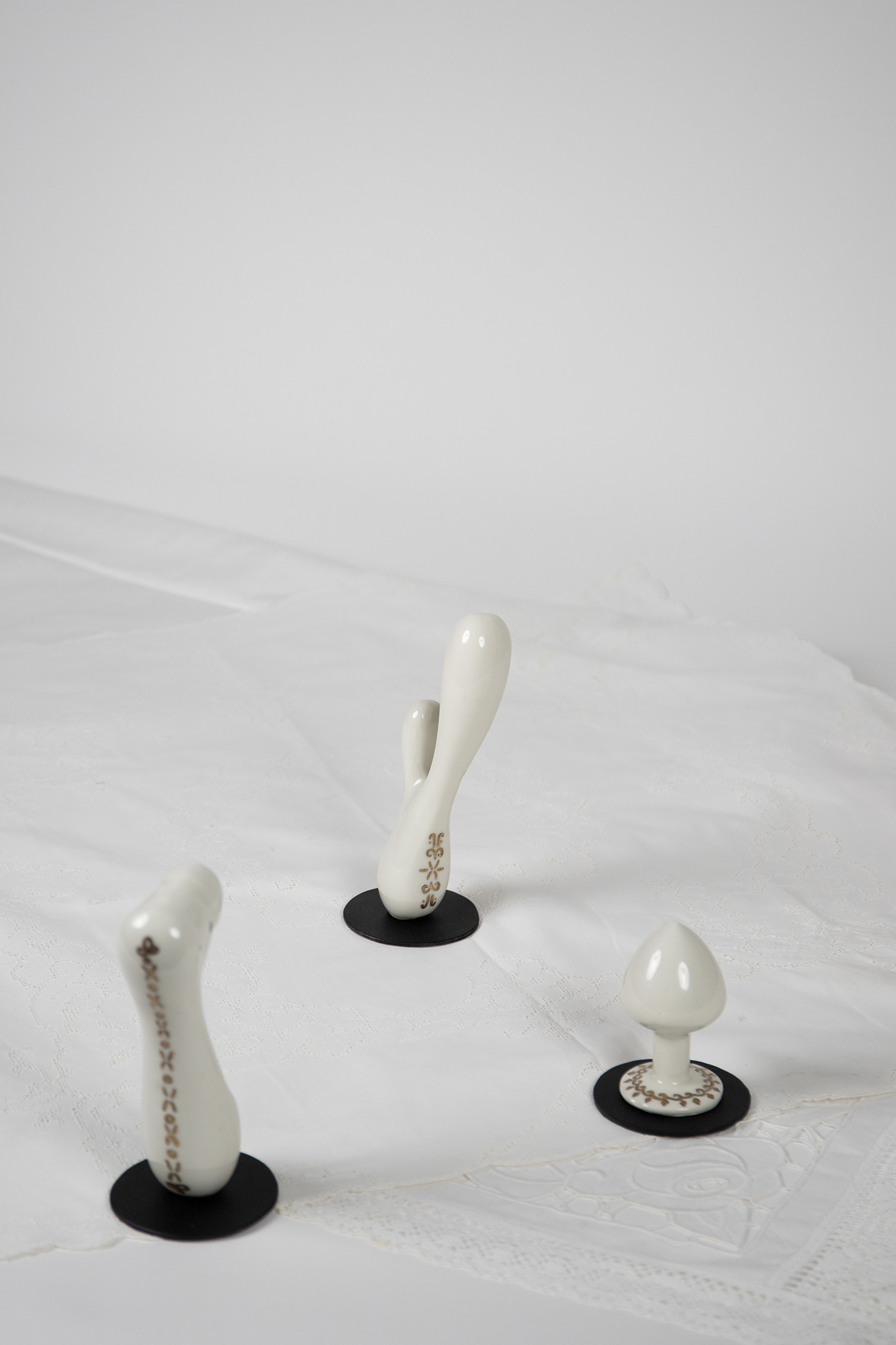 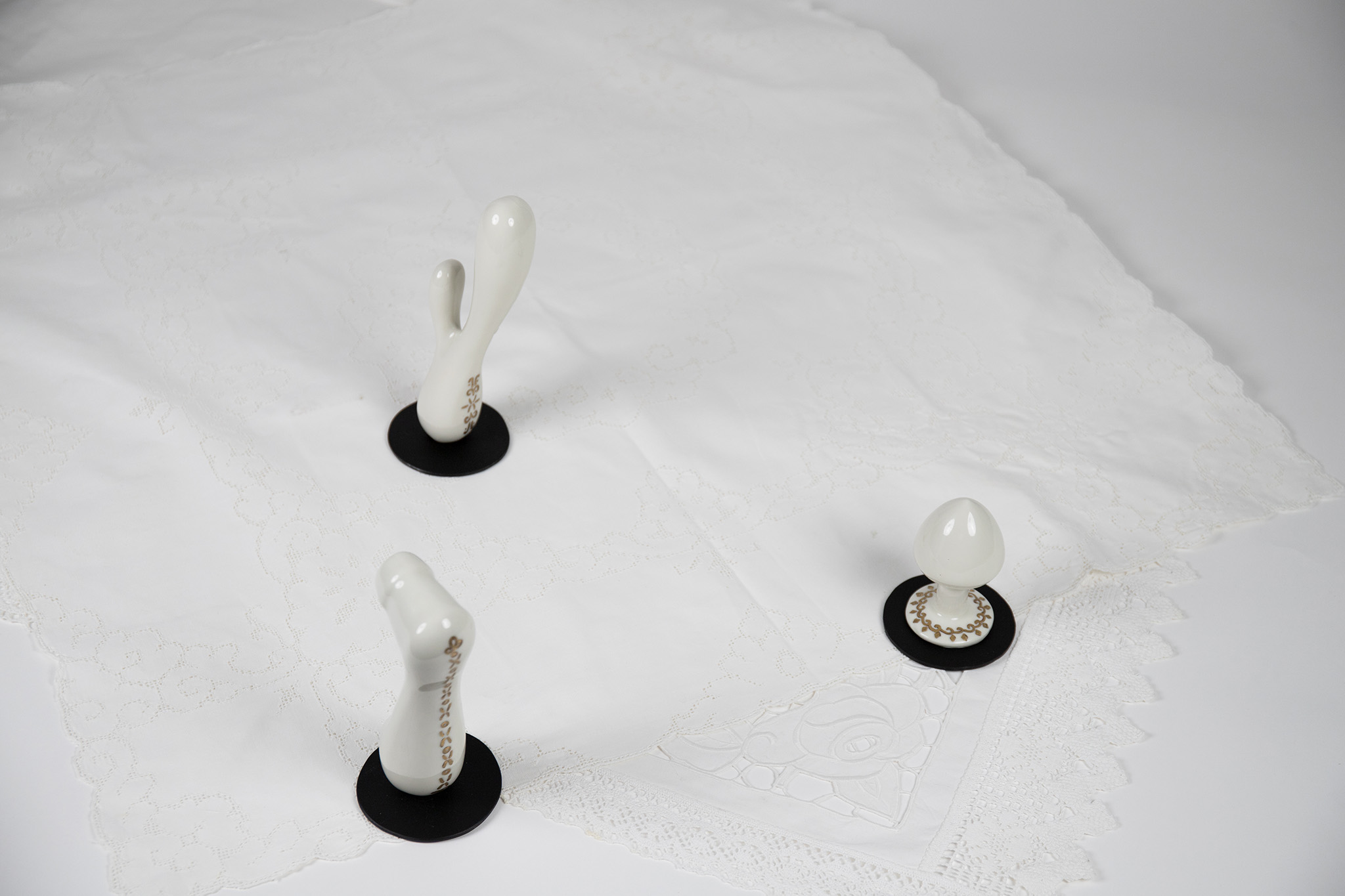 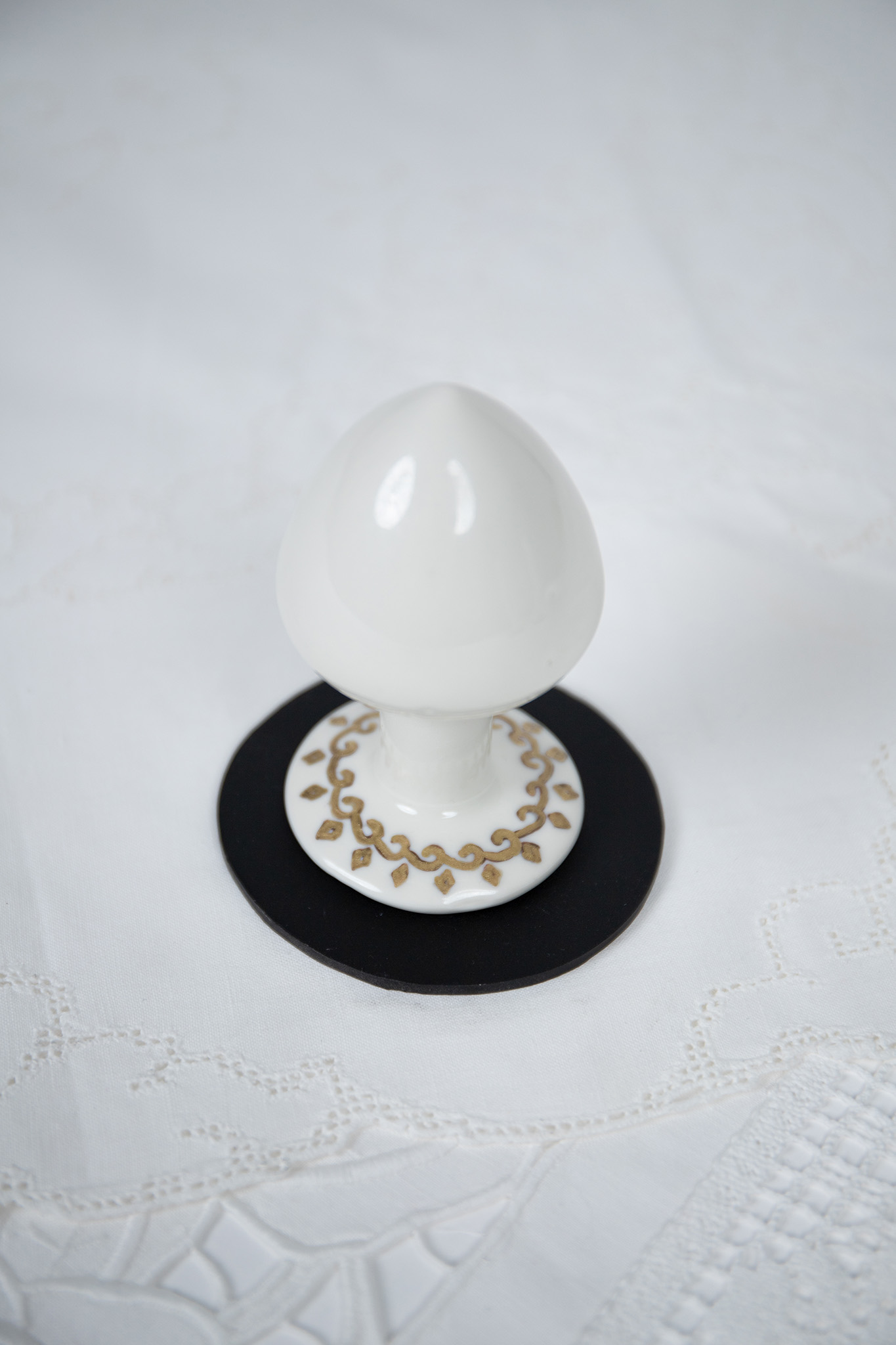 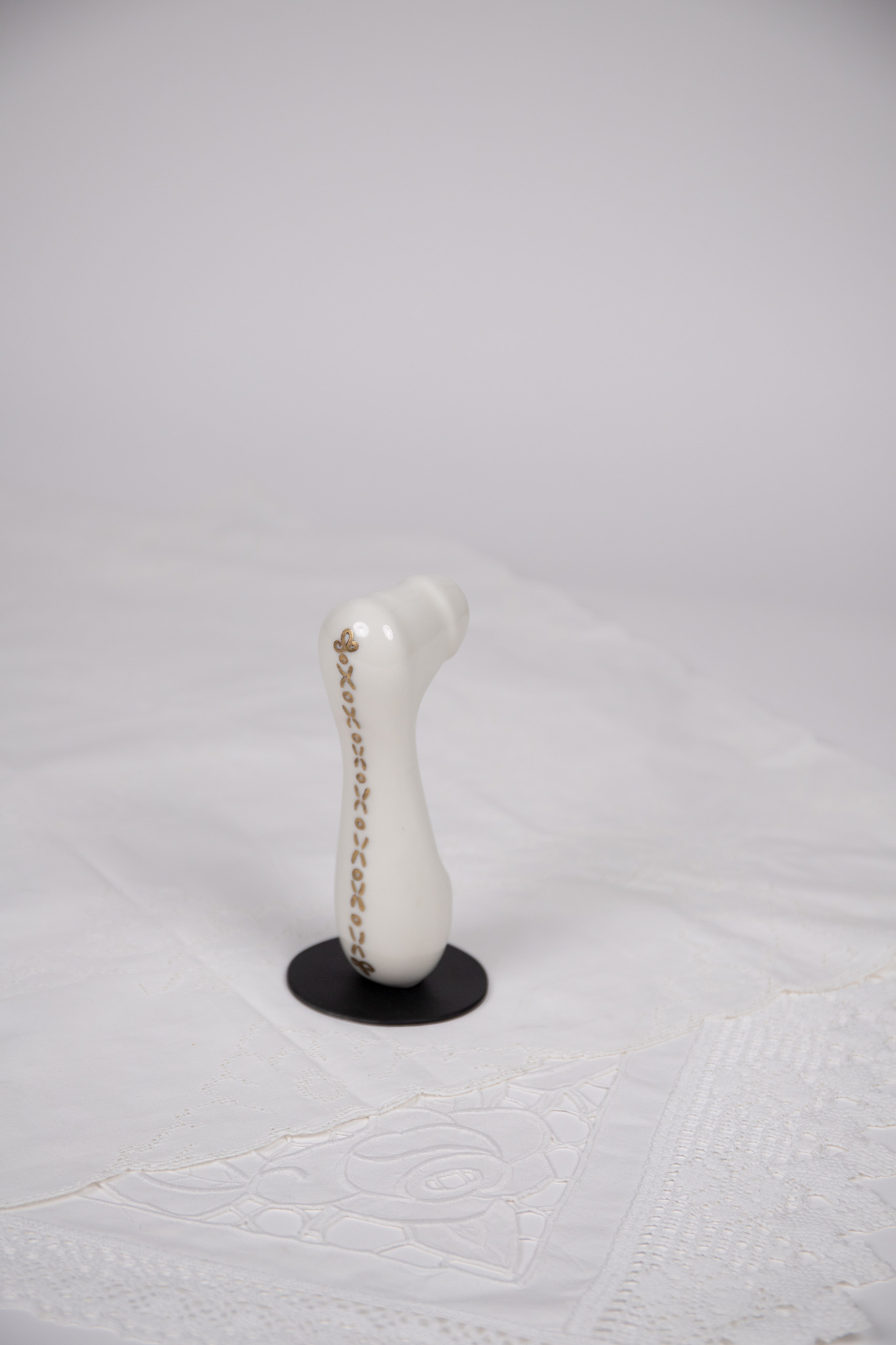 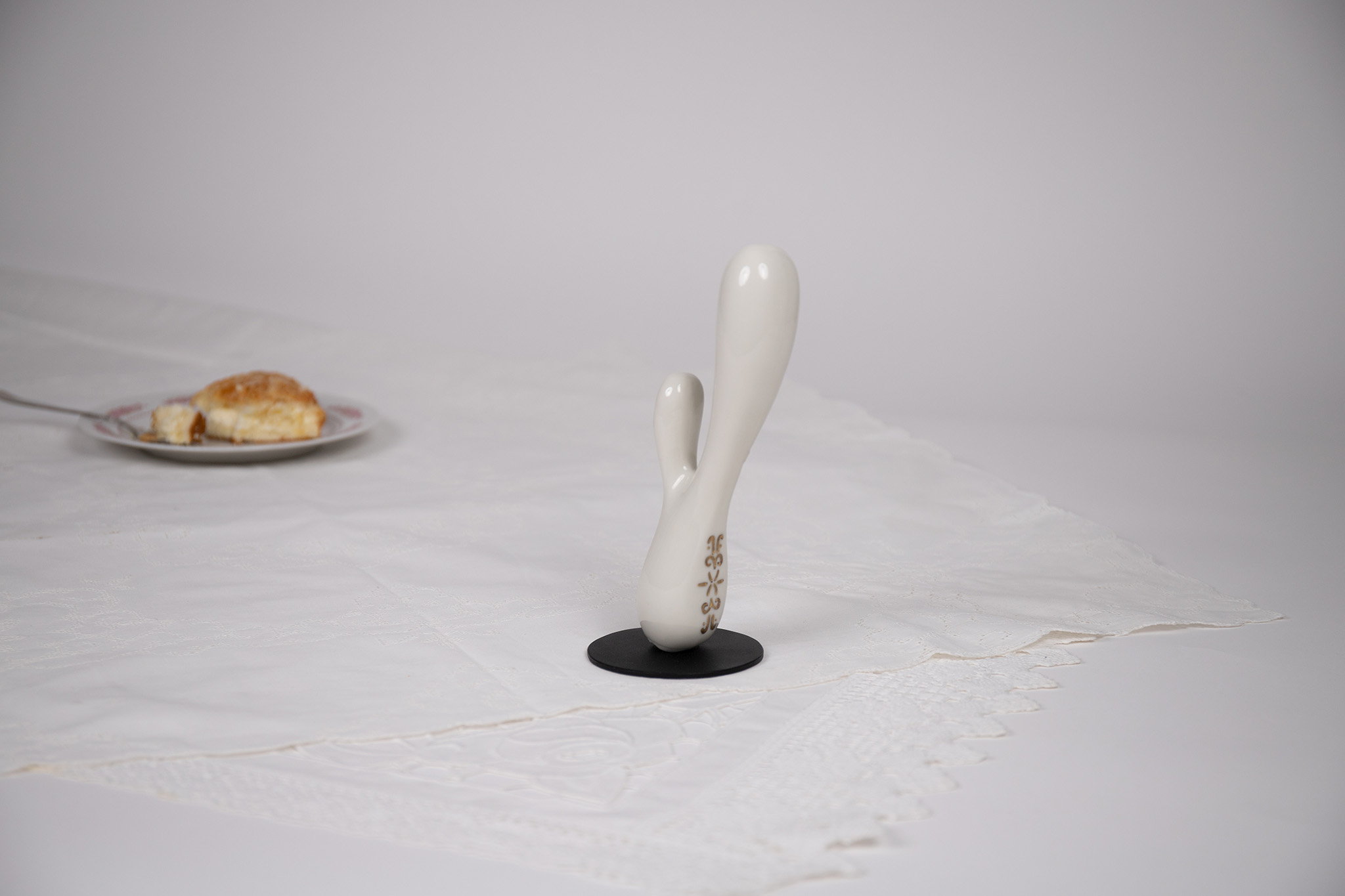 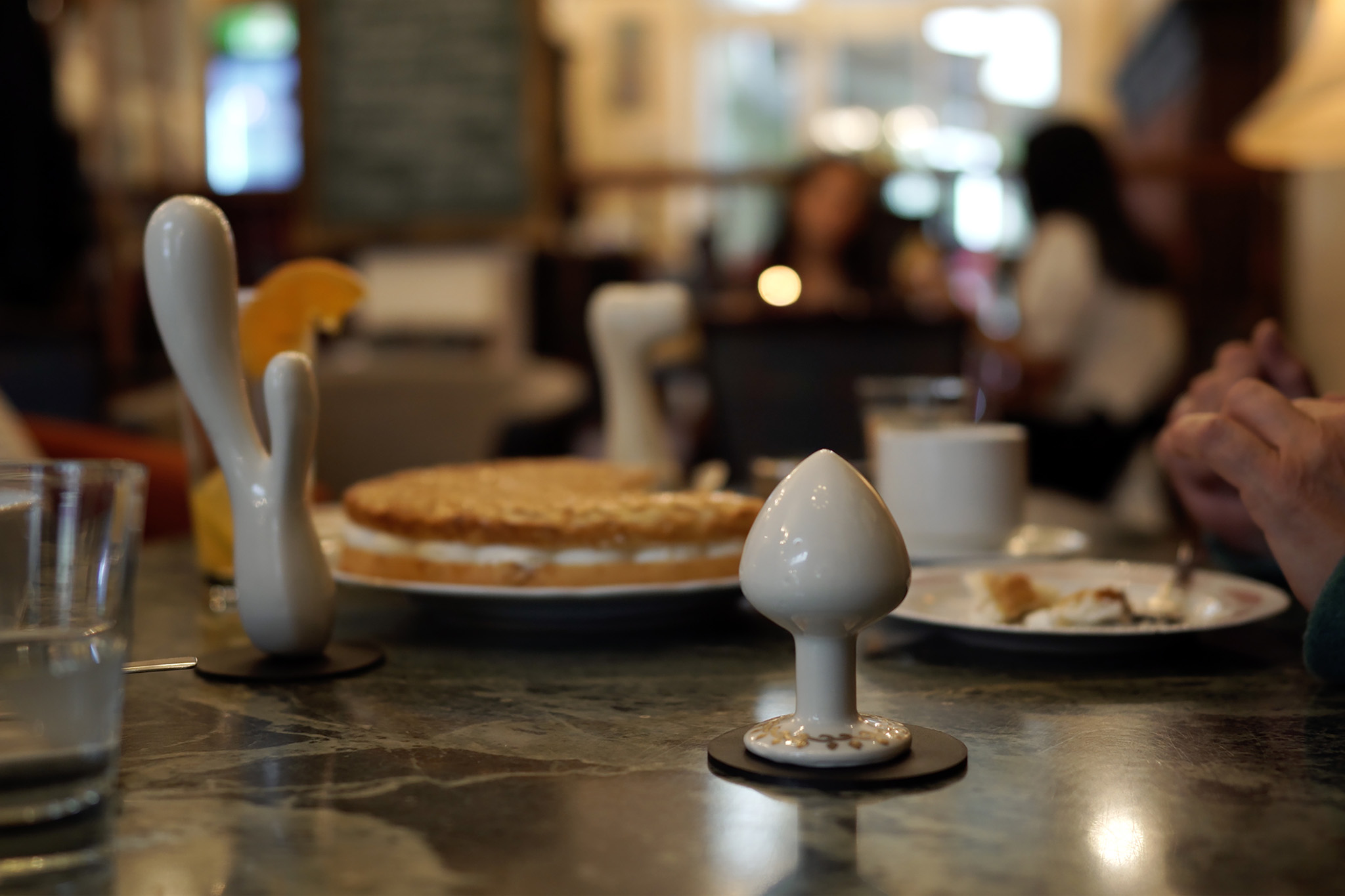 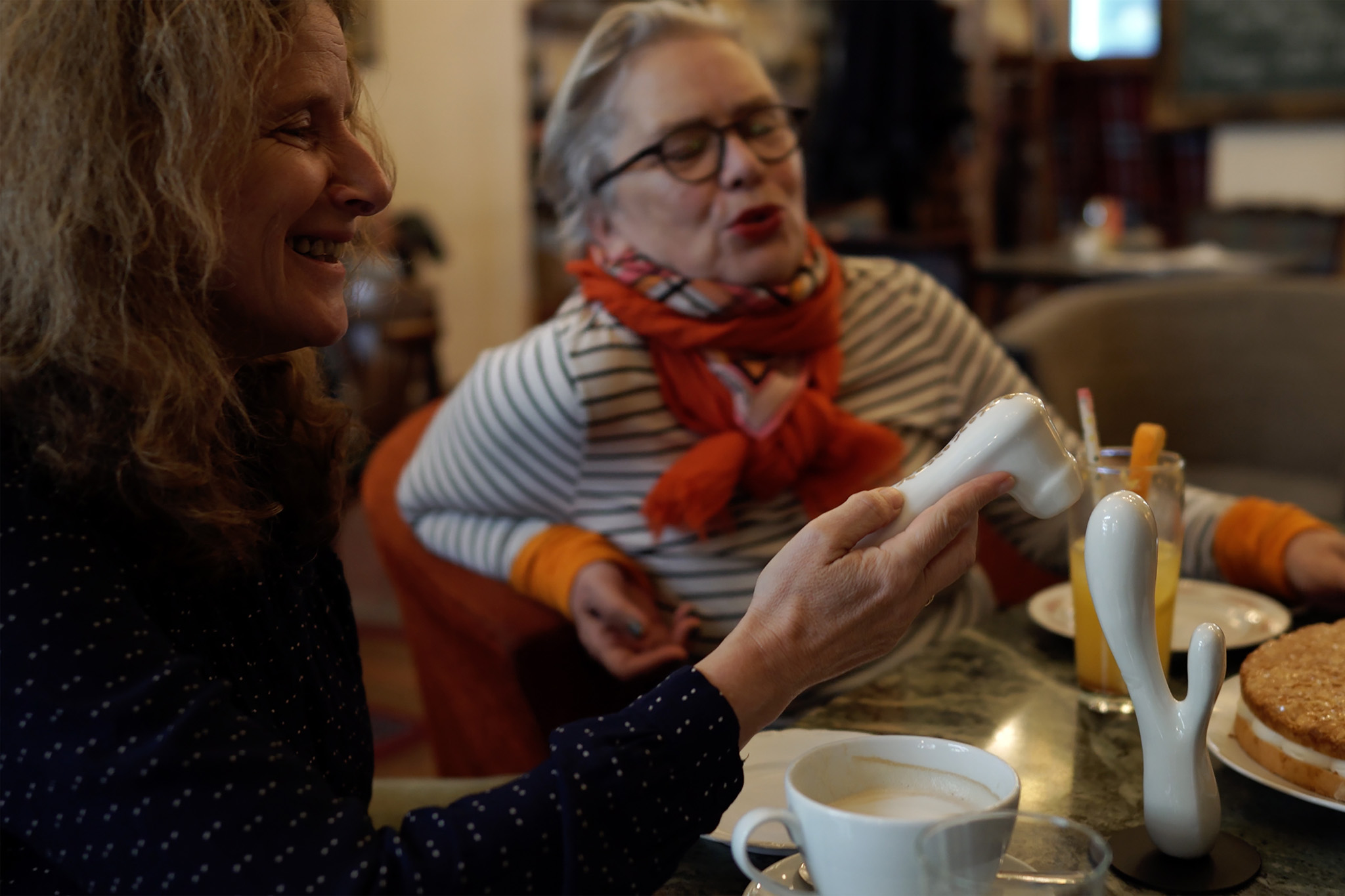 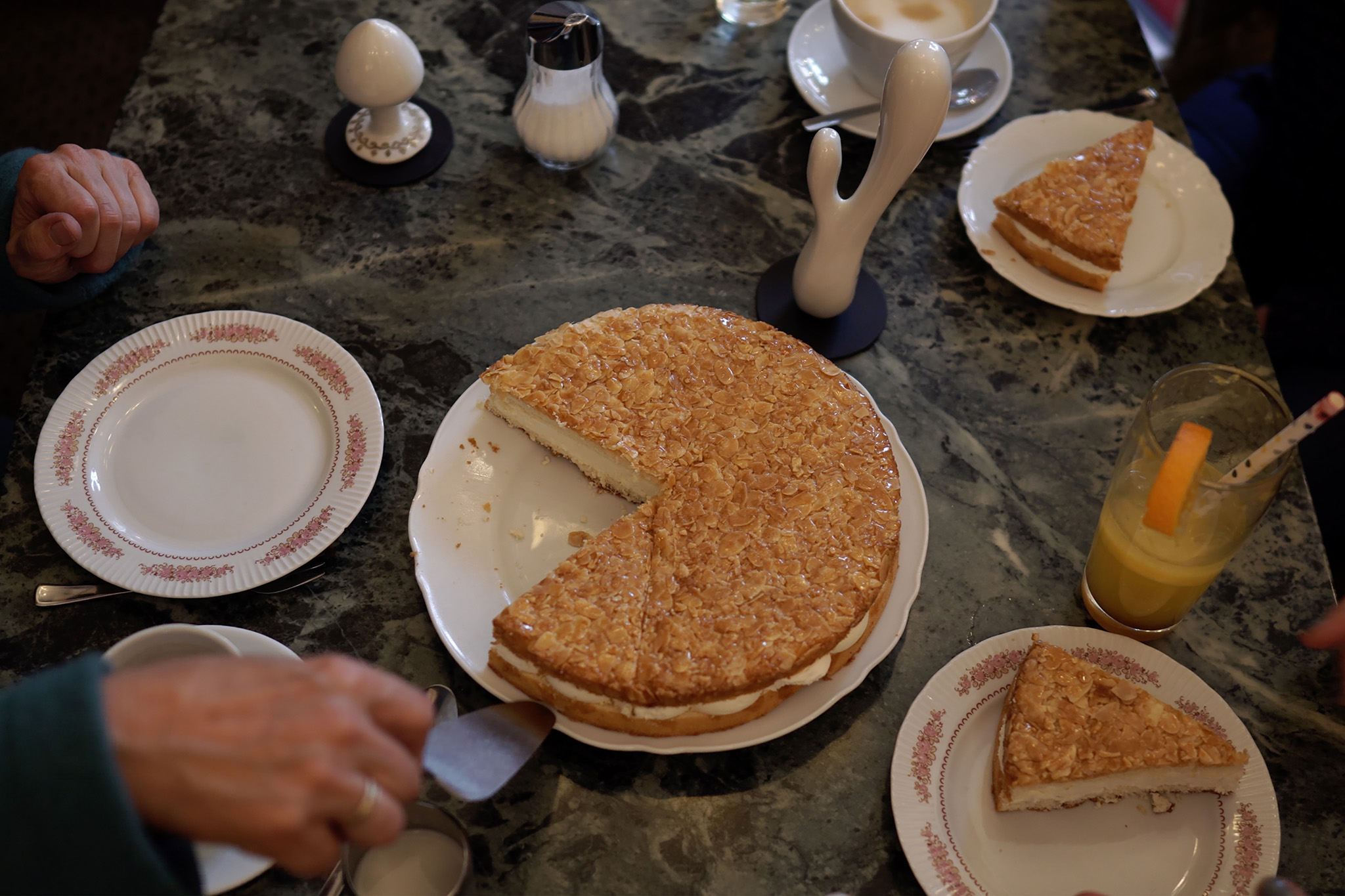 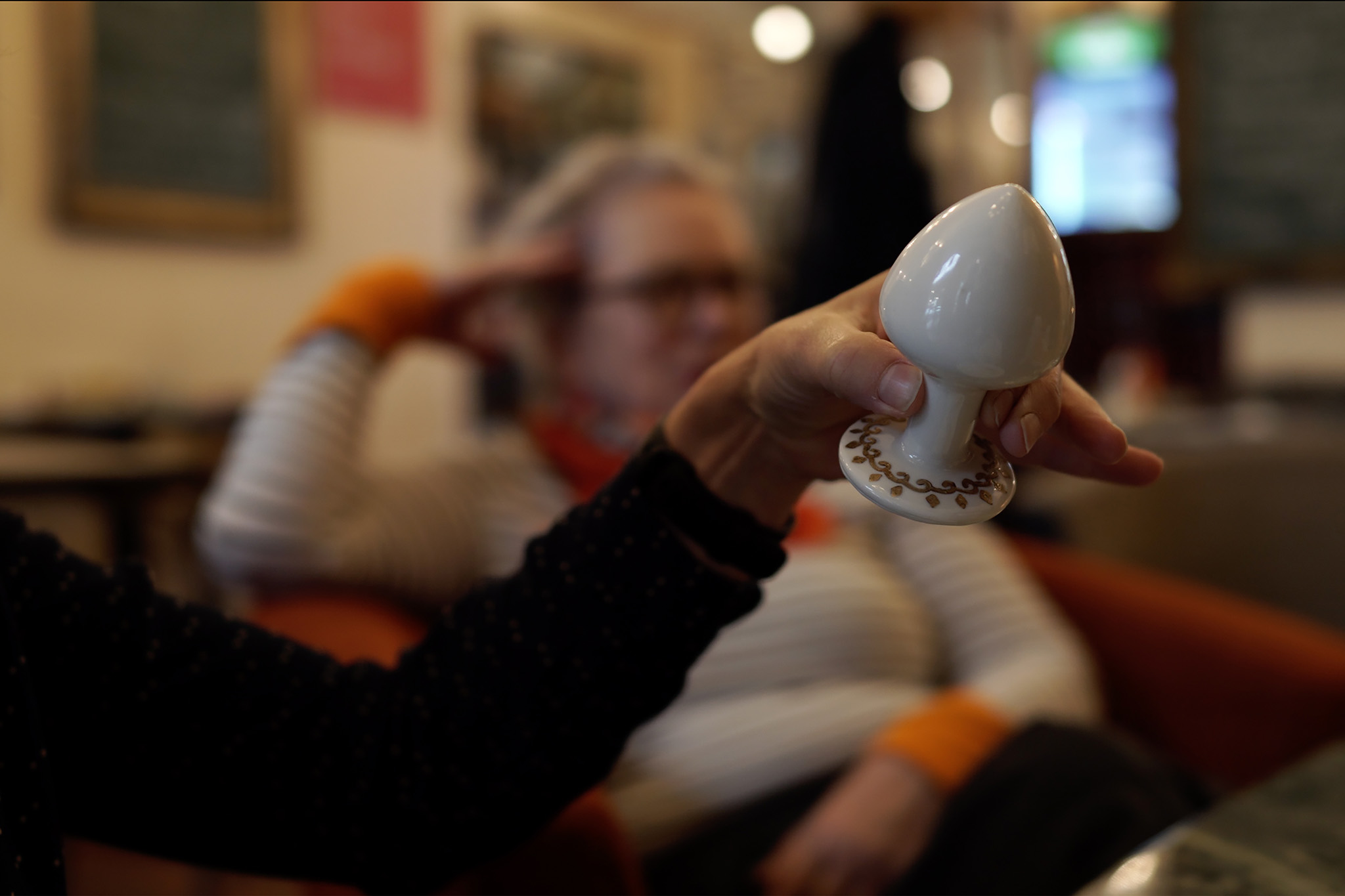 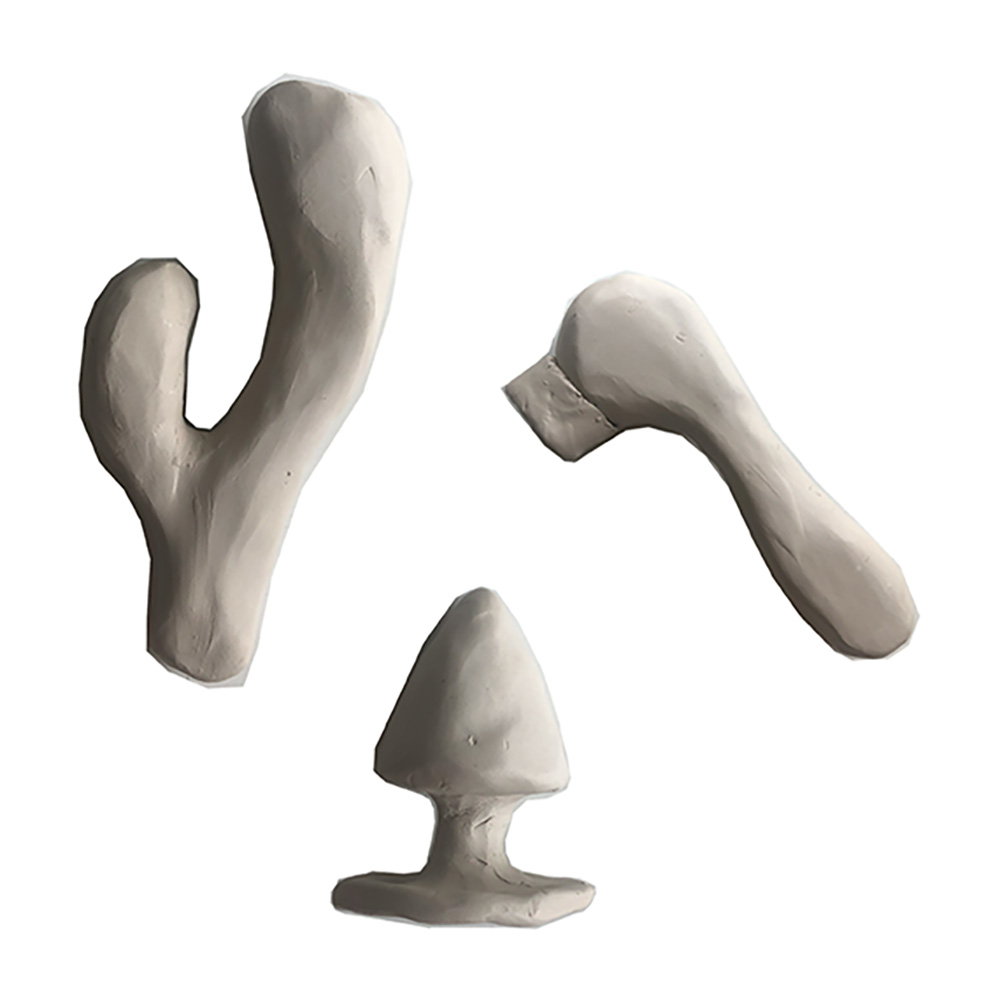 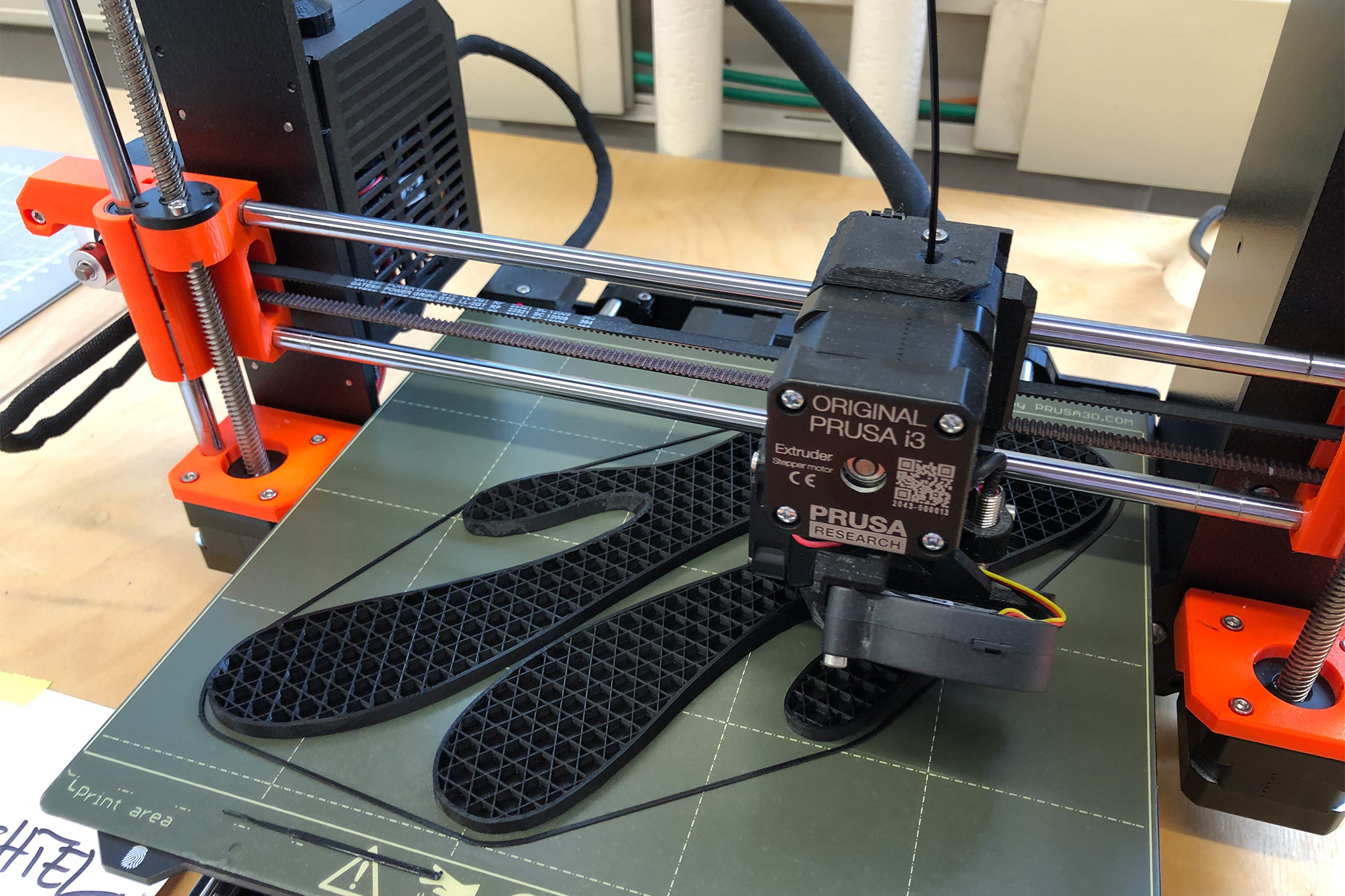 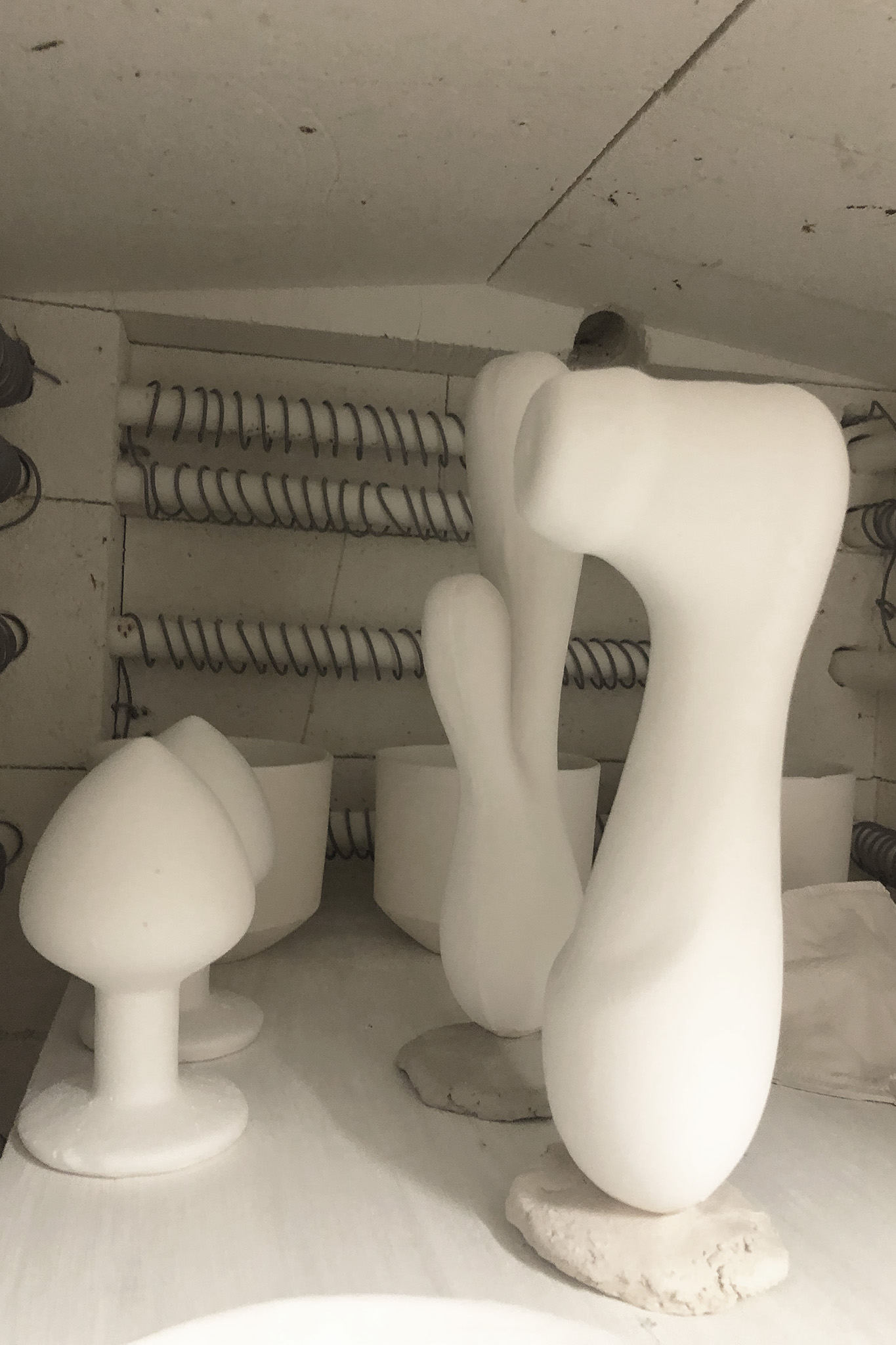 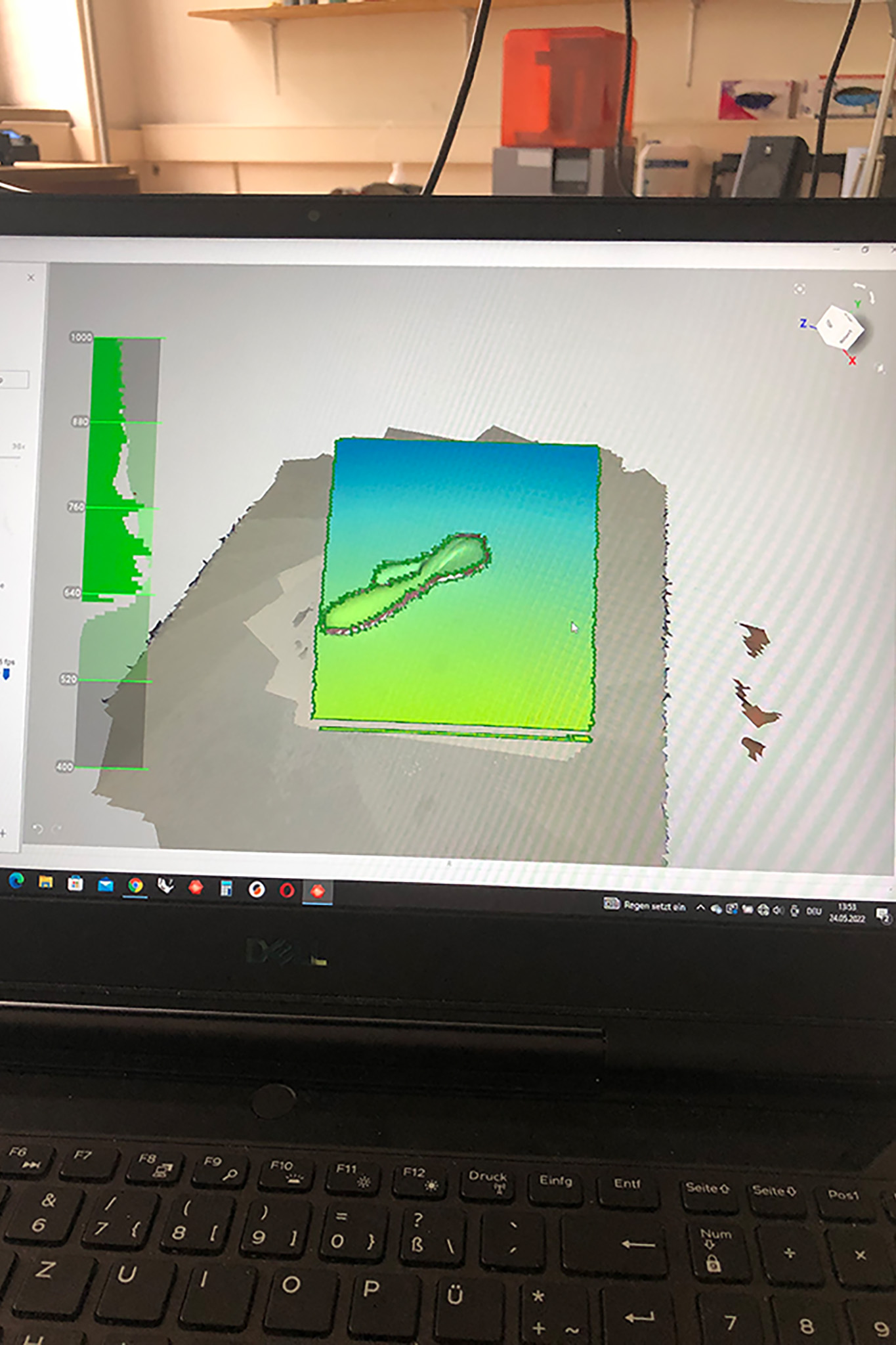 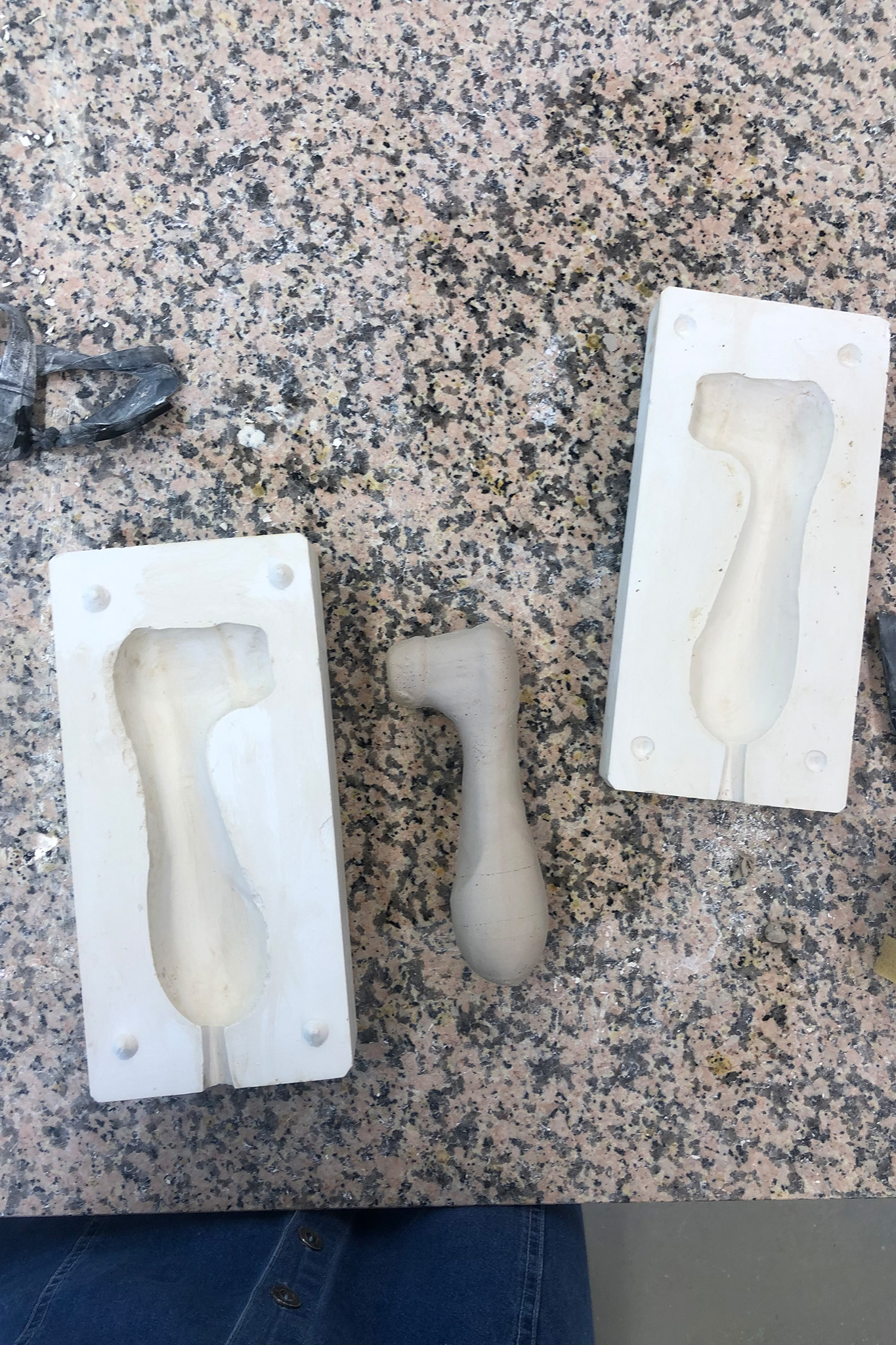 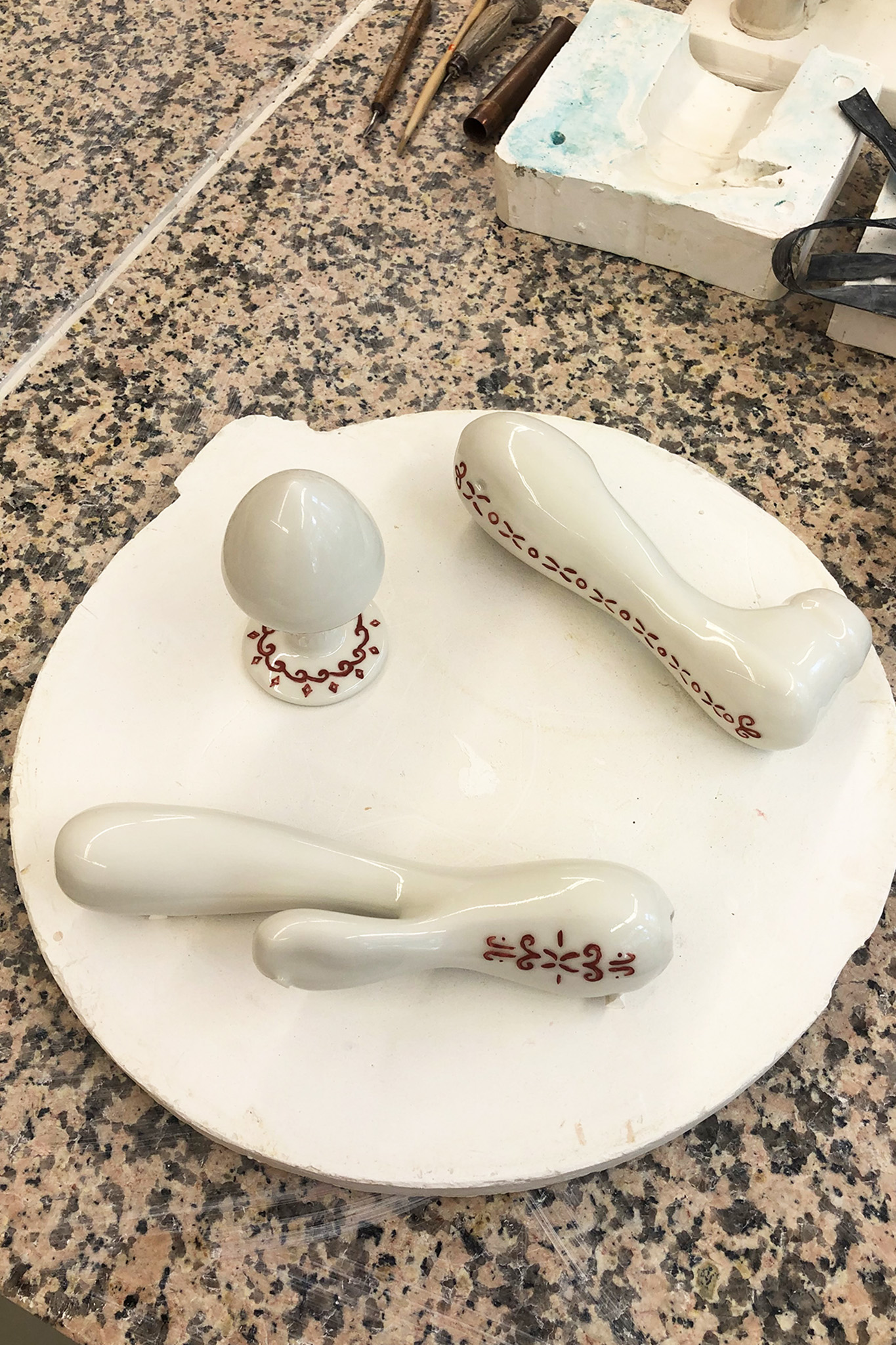