Ever tried raccoon meat?
This guide will teach you everything you need to know to get your hands on a raccoon.
It shows a satirical approach on how we could profit from an animal that is otherwise hunted and killed in great numbers, from catching one to cooking it.

FACT:
There are around one million raccoons in Germany right now.
Since they were introduced in the 1930s into the wild they have multiplied in great numbers and are now a danger to many local animals. They hunt and kill small birds, salamanders, they raid nests, and much more. They even started attacking a small German type of turtles.
The damage they cause in cities is equally as big, they live in parks, raid trashcans and sometimes they make their way into houses and start living in the attic or destroy our living spaces. Just another problem that we and our environment don’t need.

Recently the European Union has classified the raccoon as an unwanted species. Since then it is hunted in great numbers, in twelve months from April 2019 to March 2020 around 200.000 raccoons were killed by hunters. The problem is that most of them are then simply thrown away, as most people don’t really know what to do with them or how.

In the twentieth century raccoon fur was highly sought after, nowadays it has become difficult to find, meanwhile the meat is regularly eaten in America where they originally came from whereas it is very rare that someone from Germany has ever tried raccoon meat, even though it is no more problematic to eat than common pig meat. Once it has been checked for Trichinae like any kind of pig or boar it can be simply prepared the same way as deer.

ACT:
This guide wants to show what we are surrounded with all the time and what we could do about it and even profit from it. Some of the steps might seem rather brutal, meanwhile others are very much possible and some are not as problematic as one might think. Why should we not eat an animal that is killed in big numbers instead of throwing it out for example?

This is one of the questions this project wants to raise and make you think. And maybe there isn’t even a real answer to that except for ‚I don’t like the taste if it’.
Though you should first ask a hunter if they might be willing to get some raccoon meat for you so you can try it yourself. 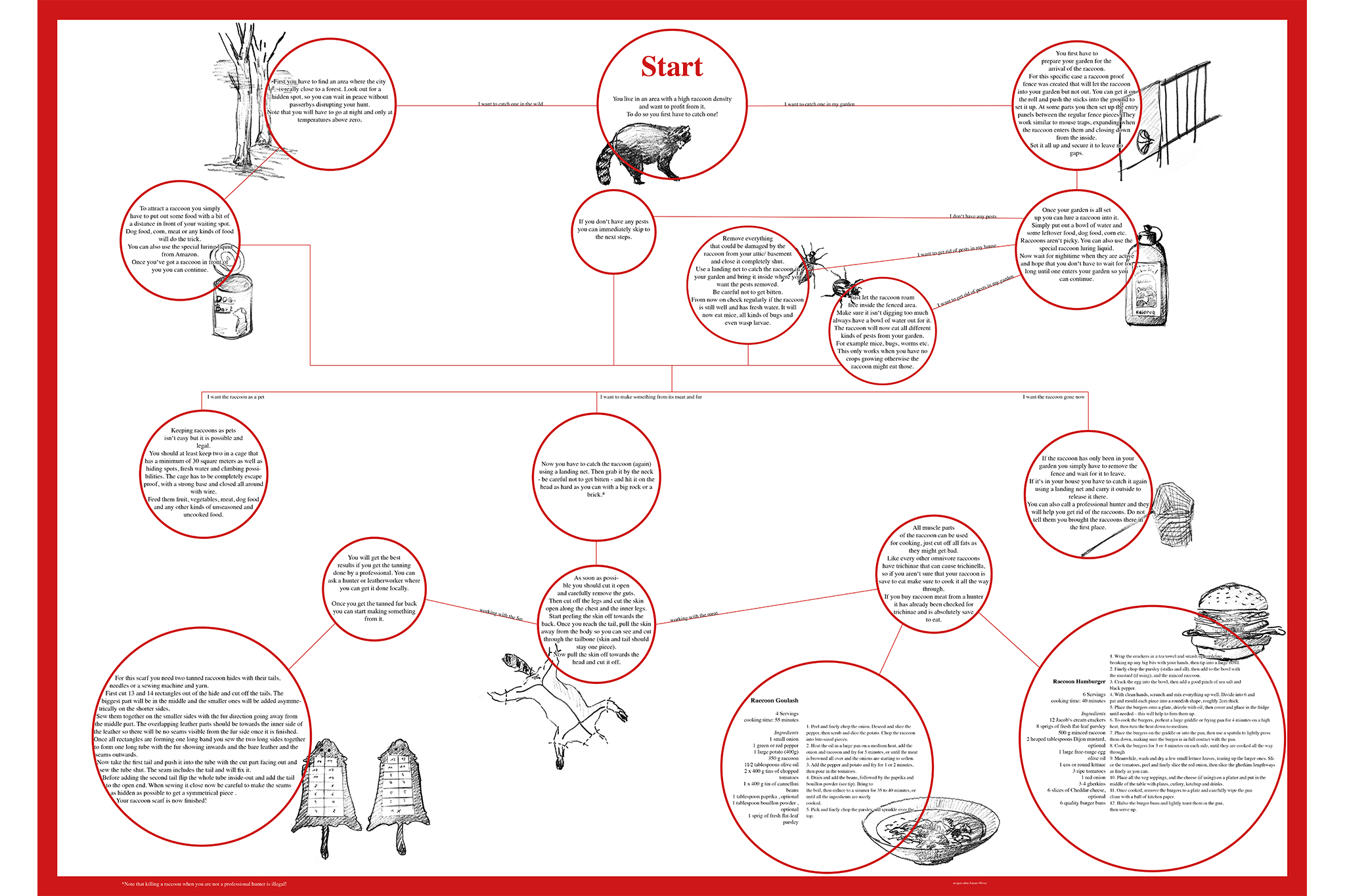 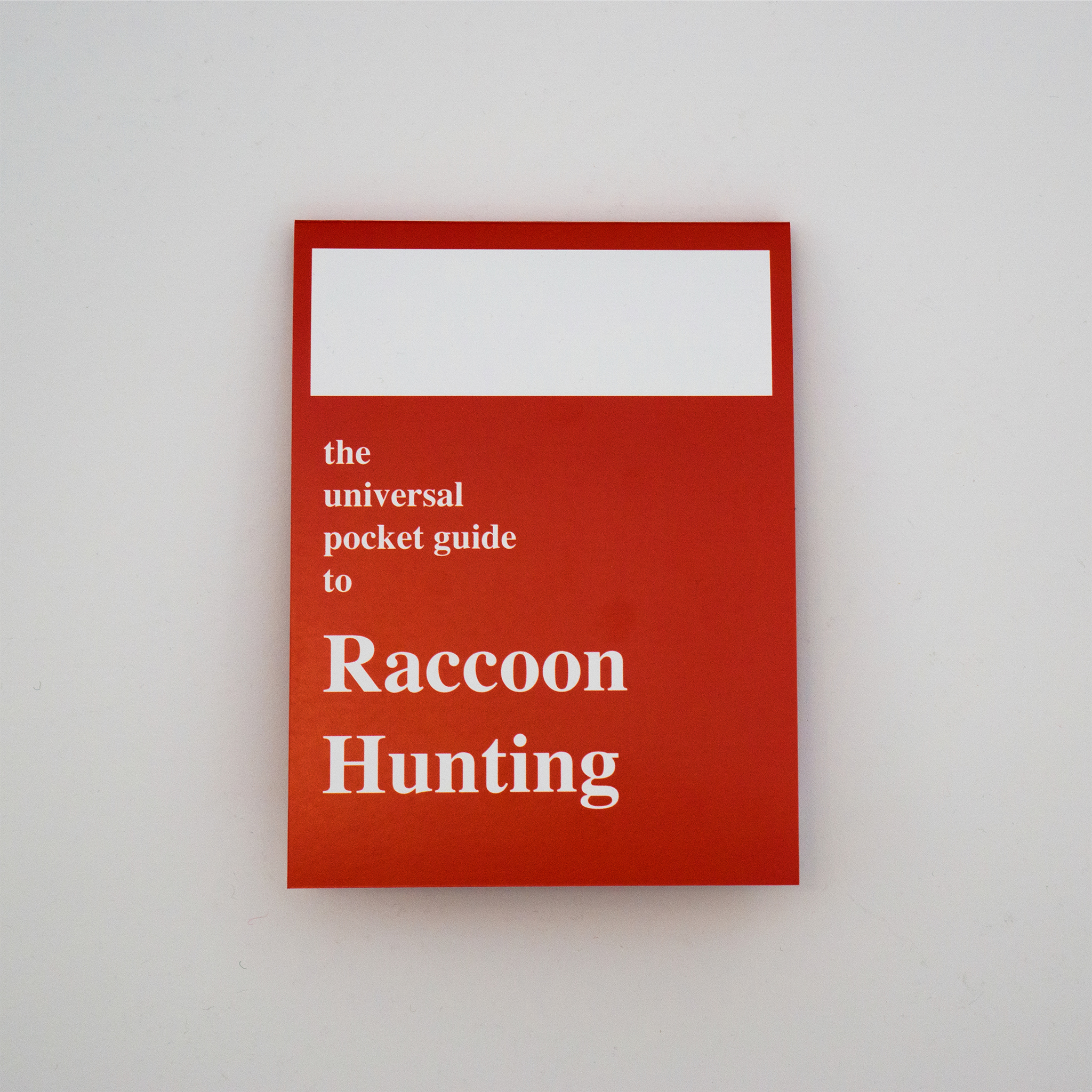 The cover of the folded guide 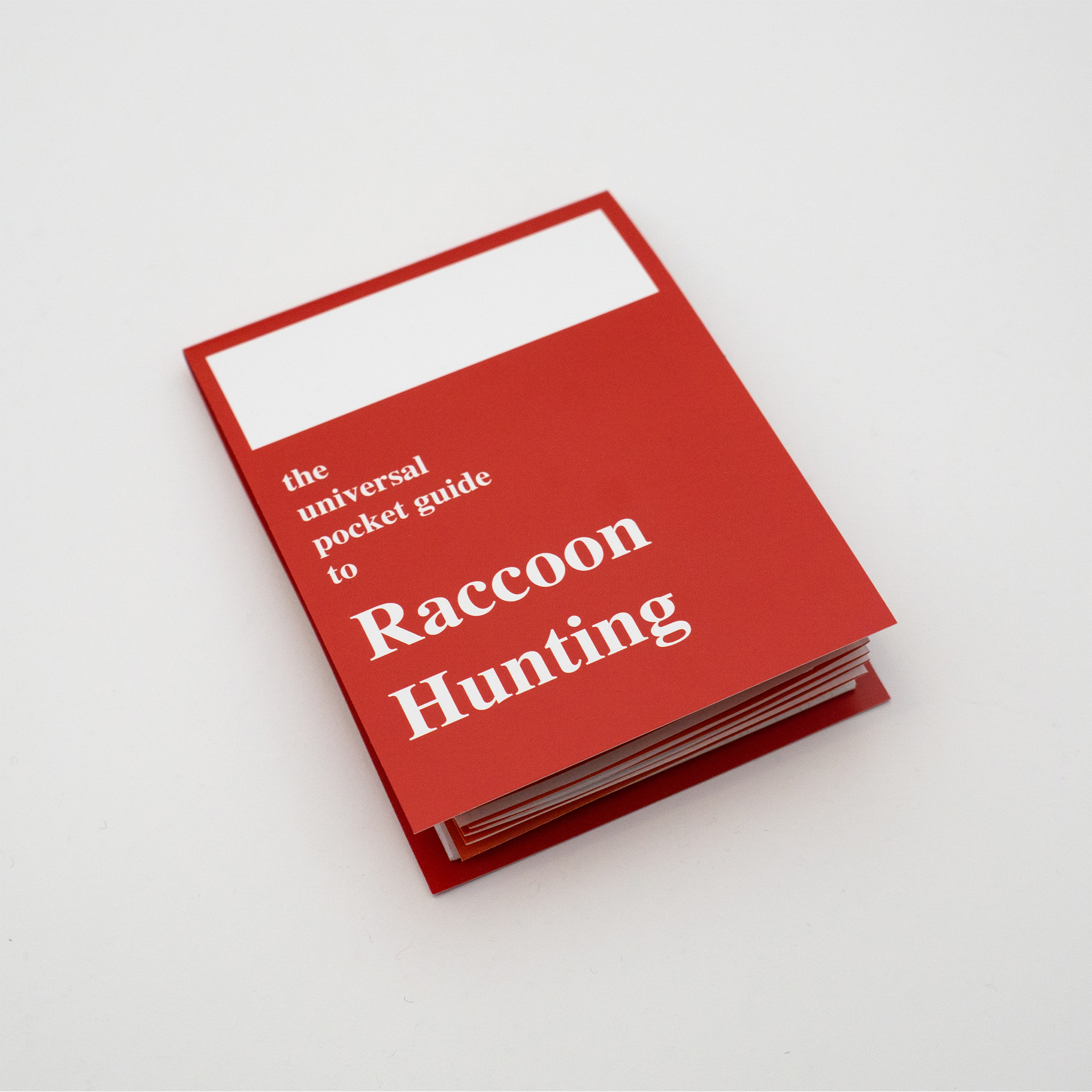 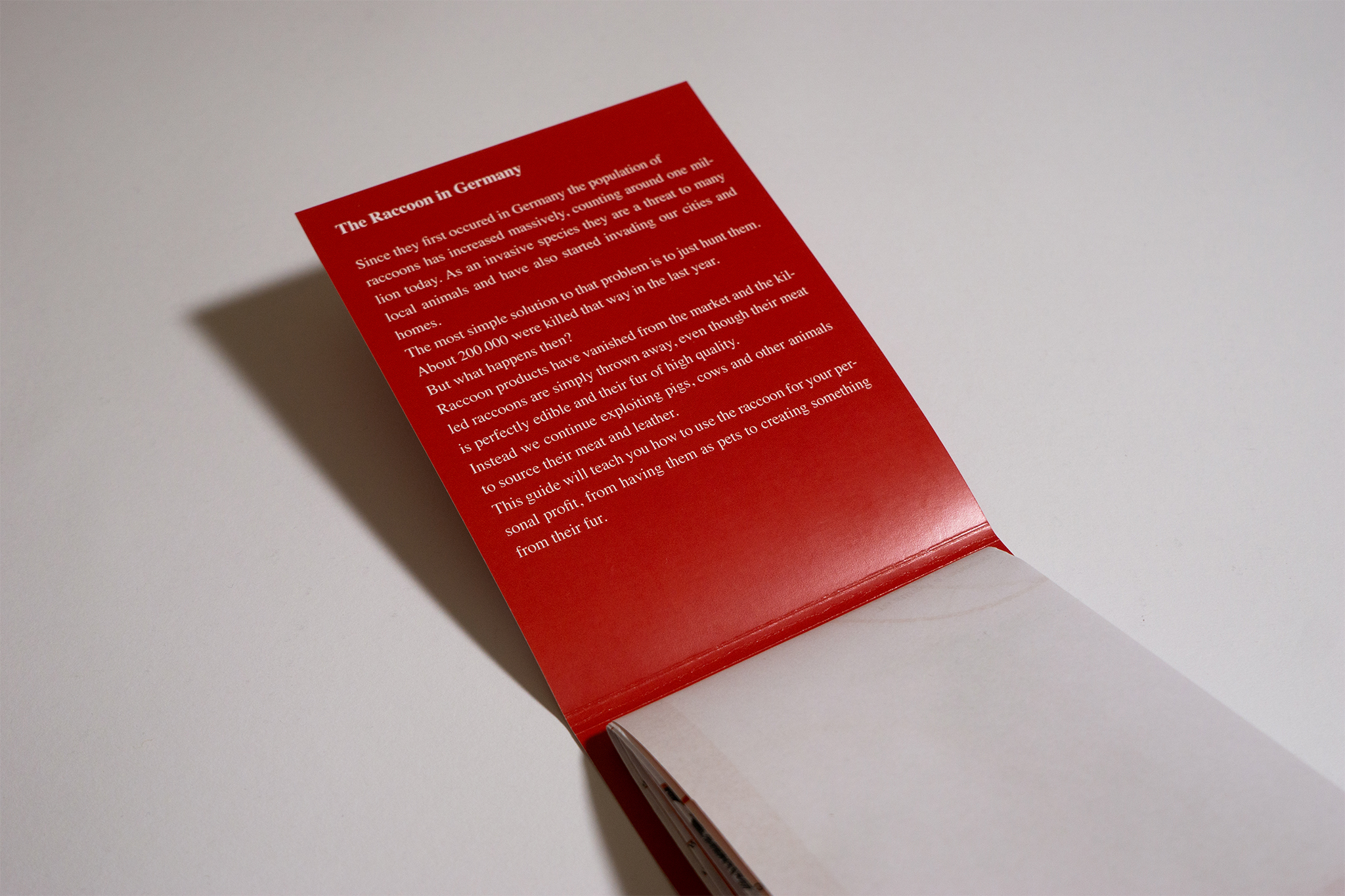 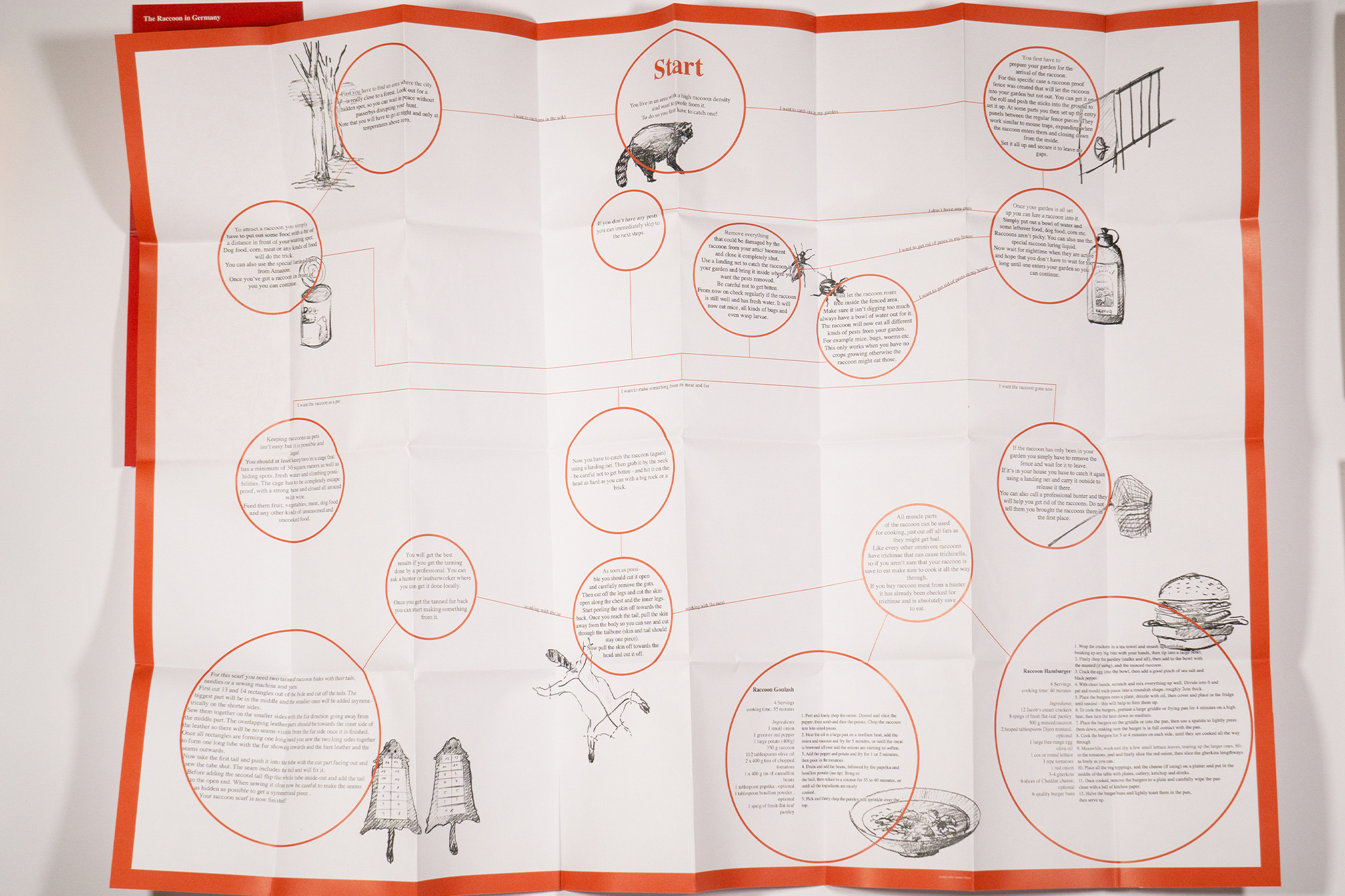 The fully folded out guide 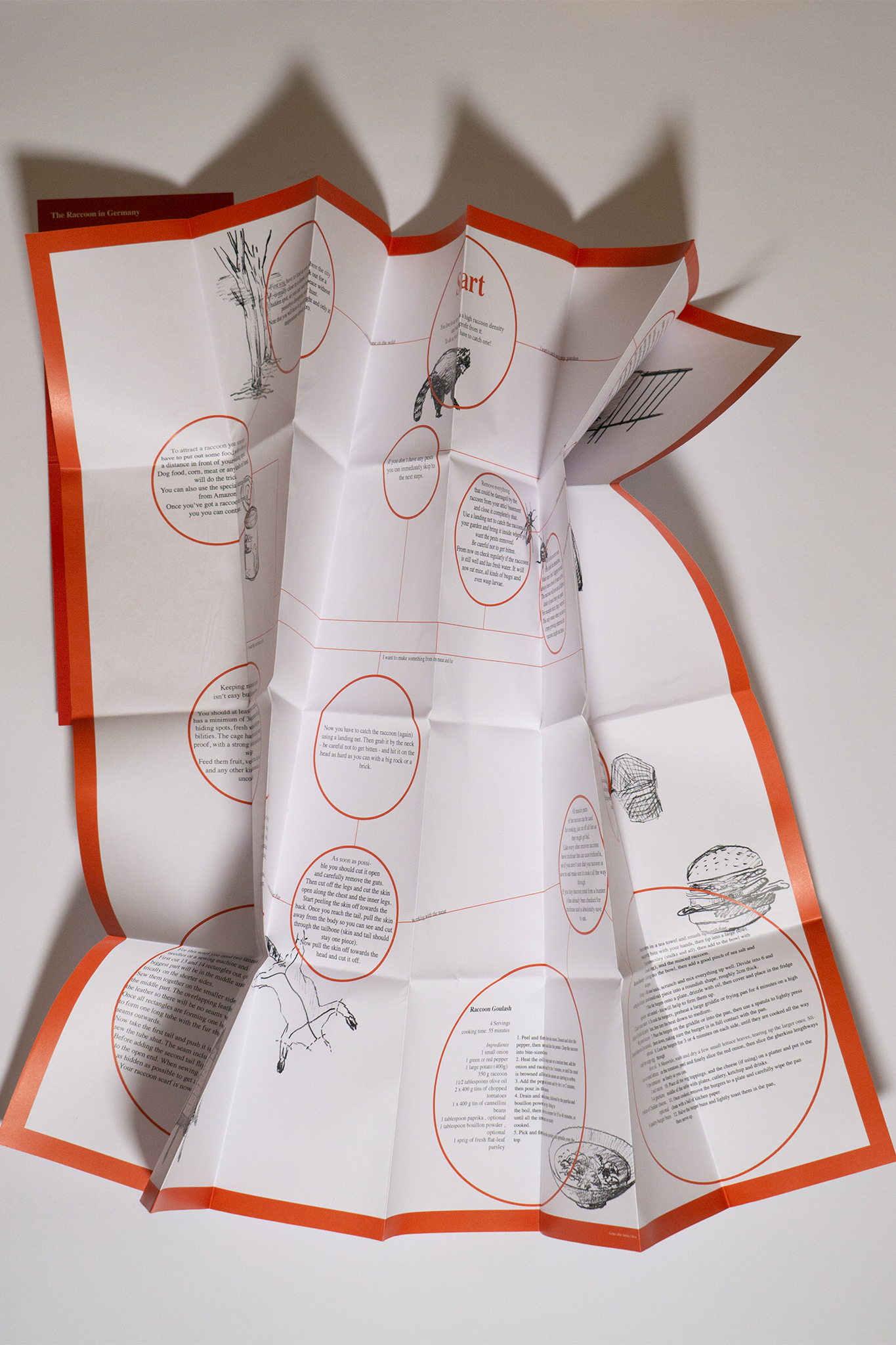 Inside is the guide in A1 format and can be folded out. 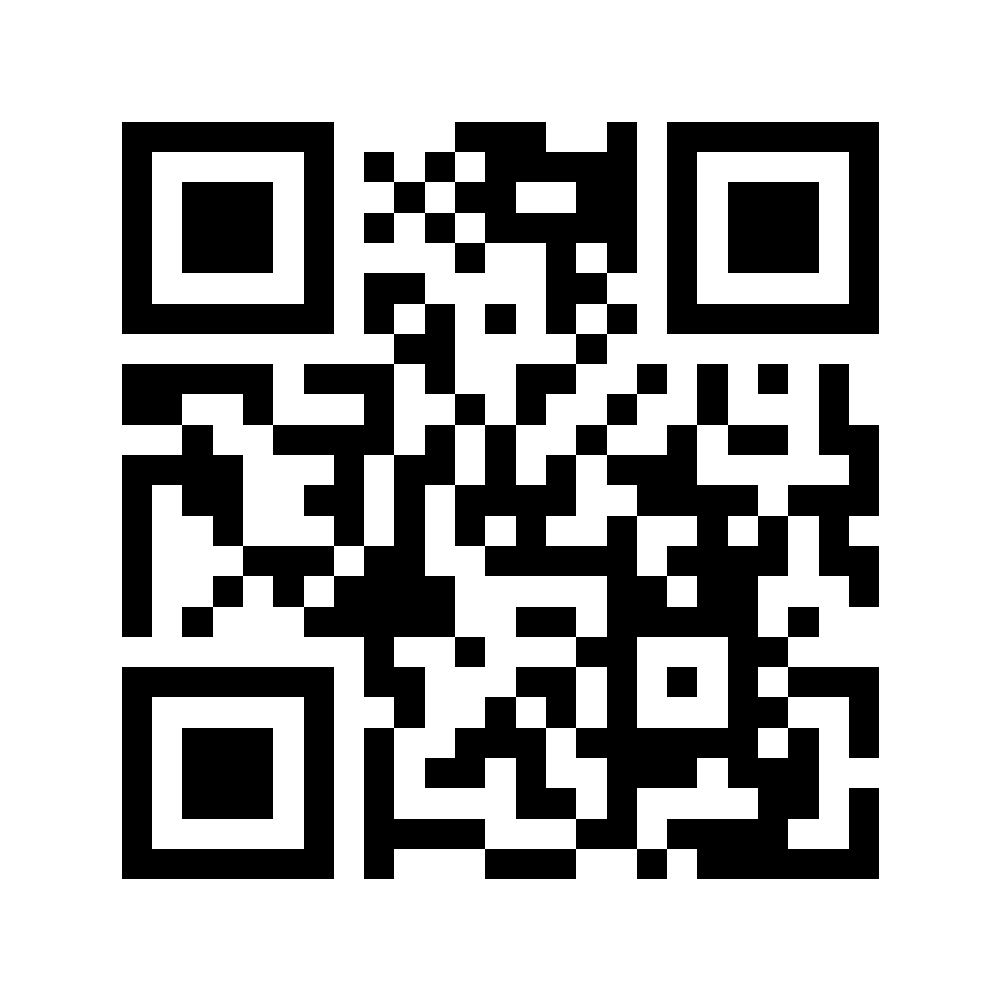 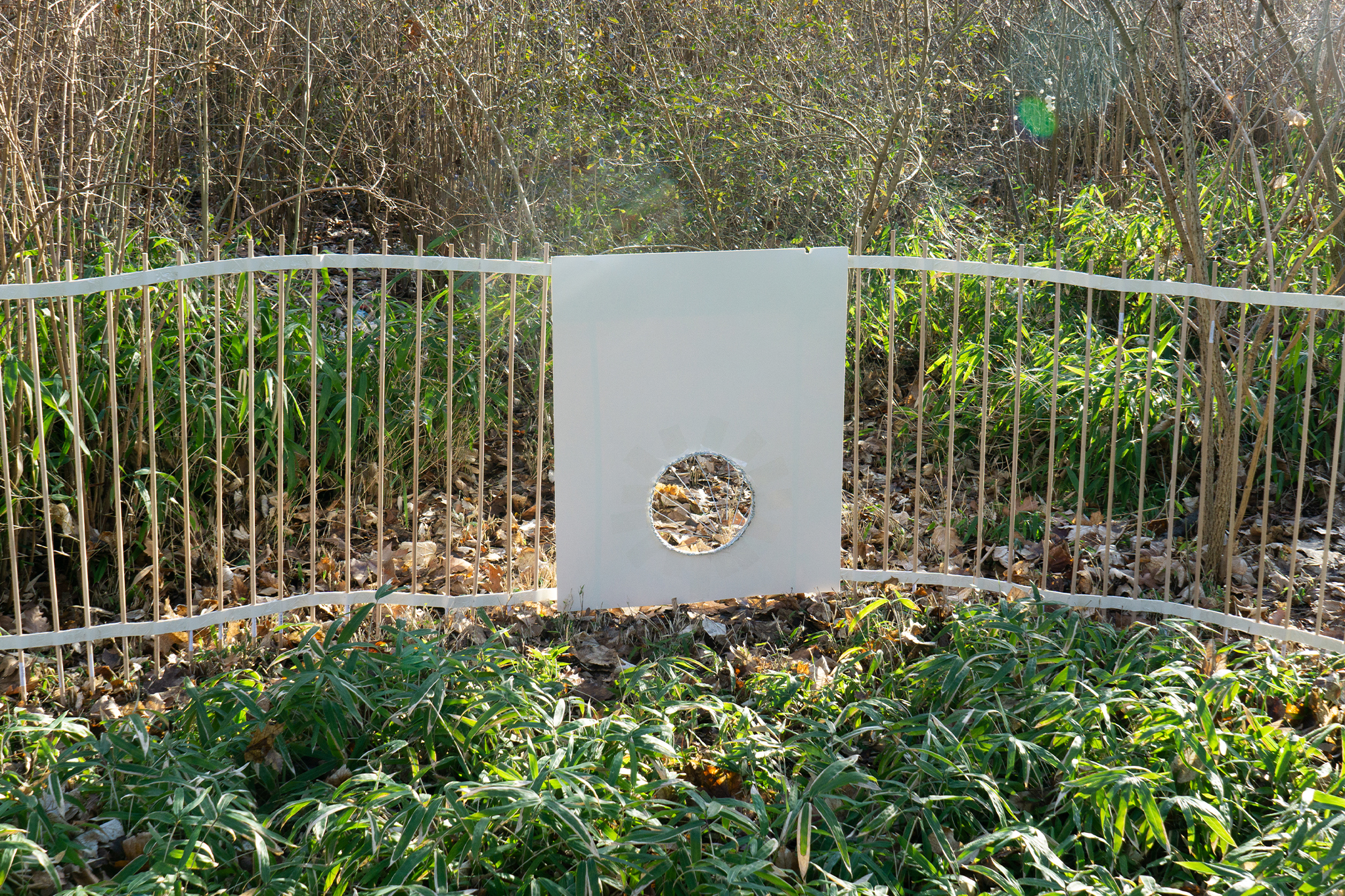 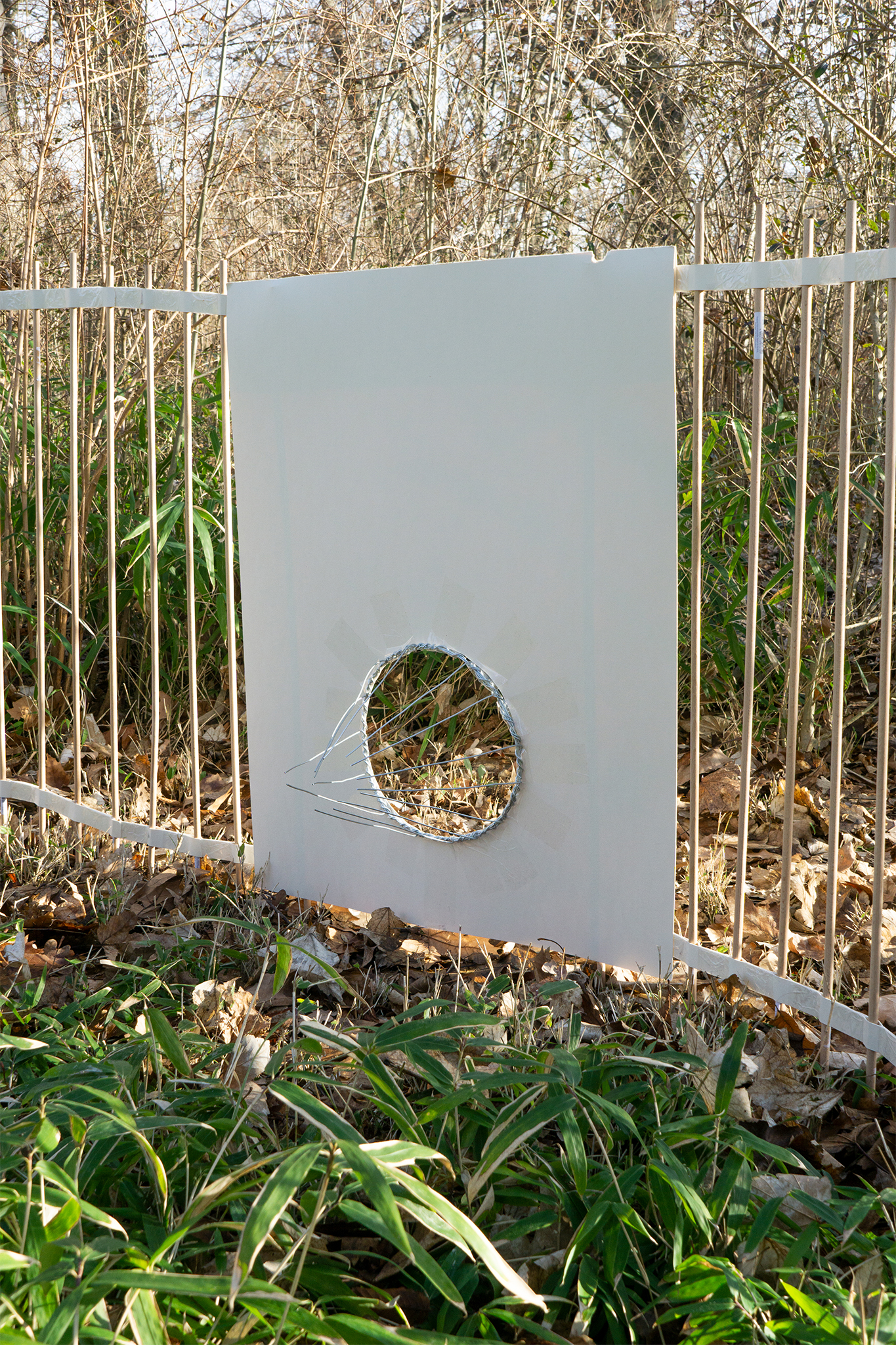 The entry piece from inside the garden 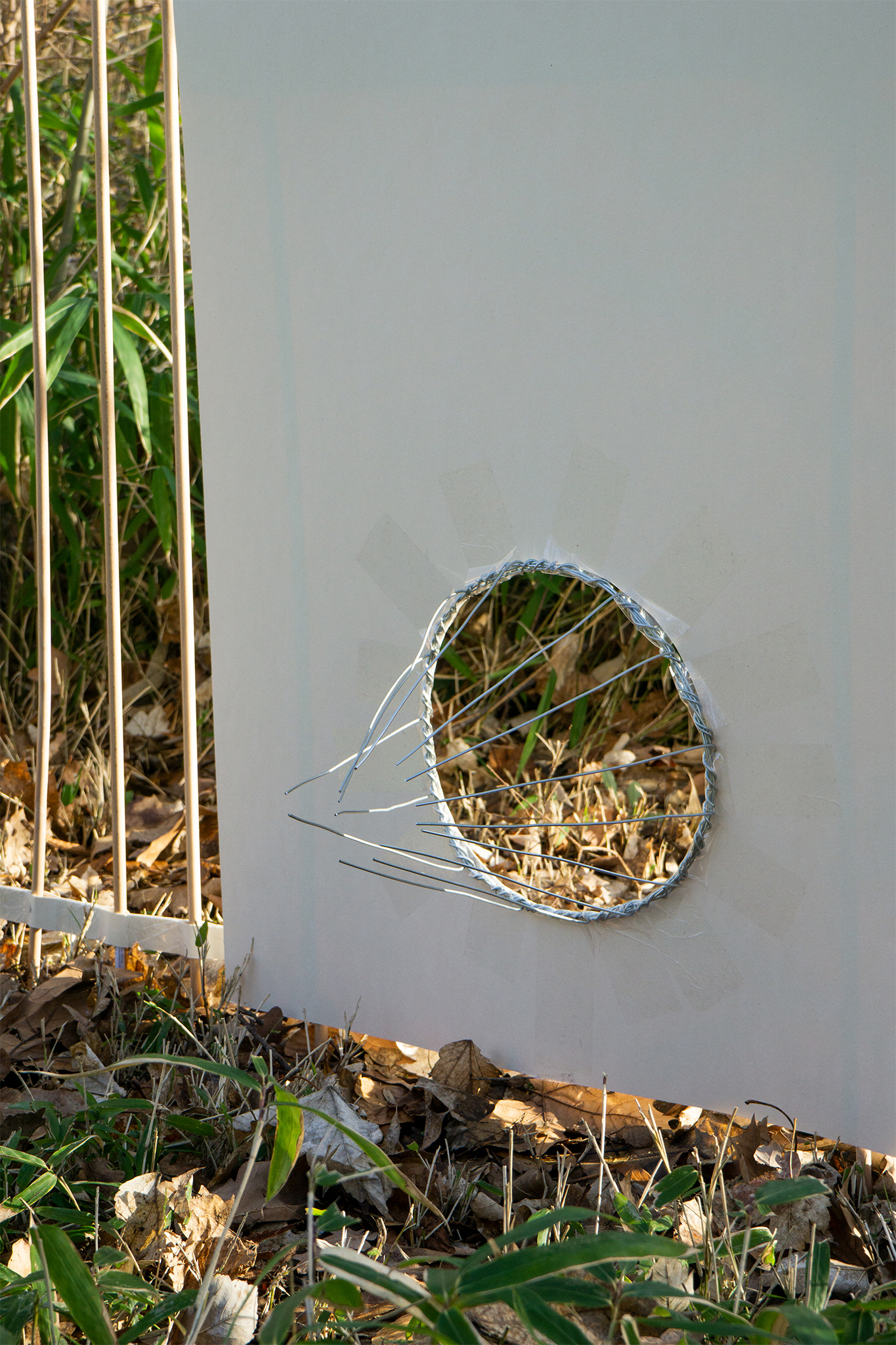 Detail of the entry. The raccoon cannot pass it from this side 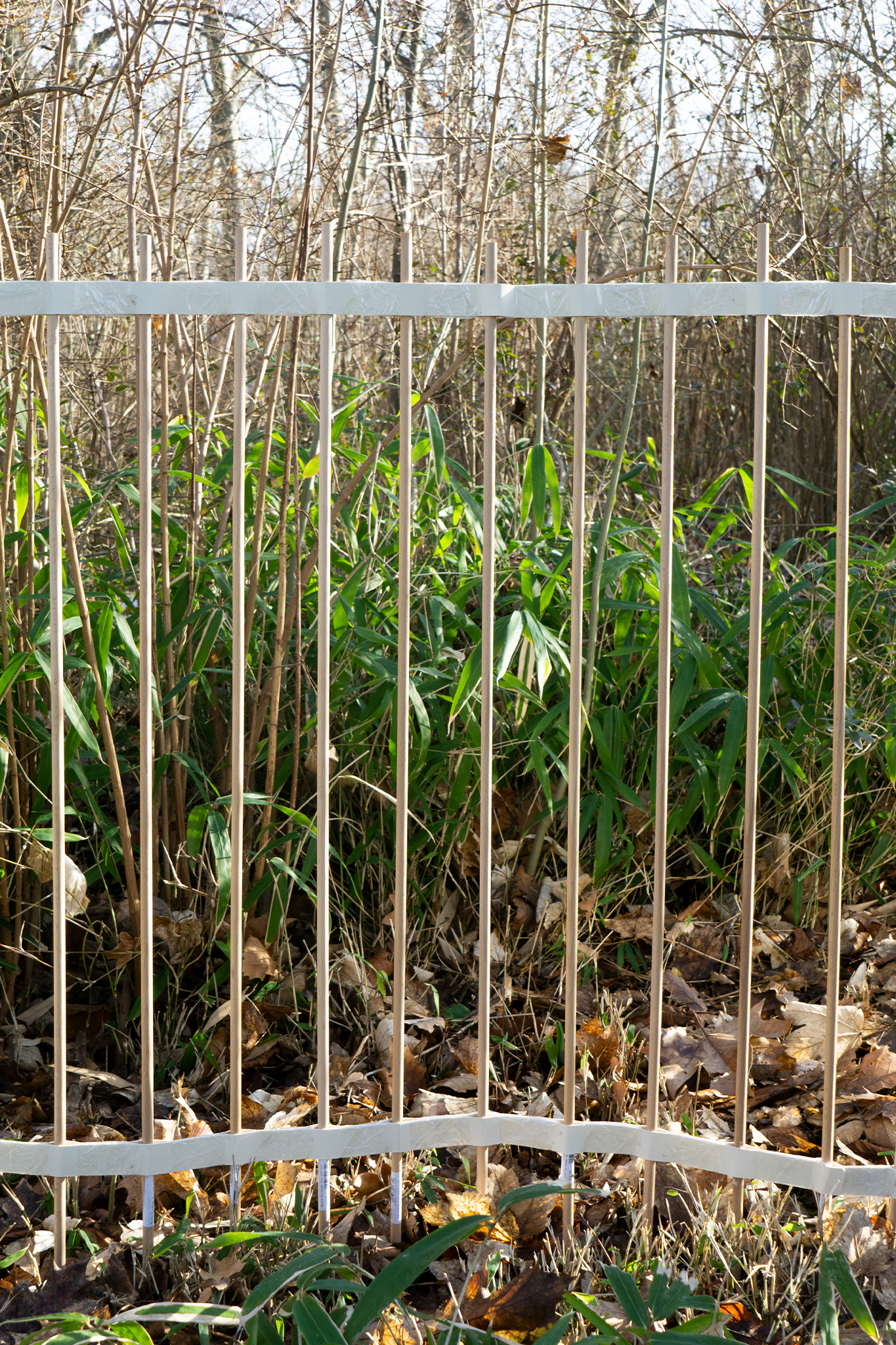 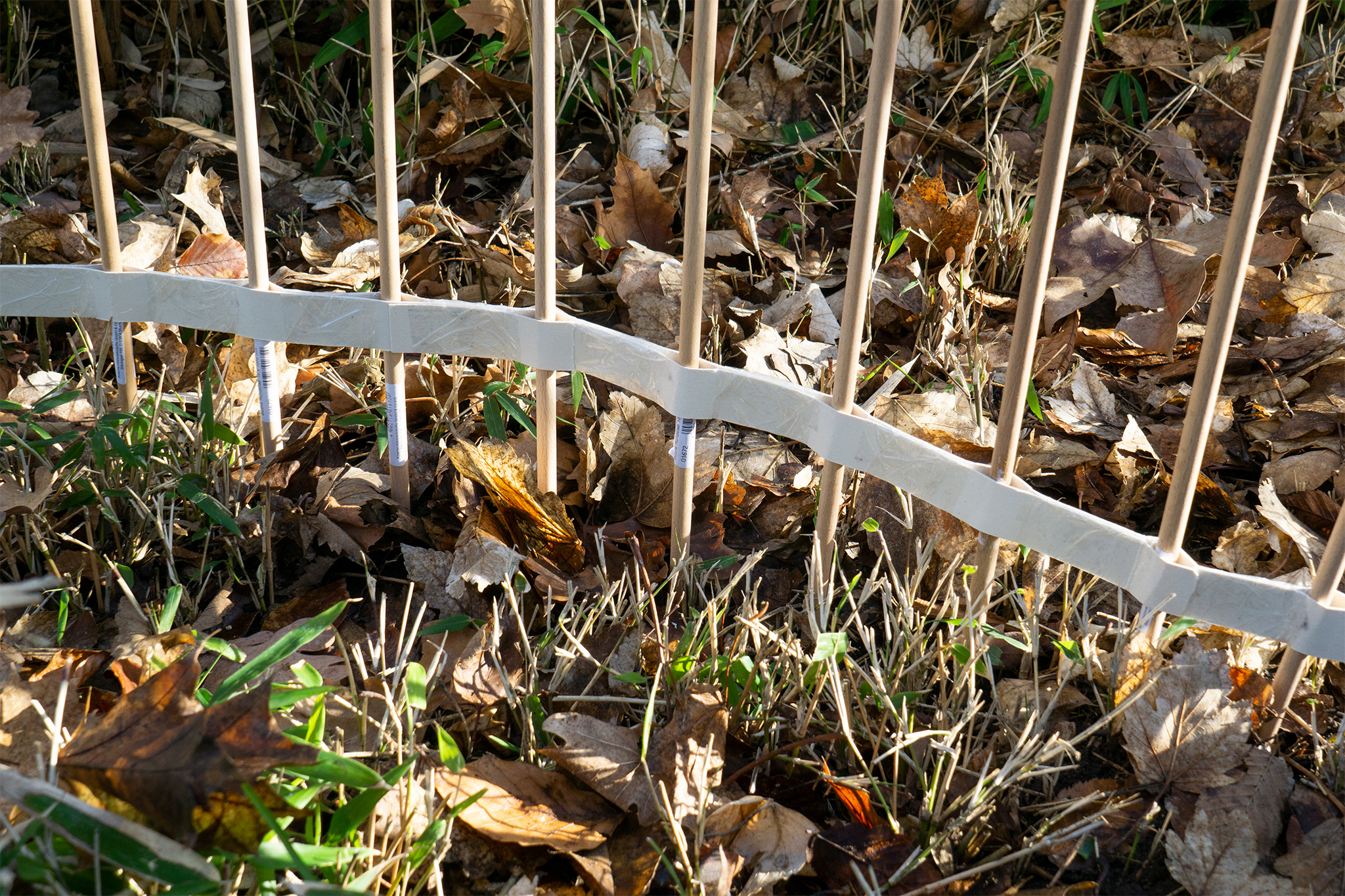 Detail of the regular fence part sticked into the ground